How Has Brexit Affected the Property Market? 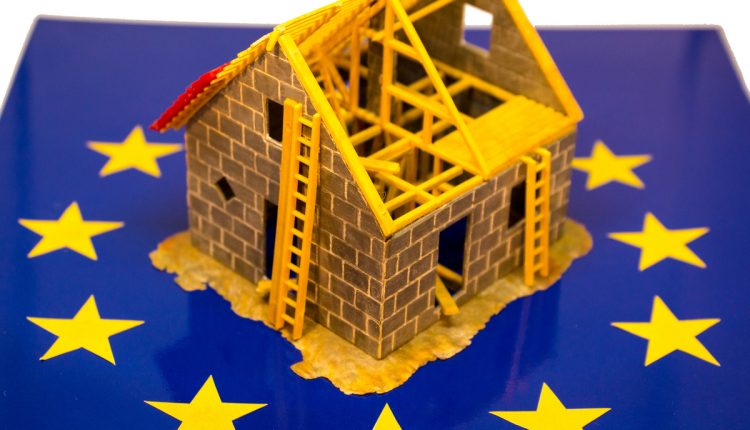 Two years after the UK decided to exit the European Union, a lot has changed. Below Paresh Raja, CEO of Market Financial Solutions, discusses in depth the long term impact Brexit has had on the UK’s property market and the challenges moving forward.

23rd June 2018 marked two years since the UK public voted in favour of leaving the European Union. The implications of this decision were felt almost immediately – David Cameron’s resignation as Prime Minister on the morning of the announcement triggered a sharp downturn across various financial markets, with economic commentators fearing the worse. However, in the months that followed, the UK economy was able to effectively bounce back from the initial shock, with a “business as normal” mentality soon taking hold throughout the private sector.

The triggering of Article 50 on 29 March 2017 signalled the beginning of a two-year negotiation period, which will lead to the UK’s eventual withdraw from the EU in March next year. However, the calling of a snap general election followed by a hung parliament and formation of a minority-led Conservative Government brought into question Theresa May’s ability to manage Brexit. According to a nationally representative survey conducted by Market Financial Solutions at the beginning of the year, 58% of investors said they had less confidence in the strength and unity of the Government than they did at the beginning of 2017.

Yet, as we review the 24 months that have passed since this momentous political announcement, there has been little actual detail revealed as to how Brexit will impact areas such as immigration, taxation and investment. Despite such uncertainty, the UK economy has continued to post impressive growth figures – national GDP grew by 1.8% in 2017, which was higher than the 1.5% forecast issued by the Office for Budget Responsibility.

One of the industries that has remained a leading topic for debate is real estate. Worth an estimated £6.79 trillion – or 3.65 times of GDP – in 2016, the UK’s housing market is important due to the significant volume of capital investment it receives, not to mention the huge interest there is among prospective buyers. Observing the events that have transpired since 23 June 2016, it is timely to consider how the property market has fared?

Following the EU referendum, there were concerns that property’s attractiveness as an asset would decline. This was based on the assumption that investors would be unwilling to pursue such a sizeable investment during times of political transition, with claims that foreign investors would be compelled to look to other European countries.

However, what we have seen instead is the UK’s on-going popularity as a destination for property investment. The Office for National Statistics revealed an annual rise of 4% in total investment in Q4 2017, equivalent of £84.1 billion worth of capital being injected into the UK’s construction, commercial and residential property sectors. Moreover, in April 2018 the average house price in the UK was £226,906 – a 3.9% increase on the previous year’s figures and a 6.6% rise since the EU referendum.

Part of the reason why property prices are rising is due to investor demand for a secure asset. Traditionally, investors gravitate towards assets that are able to offer safe returns in times of economic and political transition.

Indeed, to assess how investors were approaching their financial strategies in 2018, Market Financial Solutions surveyed more than 2,000 UK adults – the research found that 53% of investors would rather invest in traditional asset classes such as property instead of newer asset classes, such as cryptocurrencies. Moreover, nearly two-thirds (63%) of investors said they consider property to be a safe and secure asset in the current market.

This timely research demonstrated that investors are holding a positive long-term outlook for the UK property market, and are not letting the uncertainty surrounding Brexit affect their financial strategies. Moreover, the investor community is clearly confident in the future growth prospects of the UK economy.

Looking to the future, there is little indication that people in the UK will turn away from property investment. On the contrary, market demand is currently outweighing supply, leading to an imbalance which is making it more difficult for people to quickly find and complete on a property purchase. The Government has introduced a range of creative measures to increase the available housing stock, including proposed reforms to home planning laws. These have been generally welcomed by the sector, but there remain calls for more to be done.

Despite uncertainty surrounding Brexit, the UK property market remains increasingly competitive – this make it extremely important for government and industry bodies to address the fundamental challenges faced by those seeking real estate investments, including access to finance. Its popularity as a safe and secure asset, coupled with its stable returns, mean that Brexit will ultimately not deter investors from property opportunities; but evidently progress must be made to help people get on, or move up, the property ladder.