How Can Legal Reform Encourage Cycling? 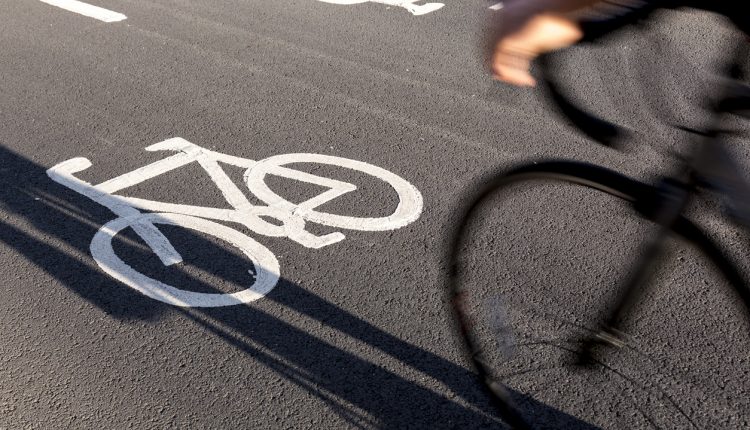 We all know that cycling is a great form of exercise, benefitting both mind and body. Various studies have shown that cycling to work or school substantially improves fitness and helps to maintain a healthy weight. Taking a bicycle instead of a car is also a Green option. However, according the British Social Attitudes Survey released in August 2017, 59% of respondents agreed with the statement, ‘It is too dangerous for me to cycle on the roads’. So how can legal reform help get us out and about on our bikes? Here are some ideas from the experts at Osbornes Law.

Opening up the network of public footpaths to cyclists would instantly create more cycle pathways. Currently in England and Wales, most rural footpaths are prohibited to cyclists, who are instead relegated to bridleways, which are generally unpaved and so less suitable for bicycles. This situation stands in contrast to the rights of cyclists in Scotland: the Scottish Land Reform Act of 2003 gave new access rights to cyclists, with the provision that they adhere to fair use guidelines.

However, the ready availability of nearby cycle paths should not prohibit cyclists from using the road. This rather unusual possibility was highlighted in August 2006 when a Telford district judge fined a cyclist for using the road rather than the nearby cycle path. Thankfully, the judge’s decision was overturned in February the following year.

In many European countries, when it comes to a collision between a cyclist and a motorised vehicle, the law automatically assumes that the motorist was at fault. Of course this assumption may be challenged with evidence to the contrary, but if it is upheld, the cyclist is entitled to full compensation from the driver’s insurance, covering any injuries as well as any financial losses. Perhaps if this approach was adopted in the UK, it would tend to focus the driver’s mind towards cycle safety?

There is also concern that when a case comes to court, dangerous driving is incorrectly described as careless, a use of terminology which can have considerable implications to any subsequent sentencing. Imposing more severe penalties on drivers who injure cyclists may improve attitudes towards road sharing. For drivers who have deliberately caused danger to other road users, charges of manslaughter or assault may be appropriate, with consequent custodial sentencing rather than simply a driving ban. Repeat offenders should be taken off the roads.

Expand the Cycle to Work Scheme

Changes to the law could improve access to bicycles. The Cycle to Work Scheme is already a valuable, tax exemption benefit for employees. Legislative changes could permit the expansion of the scheme to cover electric bicycles, currently not covered due to the £1,000 limit. Electric bikes would make cycling available to those who currently do not ride, including those who are in poorer health, are older and who live in hilly areas.

The APPCG which aims to encourage cycling in the UK, recently conducted an inquiry entitled, ‘Cycling and the Justice System’. The group took evidence from vested parties, including cycling organisations and members of the general public, in order to examine how the current judicial system impacts on cyclists.

During five separate sessions, the APPCG listened to discussions such as ‘Road users and victims’ and ‘Driver awareness and civil justice’. The resultant report offered 14 recommendations including:

And in the Capital

The Mayor of London is aiming to make cycling in the capital a normal part of everyday commuting. To further this ambition, he is introducing various strategies to make cycling in London an activity to be enjoyed safely by all. These include:

In addition to these measures, the London Cycling Campaign with their Safer Lorries Safer Cycling Campaign is pushing for improved lorry safety. According to their website, lorries are involved in half of cyclist fatalities in Greater London and also are responsible for causing life-changing injuries. The London Cycling Campaign is asking that all lorry drivers undertake cyclist-awareness training and all lorries should have the latest safety equipment fitted in order to help the driver be more aware of vulnerable road users. The Campaign has already succeeded in putting the danger of lorries at the top of London’s cycling safety agenda.

Ultimately, safer cycling conditions will amount to more cyclists regularly using their bicycles. Fair and reasonable legislative changes could go some way to achieving this goal to the benefit of both individual health and the environment.