Burying the Dead: A Lot of ‘Hassell’ 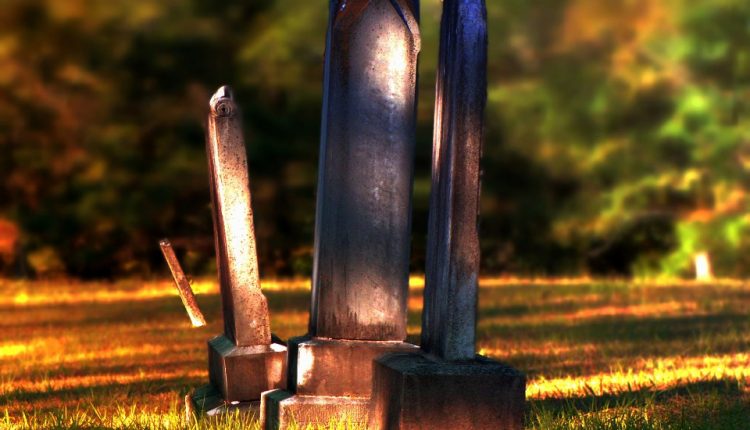 On 27 April 2018 the High Court ruled that Senior Coroner Hassell’s policy never to prioritise any decision on the basis of the religion of the deceased or family was unlawful and should be quashed. This is Hassell’s third defeat in Court. A pattern is emerging. She attempts to avoid her duties to a minority; she is challenged in Court,  loses badly…then and tries again.

On average there is a delay of 15 days between death and burial in the UK, which many people prefer as this allows them time to organise personal ceremonies with bespoke requests. However, by contrast, in accordance with Muslim and Jewish religious law, burial should take place on the day of death. Coroners habitually provide an out of hours service to allow this. But not Hassell. On taking office in July 2013 she immediately suspended an ‘out of hours service’ in the area she controls, causing much anguish to the large Muslim (c.19%) and Jewish (c.3%) communities there. But she did not stop.

Muslim and Jewish religious law views an invasive autopsy – involving cutting the body – as a desecration. It can be avoided where an electronic scan is able to establish the cause of death. Hassell has habitually refused permission to scan, without good reason. In 2014 my firm was instructed to obtain an injunction preventing an autopsy, pending the results of a scan. Mitting J said: that where “…there is nothing to be lost and something to be preserved, namely the rights in respect to the religion of the family…” the Coroner should allow a scan. To most this would seem obvious, but not to Hassell.

Less than a year later Hassell again refused to allow a scan, now for a Mrs Rotsztein who had died of heart failure aged 86. This time we not only obtained an injunction but took the case through to final judgment where Hassell’s reasoning was found to have been “flawed” (see R (Rotsztein) v HM Senior Coroner for Inner North London [2015] EWHC 2764 (Admin)). Her legal costs for 2014 – 2016 came to c. £250,000, a bill footed by the local authorities she serves.

In 2016 Ms Hassell was reprimanded by the JCIO, which found that she showed a “serious lack of judgment” when leaking a letter to the press accusing the Jewish community of persecuting her, a recurring theme as we shall see.

Most recently in 2017, in response to a request not to delay dealing with the death of an orthodox Jew, Hassell announced a new policy by which she declared that “No death will be prioritised in any way over any other because of the religion of the deceased or family, either by the coroner’s officers or coroners” (the “Policy”). On 27 April 2018, Lord Justice Singh and Mrs Justice Whipple, sitting in the High Court, quashed the Policy declaring it to be “over-rigid” “unlawful”, “discriminatory” and “incapable of any rational justification” and finding that it infringed Articles 9 and 14 of the ECHR. See R (on the application of Adath Yisroel Burial Society) v Senior Coroner for Inner North London [2018] EWHC 969 (Admin).

Coroner Hassell, who described her Policy as a “cab-rank rule”, said that dealing with deaths in strictly chronological order was the fairest way to use her resources. She referred to the need for priority as “queue-jumping” which she declared unfair. This reasoning showed a total lack of understanding of the law and of the way it operates to protect minorities and thus to build a pluralistic society.

Article 9 of the European Convention of Human Rights, enshrines the right to “[freely] manifest one’s religion or beliefs.”

The ECHR stressed its importance as a foundation stone of a pluralistic society in Eweida v United Kingdom (2013) 57 EHRR 213:

“…freedom of thought, conscience and religion is one of the foundations of a ‘democratic society’ [for] …believers and their conception of life, but it is also a precious asset for atheists, agnostics, sceptics and the unconcerned. The pluralism indissociable from a democratic society, which has been clearly won over the centuries, depends on it.”

The Claimants were not seeking automatic priority, but merely that Coroner Hassell should strike a fair balance between the rights and interests of different people in society. As Singh LJ said:

“The fundamental flaw in the present policy adopted by the Defendant is that it fails to strike any balance at all, let alone a fair balance.”

Hassell could not grasp that fair treatment does not always mean that everyone is treated in an identical way. Patients in an A&E department who require urgent treatment will be prioritised ahead of others. As Singh LJ said “reasonable people in society would not regard that as “queue jumping” or otherwise unfair”.

At its heart, Hassell did not understand what Elias LJ described as “perhaps the most fundamental principle of justice”, which is that “Like cases should be treated alike and different cases treated differently” (AM (Somalia) v Entry Clearance Officer [2009] EWCA Civ 634). In the case of Jakóbski v Poland (2012) 55 EHRR 8, prisoners received identical food, consisting of meat. Yet a Mahayana Buddhist, whose faith required him to be a vegetarian starved, while others ate well. Equal treatment for all had an unequal impact on the Buddhist, which was discriminatory. As the Court succinctly put it: “Uniformity is not the same thing as equality.” Mr Grodzinski QC successfully argued that Hassell’s policy put Muslims and Jews at a “particular disadvantage” when compared with persons who had no particular need for an early burial.

One noteworthy element in the case is the manner in which Hassell sought to defend her unlawful policy, by way of an attack on one of the minorities she is supposed to serve.

In response to my letter seeking legal redress, she refused, saying that “I appreciate that you do not have an in-depth knowledge of …coronial law”. Her correspondence variously argues that she or her staff had felt “pressured”, “abused and upset”, “intimidated”, “bullied” and even “persecuted” by the demands of my clients to whom she referred to as “the Rabbis” and of my firm, to whom she habitually referred as “the lawyer in Israel” (we are an English law firm, with head office in London, but I work from our office in Tel Aviv).

In private correspondence to the Chief Coroner, she wrote that “…everything stops when we have a Jewish death….” and argued that she could not do her other work because “all I had done …. was deal with the noise arising from one Jewish death.” This was hard to reconcile with her later evidence indicating that the Jewish death in question absorbed only 12 minutes of her judicial time.

Apparently to illustrate this theme of having undue demands made upon her resources, Hassell placed before the Court an anonymised letter which she declared “is relevant for the Court to see”. The letter accuses the orthodox Jewish community of pursuing “agendas … in opposition to British values”; and of subverting various institutions “to further the community’s interests” including “local councils, the police, the health service, social services, safeguarding bodies, the Department for Education and Ofsted.” One is left wondering why the author forgot to mention the Banks and the Media. This peroration reaches its crescendo with “the legal system” which it says “is a favourite weapon used, since it is a place where people can manipulate fact, are free to use psychological and verbal abuse, dirty tricks and manipulation.”

That Hassell, herself a trained lawyer and a Judge, should consider that such material has any place before an English Court is most worrying. It is particularly worrying for a minority group to be thus castigated when it had done nothing beyond properly challenge a policy which the Court found to be manifestly unlawful and discriminatory.

The Court rejected Hassell’s argument that her limited resources justified a rigid discriminatory policy, pointing out that resources are always finite.

The judgment is an important reminder of the values which underpin British society, and which are essential for a pluralistic society to function. As the Court summarised:

“The kind of society which is envisaged by the Convention and the HRA is one which is based on respect for everyone’s fundamental rights, on an equal basis…it is a society which is characterised by pluralism, tolerance and broad-mindedness. It regards democracy as being a community of equals.”

Whether Hassell will now seek to meet or to thwart the needs of the minority faith groups she is meant to serve remains an open question. In response to the Judgment, Hassell announced that henceforth she “will consider every family for prioritisation.” When asked, she refused to say how she intends to implement this new policy, so there may be further bumps in the road ahead.

Trevor Asserson and Avital Berger of Asserson Law Offices were solicitors for the Claimants.