Analysis from the Market Inspector, as per the report, ‘Gender Inequality in the Workplace’ shows that there is still progress that needs to be made in the workplace. The report shows that in 2017, only 35% of women in the UK are in managerial positions, while when it comes to junior positions, 69% of employees are female; perhaps alluding that women are less likely to take on or be offered leadership roles.

As a result, Savoystewart.co.uk decided to find out what men and women think of each other in the workplace, and whether they blame gender inequality for the issues they experience.

To do so, Savoystewart.co.uk extracted data from a YouGov survey which asked 1,579 adults in the UK who are working, or have previously worked, if they have experienced different scenarios at work regarding gender inequality. Once the survey had clarified that they had experienced an uneasy situation at their place of work, the respondents were then asked if they believe their gender to have played a role.

Savoy Stewart pulled the questions from YouGov and identified the following information.

The respondents were also asked if they have been spoken over or ignored in meetings, and the number of women (41%) and men (42%) responding affirmatively was almost equal. However, when asked if they believe gender was to blame, 30% of women said yes, while only 5% of men responded said the same.

Simultaneously, Savoystewart.co.uk observed that when the respondents were asked questions regarding a positive scenario such as if they have been promoted, 56% of men tend to have more opportunities than women (44%). However, when asked if a promotion had occurred because of their gender, it is interesting to note that both men and women did not agree that their gender contributed towards a promotion. However, 20% of women claim their gender was to blame when given less complex tasks compared to people on the same level. 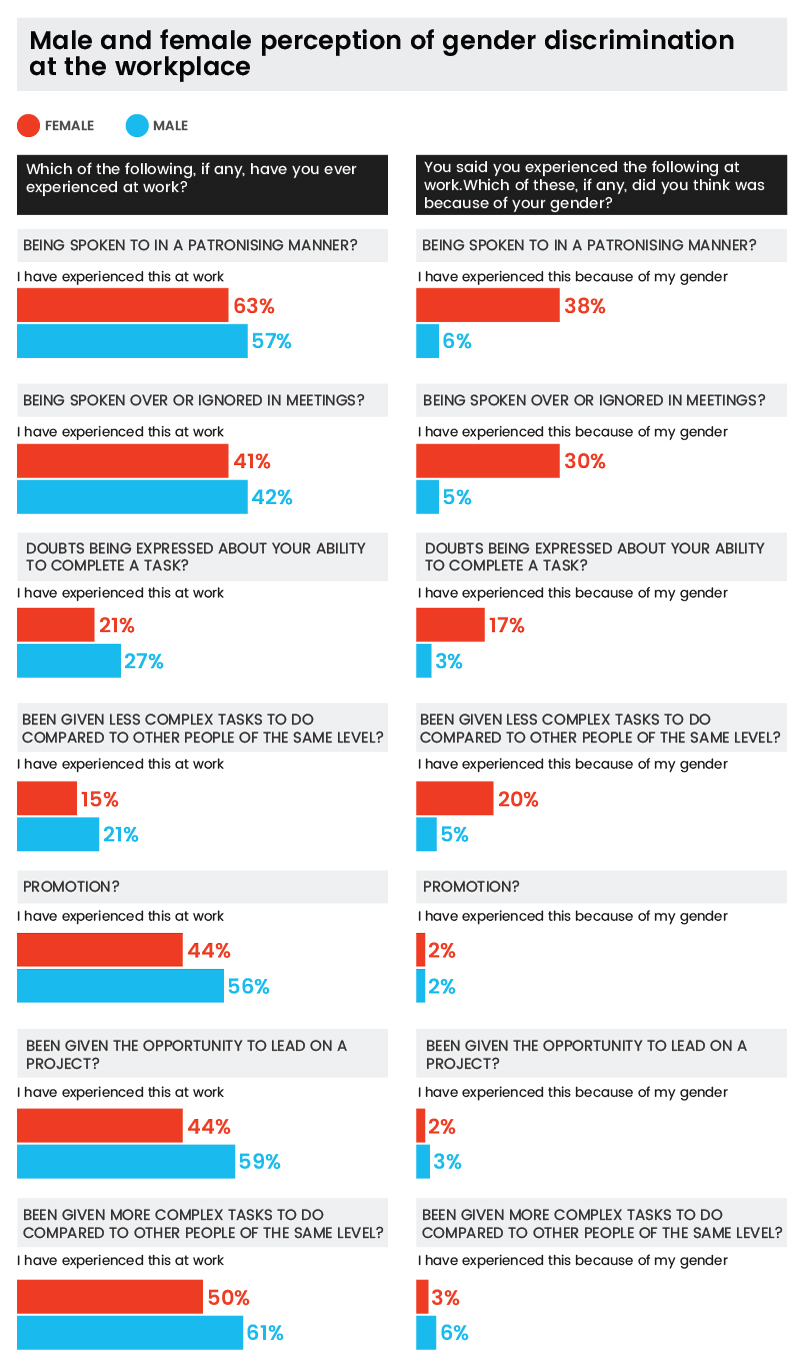 Darren Best, managing director of savoystewart.co.uk, comments: “Whilst gender inequality in the workplace has gradually narrowed over the last decade, the issues which underpin it still continue to exist unfortunately. This research highlights that more needs to be done to bring women on the same pedestal as men. Women who are being told they are not capable of doing certain tasks purely because of their gender is not only discriminatory but can make them feel uncomfortable and doubtful of their own capabilities.”