Taking on Big Pharma: How Persistence is Key 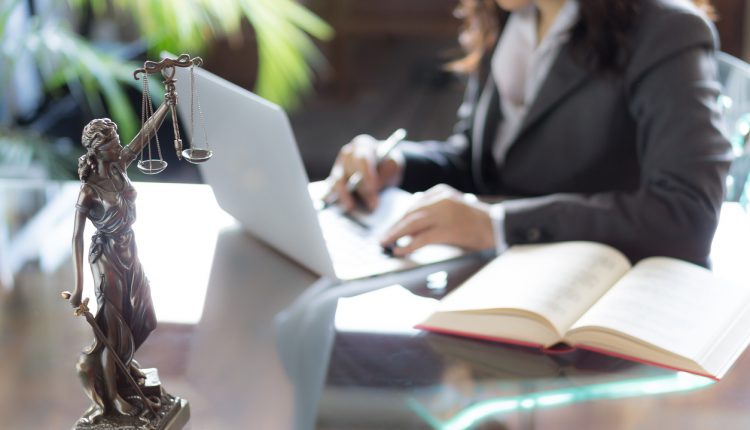 Marcus Susen and Justin Parafinczuk of the law firm Koch Parafinczuk Wolf Susen have been at the forefront of the national litigation against Essure, the permanent form of birth control, which includes more than 10,000 cases across the United States. Several years ago, lawyers were shying away from the case because the device had a “premarket approval”, creating hurdles to file a lawsuit no one wanted to face.

Marcus and Justin have spoken about their path that has led to now, the hurdles they were forced to overcome and the formation of the Plaintiff’s Steering Committee, in which they both hold leadership positions, Marcus as Lead Counsel and Justin as Discovery Chair. Their persistency serves as a valuable lesson for young legal professionals to keep with them throughout their careers.

The matter of mass tort litigation concerning the Essure contraceptive device offers a lesson in how persistence can play an essential role in advancing a case few attorneys thought worthy of taking on –less winning – and fighting a flawed product that had harmed countless thousands of users.

Dogged persistence took many forms that fell beyond the practice of law. Thousands of hours were, and continue to be, spent by us listening to the heart-breaking stories of thousands who suffered from complications – even before the case was accepted by the firm.

First thought futile by countless attorneys nationwide, the case of Helen McLaughlin vs. Bayer Essure, Inc., Bayer Healthcare Pharmaceuticals, Inc., has given hope to countless women and their families who have been affected by Essure’s use. Today, the matter is helping reshape the US Food and Drug Administration’s approach to medical device approvals and steering legislation affecting products. It’s impacting the legal sector itself.

Simply put, taking a hyper-active role in the case against Essure has proven that with persistence, change can come and advocacy can shine a bright, public light on a dangerous product.

Essure, Flawed from the Start

First, the background: Essure is an intrauterine birth control device developed and marketed as a “worry free” way to prevent pregnancy with 99% efficacy. Its owner, Conceptus, Inc., obtained Conditional Premarket Approval (CPMA) by the US Food and Drug Administration in 2002. Conceptus was acquired by Bayer in 2013.

At first, results seemed promising. But then, unbeknownst to each other, thousands of women around the world began experiencing a host of symptoms. It was found that Essure’s two tiny coils that were designed to prevent pregnancy were in some instances migrating out of the fallopian tube. They also perforated organs and caused persistent pelvic pain, hair loss, adhesions, bloating, excessive bleeding, tooth loss, even hysterectomies.

Several health agencies around the world ordered the product pulled. Bayer itself voluntarily withdrew the product from the remaining countries. Yet, the FDA failed to require Bayer to do so in the US and Bayer has left the product on the market here.

The product became the subject of “The Bleeding Edge”, a documentary released this year and slated for Netflix this summer.

Even once the dots were connected, regulatory and legal hurdles presented serious challenges. Specifically, when women brought their complaints to attorneys who handled defective medical device claims nationwide, those firms declined to take the cases. For most attorneys, Essure was untouchable.  The device has FDA CPMA, providing a blanket of federal law that supersedes state law and precludes the filing of certain claims.

After hearing hundreds of women’s stories and their plight for help, we decided to investigate. We found a Facebook group page with thousands of members, some of whom posted images of perforated a fallopian tube or their uterus after a hysterectomy. We discovered several Adverse Event Reports had been filed with the FDA.

Then we discovered Essure’s unique CPMA status. Relying on the manufacturer’s own studies, the FDA granted approval in 2002. This designation granted the product broad federal immunity from liability.

But, we believed that sufficient causes of actions could be alleged. Working with prospective clients who had reached out to our firm, we prepared to file our case. We filed a multi-count complaint against Bayer Essure Inc., and Bayer Healthcare Pharmaceuticals, Inc.

Our advocacy efforts went beyond the courtroom and took us around the US with our clients.  We met alongside victims with several congressman and women in Washington, DC, rallied outside the United States Supreme Court, and met with the Commissioner of the FDA, Scott Gottlieb, where victims were able to tell him firsthand what this device has done to them and their families

The FDA has acted, to some degree. In 2016, it required Bayer to implement a strict “Black Box Warning”. After the meeting with the Commissioner, the FDA then required that Essure can only be used if prescribing physicians provide a “unique type of restriction” informing individual patients of potentially serious side effects.  The FDA noted in its order that “Despite previous efforts to alert women to the potential complications of Essure, we know that some patients still aren’t receiving this important information. That is simply unacceptable. Every single woman receiving this device should fully understand the associated risks.”

While Bayer and other health agencies have removed the product from other countries, it remains in use in the US.

What pursuit of this matter, in both the courts of law and public discourse, has helped us realise is that our calling is greater than the practice of law.  What once seemed insurmountable has been scaled by persistence.  And this persistence is not just from us on the legal front, but that of our clients who have never given up.  Their persistence is contagious and is not only saving lives but changing both the legal and regulatory makeup of this country.

For the over 1,000 women we represent and the 16,000 represented by other firms nationally, this persistence allowed us to clear the initial legal hurdles leading the way for other attorneys across the country to follow suit.

What we’ve discovered is that persistence in the fight to remove this – or any – dangerous drug or device from the market must go beyond the “normal” duties of an attorney, and could serve as a lesson for others at any stage of their legal careers.

Justin Parafinczuk and Marcus Susen are members of the Plaintiffs’ Steering Committee regarding Essure in PA federal court and are shareholders with Koch Parafinczuk Wolf Susen, which has offices in Coral Gables, Pensacola, Fort Lauderdale, Fla. For more information, visit www.kpwlaw.com.