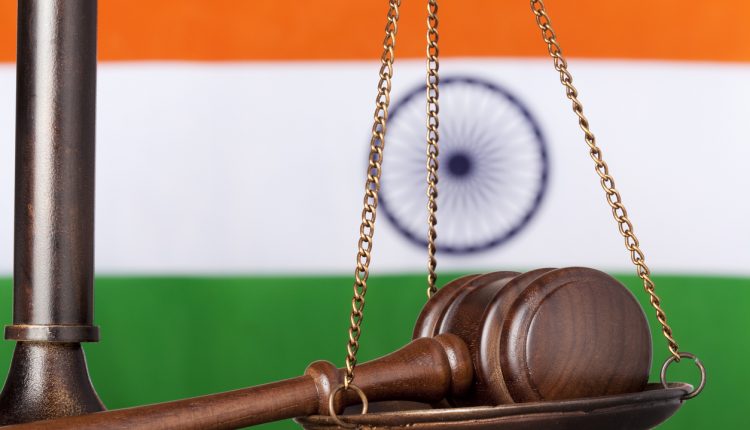 India is a country with an advanced and sophisticated legal and judicial system. Important legal issues arising under private international law, including the recognition and enforcement of foreign judgments and foreign awards have been judicially considered by the Supreme Court of India, which is India’s highest court of appeal, and which is also considered as one of the finest constitutional courts in the world.

The concept of recognition of foreign judgments is found in Section 13 of the Code of Civil Procedure, 1908. This Section is quoted hereafter:

(a) where it has not been pronounced by a Court of competent jurisdiction;

(b) where it has not been given on the merits of the case;

(c) where it appears on the face of the proceedings to be founded on an incorrect view of the international law or a refusal to recognise the law of India in cases in which such law is applicable;

(d) where the proceedings in which the judgment is obtained are opposed to natural justice;

(e) where it has been obtained by fraud;

(f) where it sustains a claim founded on breach of any law in force in India.”

Section 44A of the Code of Civil Procedure, 1908 sets out provisions concerning the execution of decrees passed by Courts in a reciprocating territory.

A foreign judgment which is conclusive under Section 13 of the Code of Civil Procedure, 1908, can be enforced in India:

A suit on a foreign judgment must be filed within a period of three years from the date of the judgment.[1]

The Supreme Court of India has pronounced many significant judgments in the field of private international law including the present subject, i.e. recognition and enforcement of foreign judgments. While it is beyond the scope of this article to summarise each of these judgments, some of the important principles that have been enunciated by the Supreme Court of India are briefly considered hereafter.

The most recent judgment of this Court is Alcon Electronics Private Limited vs Celem SA and another 2017 2 SCC 253, in which the Supreme Court of India has ruled that the Order of the English Court [which was being enforced in India] is a judgment on the merits of the case. In the words of the Supreme Court of India: “The principles of comity of nation demand us to respect the order of English Court. Even in regard to an interlocutory order, Indian Courts have to give due weight to such order unless if falls under any of the exceptions under Section 13 CPC.” The Supreme Court has ruled that the Judgment of the English Court is a conclusive one. It has also ruled that the Order passed by the English Court is executable in India under Section 44A Code of Civil Procedure, and that England is a reciprocating territory within the meaning of Section 44A mentioned above. In this decision, the Supreme Court of India has, relied on the ratio of the judgment of this Court in International Woollen Mills vs Standard Wool (UK) Ltd. 2001 5 SCC 265.

In 1996, India enacted the Arbitration and Conciliation Act, 1996. This law is based on what is popularly known as the UNCITRAL model[2]. With foreign direct investment flowing into India, international commercial arbitration with an India-centric focus has gained momentum. In this context, the question of the enforcement of foreign awards has formed the subject of comprehensive judgments by the Supreme Court of India. The Indian Legislature in its wisdom has statutorily incorporated international covenants into domestic law. These are contained in Part II of the Arbitration and Conciliation Act, 1996 and include Chapter I being the New York Convention Awards and Chapter II being the Geneva Convention Awards.

As India is poised as a major leader in the global commercial world, the wealth of jurisprudence contributed by the Supreme Court of India in the field of private international law is both valuable and timely. It is hoped that this rich jurisprudence continues to blossom and bloom in the years to come.