Is Divorce Law About to Change Forever? Can Lawyers Cope? 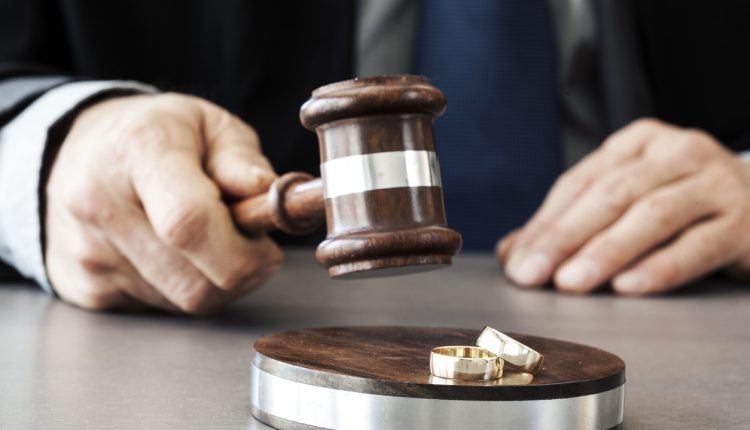 In light of the news that Baroness Hale of Richmond has called for the introduction of no-fault divorce. Below Henry Hood, Head of the Family Law Department at Hunters Solicitors, talks to lawyer Monthly about the potential implications surrounding the issue of no-fault divorce. The ‘Owens v Owens’ case is due for a hearing with the Supreme Court tomorrow.

Matrimonial lawyers have been rumbled. For years, they and the courts have been involved in a conspiracy (according to the Court of Appeal) to operate a law in relation to divorce different from the law of the land. Now that we have been found out, we are going to have to play by the rules, almost certainly to the detriment of our clients, unless the Supreme Court can come to our aid when it hears the case of Owens v Owens [2017] EWCA Civ182.

Ever since 1969, there has only been one ground for divorce: irretrievable breakdown of the marriage. This has to be evidenced in one of five ways, three of which depend upon the parties having been separated for two years or more. The only bases on which a client could divorce more quickly are Adultery or Behaviour. Adultery is not always present and can be difficult to prove. Therefore, behaviour has become the most commonly used route to divorce.

However, we have been wrong all along. Section 2 of the Matrimonial Causes Act 1973 requires the court not (my emphasis) to hold the marriage to have broken down irretrievably unless one of the five facts has been established. To establish conduct, a Petitioner has to show (section 1(2)(b) MCA) “that the Respondent has behaved in such a way that the Petitioner cannot reasonably be expected to live with the Respondent“. Over the years, the threshold required to satisfy District Judges up and down the country has been lowered to an extent where (until Owens) it would be perfectly possible for happily married couples to sustain a behaviour petition against the other. Legal precedents and Codes of Practice have encouraged this.

The judgments so far in the case of Owens has reminded us what is actually required. The case involves a couple of 68 and 80 years old respectively, who had been married for nearly 40 years. Mrs. Owens’s departure from the family home was followed by a behaviour petition of a standard “anodyne” nature. However, Mr. Owens defended, and leave was given for the petition to be amended and it was materially “beefed up” to include 27 specific incidents of suggested behaviour centring round the mood swings and disparaging behaviour which were at the heart of the wife’s allegations against her husband.

These allegations were looked at forensically and, as would have happened to most behaviour petitions over the past 40 years, they were found to fall far short of what was required. The Judge was positively scathing, considering them to be flimsy and “all, at most, minor altercations of a kind to be expected in a marriage. Some are not even that“.

The petition was dismissed. The wife appealed but the Court of Appeal could find no fault with the Judge’s approach. Bemoaning the law as it presently stands, the President of the Family Division concluded “As I observed during the course of argument, Parliament has decreed that it is not a ground for divorce that you find yourself in a wretchedly unhappy marriage, although some people may say it should be“. Regrettably, it is most unlikely that the Supreme Court will find otherwise; as Baroness Hale[1] has stated recently: “It is not the job of the courts to legislate – only Parliament can do that. Our job is to interpret law that Parliament has given up. This is definitely not a vehicle for introducing…reforms“.

This is a very unsatisfactory state of affairs, which has long been the case. The Law Commission recommended a proper “no fault” regime nearly 30 years ago. Most of the countries which have a law analogous to ours have made such changes – Australia in 1975, New Zealand in 1980, Ireland in 1995. Those countries recognise, as do most practitioners in this country that a fault based divorce law serves no one. It discriminates against those who cannot afford to live apart for two years or more; it requires one party to suggest that the other party is to blame for the breakdown of the marriage; it provokes unnecessary hostility and bitterness, crystallising division and militating against efforts to salvage the relationship. Those who argue for the retention of the present law do so to support the institution of marriage. The reality, however, is that the present law undermines it and, as a result, makes matters worse for the children.

The trouble is that the Government has set its face against the type of reform that has occurred in other countries. We are stuck with present law, and will have to apply it more vigorously unless the Supreme Court can come to our aid. I fear it will not.

Help might come from an unexpected quarter. The Government has been piloting an online divorce scheme. They claim spectacular results and enormous savings, and as a result, it is about to be rolled out nationwide. The process is intended to exclude lawyers, and it is not expected to involve Judges. It will be an administrative process only. Accordingly, at the time when we are being required to ramp up our behaviour petitions to satisfy the law, any means by which this can be appropriately assessed is being removed from the process. Money talks in these matters. If it really wants a “tick box” process, it must reform the divorce process to allow that.

[1] President of the Supreme Court