How the Owens Case Could Transform Family Law for Good 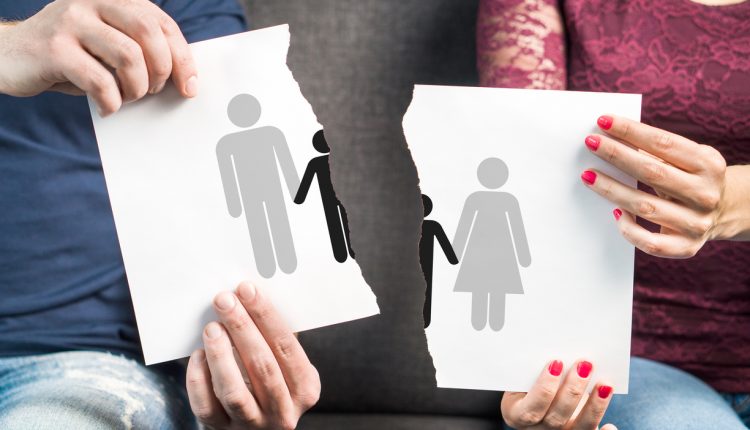 In just over a week, the case of Owens v Owens will be heard in the Supreme Court and the result could lead to major changes to family law in England and Wales by challenging the ‘fault based’ system of divorce. Here, Wendy Gouldingay, Director of Gouldingays Family Law & Mediation & Co-chair of Resolution Nottingham/East Midlands, explains potential impact of the case on family law moving forward.

Tini Owens claims she’s been “locked in” to her marriage with millionaire farmer, Hugh Owens which broke down after she had an affair several years ago. She filed a behaviour petition which many divorce practitioners would say is consistent with the type and nature of allegations they would normally draft, but Mr Owens self-represented and opposed the petition. Her request for a Decree Nisi to set a date for the end of their marriage was denied.

Since then, she’s appealed and the Decree Nisi was denied again by the High Court and the Court of Appeal, but she was given permission to appeal to the Supreme Court. Given the importance of the likely ruling, Resolution, a group of 6500 Family Lawyers (including myself), has been given permission to intervene in the proceedings and make representations in the case.

Resolution has long campaigned for the grounds of divorce to be revised and for the so-called ‘fault grounds’ to be removed and replaced with one single ground; a six or 12 month period of separation or reflection during which the couple would be required to agree the arrangements for their children and their finances.

This week, I was approached by a new family law client who said that she and her husband were agreed on separation and divorce and wanted information about the next steps.

She, like many clients, believed that divorce could be granted based on the irretrievable breakdown of the marriage alone and she was surprised when I told her the divorce has to be supported by one of five factors; three of which involve apportioning blame. Namely; adultery, unreasonable behaviour and desertion.

Upon realising that the unreasonable behaviour ground would be the only one that would be applicable in her situation, she became nervous. She was worried the case would degenerate into disagreement and unpleasantness if she had to pick over the reasons why she wanted to separate from her husband.

This is not unusual. Many are surprised and sometimes dismayed at the need to express a ground for their divorce.

A recent survey published by Liz Trinder at the University of Exeter suggested that 62% of petitioning parties and 78% of respondents said that using fault-based grounds had made the divorce process more bitter. The survey also found many respondents believed it made it harder to sort out arrangements for children as well as finances.

Resolution has long subscribed to a code of conduct which aims to improve the way divorces unfold. That means avoiding inflammatory language and encouraging clients to put the best interests of their children first. We encourage clients to limit the content of the grounds for divorce and avoid unnecessary references to children.

The increase in self-representation since the abolition of legal aid in family proceedings is also causing problems. People who self-represent often have little guidance and don’t necessarily appreciate the impact inflammatory language can have.

As a Family Mediator, I’m often faced by couples’ need for divorces to be settled quickly. I fully understand that it isn’t always economically or emotionally possible to wait for two or five years to end a marriage, but under current law the only alternatives are the fault based grounds: They are inevitably pushed to apportion blame which can contradict and undermine the goodwill that has been achieved in them negotiating a mediated settlement.

One solution which couples are often open to is to find “mediated” grounds for divorce that they both agree on. This generally works well, particularly if that decision is made at the end of the mediation process when the couple have found solutions to the more thorny issues of finance and children, but it doesn’t work for everyone.

Not every couple can come together in mediation to discuss and agree solutions to their separation and, for those who can’t, launching a petition on inflammatory grounds can get matters off to a bad start. Things can get even more unhelpful if the other party disputes the claims against them in an answer to the petition. There is a robust body of evidence to show that divorces that follow this path can have a negative impact on the wellbeing of any children involved.

Currently, Mrs Owens is being forced to remain in a marriage that she doesn’t want to be in and she’s having to go to the highest court in the land to seek a remedy.

Her case will be determined by the Supreme Court Judges, one of whom, their President, is the newly appointed Lady Hale; an eminent Family Judge who lent her support to Resolution’s campaign to abolish fault based divorce. The Court’s impending decision will have major implications for the future of divorce law in England and Wales.

Reducing conflict has to be a better outcome for parents and for children and will help to make divorce law fit for purpose in the 21st century. The outcome of Owens is therefore awaited with intense interest.