What Will Leaving the EU Mean for Divorce in the UK? 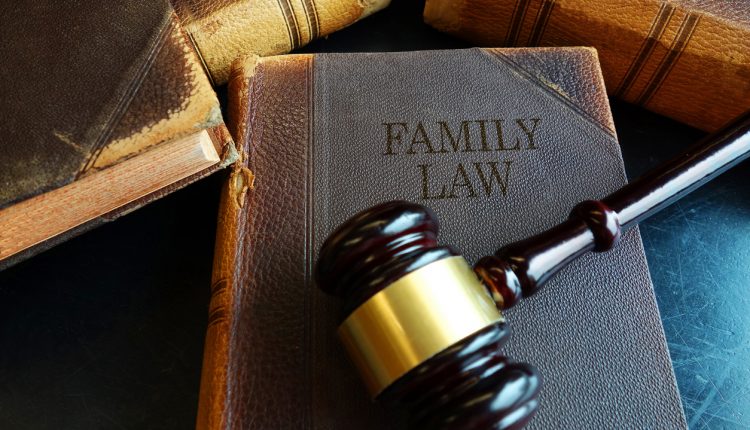 Brexit has often been described as a divorce, but there’s increasing debate over what brexit could mean for actual divorce and family law. Here Lawyer Monthly benefits from top expertise from Wendy Gouldingay, Co-chair of Resolution East Midlands/Nottingham & Director of Gouldingays Family Law & Mediation, who clarifies how things currently function, and how they could change.

I appreciate that people hold conflicting views on brexit and it is hard to predict what we might end up with come March 2019, but it is important that we’re aware of what’s at stake during the government’s negotiations for their brexit settlement.

At my practice in Newark, I work with an increasing number of clients who were either born in Europe or are married to someone who is. Indeed, the town is surprisingly multicultural, with the last census showing that more than 5,650 people in the town were born overseas, although that’s likely to be far higher today. It’s these people, as well as their husbands, wives and children who could be most affected if government negotiators cannot square a particularly difficult circle.

With one year to go before the brexit transition period begins, cross border family law has been an increasingly heated topic. This month, the government began negotiations with the European Union to make sure that as Britain leaves the EU, a clear set of rules remain in place to ensure that whenever an issue of family law crosses borders, it’s clear which courts will hear the case, and which country’s law will be applied. I also ensures that decisions that are made in Britain will be respected and enforced across all 28 states. This all needs negotiating, because it won’t happen automatically.

A failure to get this right could cause major problems for thousands of families and with one year to go, it’s an urgent issue.

If other countries don’t agree to this, it could lead to contradictory settlements and uncertainty. It also could mean injunctions and court orders won’t be upheld overseas. It might also affect child abduction cases, although there are still European and Hague conventions which could be relied on

Last week, Baroness Sherlock raised these concerns in the House of Lords with the support of former Lord Justice of Appeal Dame Butler-Sloss. Drawing on reports from the Brexit and Family Law group, including the Family Law Bar Association, the International Academy of Family Lawyers and Resolution – of which I am a member – she set out just how important it is that the situation is resolved

Before I explain further, it’s important to understand how the European Union affects family law in the UK. Unlike other areas of law, each member state of the EU keeps its own family law and can decide its own terms: While the EU provides a common set of rules for jurisdiction, recognition and enforcement of judgments and orders, Britain has three systems of substantive law in England, Scotland and Northern Ireland with each system operating almost independently.

What the EU does provide is three mechanisms which are extremely useful: Firstly, the EU provides a mechanism for deciding which country’s court take precedence if cases are issued in two countries at the same time. This avoids the situation where a divorce could be proceeding in two different countries simultaneously, leading to two possibly contradictory results. Secondly, the EU enables court orders for maintenance, child contact or injunctions to be enforced in all countries instead of just the country of origin. And thirdly, it ensures that there is cooperation between EU member states surrounding the sharing of information which is used to protect children and to make former partners pay maintenance wherever they are.

Over the years, Britain and the rest of the EU have constructed a system that enables the different family law systems of all 28 countries to work alongside one another with each state respecting the laws, orders and arrangements made in each other member state. It’s therefore extremely important that this system is preserved as much as possible once Britain leaves the EU.

Unfortunately, as it is, this system depends on the overarching European Court of Justice (ECJ) to guarantee that this works on a reciprocal basis. As has been made clear, the government is seeking to remove Britain from the jurisdiction of the ECJ while replicating EU law in British law to ensure the transition is as smooth as possible. Unfortunately, a consequence of these two changes is that it could lead to a one-way street situation where the UK is obliged to apply current provisions but the EU 27 won’t have to do the same for us.

To complicate things further, the EU’s regulations are due to change shortly after brexit. Before the brexit vote, Britain was helping to shape these new regulations which would improve several areas including the rights of children, but if these changes aren’t in place before brexit, Britain could be on the back foot.

I’d like to make it clear that I am not a “remoaner”; I believe that Britain could well make a success of brexit but problems like these have to be overcome. The government has made clear that it understands how critical this is to family life going forward and it is intent on negotiating a system whereby courts in each country will continue to recognise the orders made by the British courts.

Hopefully, in March 2019, things will work just as well as they do now and divorces between British nationals and EU citizens will proceed smoothly. Currently, the government’s prefered option for achieving this will be a bespoke arrangement, with a new framework in place to ensure cooperation between legal systems.

The other option may be a voluntary commitment to being bound by the European court and its decisions, just as we are now, which might be unpalatable for some, given that many voted to remove Britain from the ECJ’s jurisdiction.

Alternatively, it’s been suggested that the agreements Britain is already subject to such as the Hague convention may help us retain some of these systems. Whilst the Hague Convention does offer a framework for returning children who have been internationally abducted, as the Archbishop of York pointed out in the Lords debate, the convention is much weaker than the present arrangements protected by the ECJ and it doesn’t address the other problems we’re facing regarding reciprocity.

With one year left in which to resolve these problems, the government’s negotiators have a enormous task ahead of them. Hopefully the government, the EU and the negotiators can put politics aside in this issue and focus purely on what is best for families and children in Britain and across Europe which would be to have a system in place which is effectively identical to what we currently have. Any other outcome could cause serious repercussions.