Male Domination: Why the Legal Sector Pushes Women Away 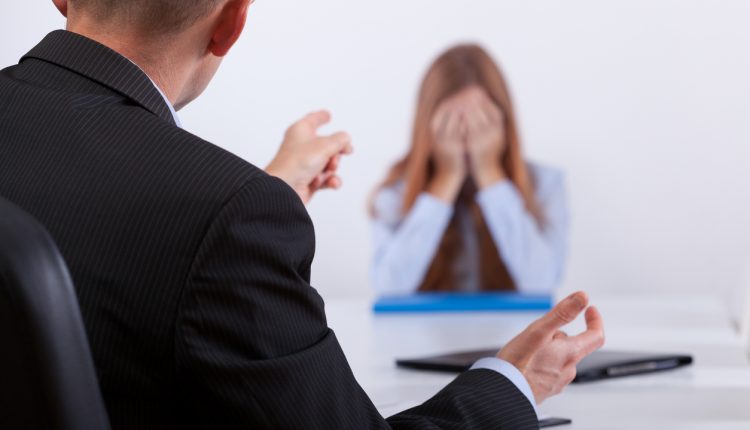 With the results of the Gender Pay Gap showcasing a huge disparity between men and women in the workplace, we question why women are pushed aside when it comes to their career. Regardless of sex, colour and interests, we all have the same ability to perform in a professional environment, yet time and time again we witness discrimination regarding progression and pay, and the legal sector is definitely no stranger to such inequality. Traditionally being a very male-dominated industry, we hear from Sarah Goulbourne, Co-Founder of gunnercooke, discussing why the legal sector is still struggling to tighten the pay gap between men and women in the law.

2018 is quickly shaping up to be the Year of the Woman. This year we celebrate a century of women’s suffrage – and the continuing rise of the #MeToo movement. Women are speaking up and using their voices and influence to demand real change.

Nowhere else is this need for change more evident than in law, a profession in which, until 1922, women were not admitted to participate. Even when the rules changed, many law firms and chambers still cited a lack of female toilets as a justifiable barrier to employing women for many years. Whilst we’ve clearly come a long way since 1922, on average, female legal professionals are still paid less than their male counterparts and true equality still seems a long way off.

It is just short of 50 years since the Equal Pay Act was introduced, prohibiting any less favourable treatment between men and women in terms of pay and conditions of employment. We’ve made leaps and bounds towards equality in the last 50 years, yet unfair employment policies and pay discrimination still affects many working women in the UK. These policies and biases exist despite the weight of studies clearly demonstrating that equal and diverse work environments produce the best results for businesses.

A major contributing factor to the pay gap in legal services is that women remain significantly underrepresented in senior positions. Even though there are more women entering the profession than men, they represent a small percentage of partners in leading law firms.

It’s estimated that despite qualifying in higher numbers than their male counterparts, 42 per cent of female lawyers leave the profession within nine years of qualification.

These statistics are a direct result of the archaic industry in which we work. While other industries are constantly evolving and modernising to stay at the forefront of our ever-changing environment, law has held onto its traditions, many of which are now outdated.

Another key factor that prohibits female progression in the legal industry is the focus on presenteeism. Most law firms continue to bill based on timesheets. This means that presenteeism, whilst not always productive, is what gets rewarded. This approach does not compliment or support female lawyers who often rely on flexibility once starting a family. We observe this and yet sit idly by as the outdated legal industry encourages this presenteeism, rather than quality, which in turn discourages equality.

The profession must embrace the flexibility, freedom and choice that many other industries are offering to their employees, giving people greater control over their working lives.

The latest World Economic Forum report on gender parity indicates that we’re actually going backwards across health, education, politics and the workplace for the first time since 2006.[1] Wouldn’t it be great if legal services not only bucked the trend – but led the way?

gunnercooke has embraced the opportunity to become a pioneer in the industry and transform the realm to fit into the modern business world, encouraging flexibility. We champion a business model that gives lawyers the opportunity to use the best of their legal abilities. More than this, we do so in a way that motivates them; allowing people to practice law without sacrificing their personal life, which is something that both women and men find difficult in the more traditional environments.

Championing the longevity of these careers ensures that gunnercooke has access to and retains the best female talent. gunnercooke does this by removing hourly billing targets, encouraging lawyers to think like entrepreneurs and work to their own agenda.

Our commitment to gender equality is also reflected in the number of women we have working for the company as Partners and as members of our unique support network, gcTrust. We feel we’re helping bridge those gaps created by gender disparity and inspiring others to do the same.

Other law firms need to step up and join gunnercooke in leading the way to greater gender equality. Only when we work together to celebrate the talent and quality of our lawyers, rather than the number of hours they spend at their desks, can we avoid a talent exodus.