How Your Tweets and Shares Can Make Court Cases Crumble 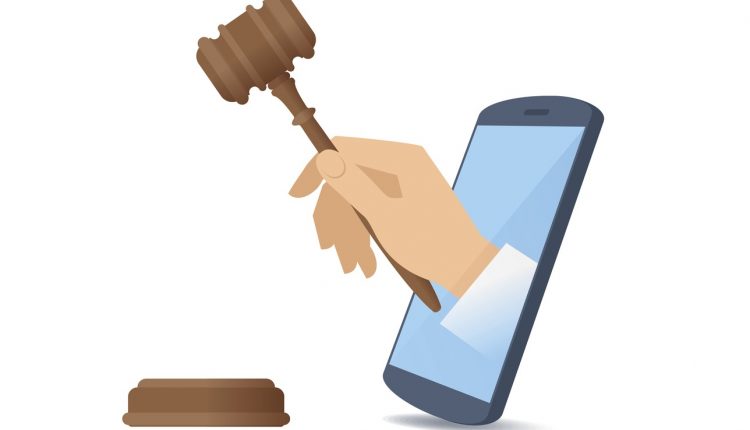 The digital age has turned the world of fighting crime upside-down, creating a generation of armchair super sleuths, seemingly primed to crack a case at the click of a button. In some instances, social media has turbo-charged criminal investigations, with law enforcement agencies increasingly uploading images and CCTV footage of suspects onto Facebook and Twitter, and appealing for tip-offs from the general public. The broad reach and real-time nature of social media means it can be an incredibly effective tool in this regard, credited with solving missing person cases, abductions and even murder.

But this phenomenon has a dark side. The dissemination of material concerning a particular case or suspect online can seriously compromise a defendant’s right to a fair trial. Given the ubiquitous nature of social media, there’s a real chance that a juror—bound to consider only evidence admitted in court—will be prejudiced by reading information that falls outside of this bracket online. This is particularly true when it comes to cases that elicit a strong emotional reaction from the general public. Seeing a digital lynch-mob baying for the defendant’s blood could make jurors feel pressured to return a guilty verdict.

You might question whether, if it appears blindingly obvious that a suspect is indeed guilty, this is actually a problem. As a defence solicitor, you probably won’t be surprised to hear that my answer is a resounding ‘yes’. The presumption of innocence is the bedrock of our criminal justice system, with the right to be considered innocent until proven guilty enshrined in Article 6 of the Human Rights Act 1998. An impartial jury is absolutely essential to upholding this right and if this is compromised, a trial will be scrapped.

That’s what happened just three years ago when two teenage girls were accused of brutally murdering Hartlepool woman Angela Wrightson. In this case, presiding Judge Sir Henry Globe QC felt compelled to abandon the trial after evidence of “an avalanche of prejudicial comment” was presented to him by the police. The 500+ comments were found posted on an array of Facebook pages, including those of major media outlets. He ordered these organisations to remove every comment about the trial from their news articles and social media posts, and barred the media from tweeting or retweeting information relating to the trial.

Under the Contempt of Court Act 1981, it is unlawful to publish anything that causes “substantial risk that the course of justice in the proceedings in question will be seriously impeded or prejudiced, even if there is no intent to cause such prejudice”. Breaching the Act not only diminishes the likelihood of a fair trial, it also delays justice for victims and their families being served. In the Wrightson case, for example, a second trial wasn’t held until more than half a year after the first one collapsed. Both teenagers were eventually found guilty of murder and sentenced to a minimum of 15 years imprisonment.

Publishing restricted material can have severe consequences for the offending parties. Just because a person happens to lurk behind a Twitter avatar, rather than a tabloid news desk, does not give them free reign to publish defamatory, prejudicial or otherwise prohibited information online. Ten Twitter trolls learnt this the hard way when they revealed the identity of the woman who accused footballer Ched Evans of rape—despite the fact that alleged victims of sexual abuse are given anonymity for life—and earned themselves police cautions. In another case, it was a juror who fell foul of contempt of court laws by indicating that he would find the defendant guilty in a Facebook post which declared that he had “always wanted to f*** up a paedophile”. He was sentenced to two months at Her Majesty’s pleasure.

However, these sorts of cases are rare. Given how social media provides individuals with a platform to share whatever they like en masse and under a veil of anonymity, such restrictions can be difficult to enforce. Last September, the Attorney General for England and Wales began an inquiry into the impact of social media on criminal cases and whether legislation needs to be updated to keep in step with our virtual age. But some are worried that additional restrictions could pose a threat to freedom of expression and open justice. Both principles are clearly hugely important. Free speech is the lynchpin of any legitimate democracy, while media reporting ensures that the judiciary is held accountable for its actions.

Like Lady Justice herself, the law has a delicate balancing act on its hands. In determining what  kinds of social media content could prejudice a trial, it can be tricky to know where to draw the line. Yet we need only look across the pond for what could be a prime example of going too far.

Last month, an attorney for a Chicago man accused of sex-trafficking alleged that her client had no hope of securing an impartial jury in the throes of the #MeToo movement. She argued that the social media-driven campaign to raise awareness of the prevalence of sexual abuse and effect systematic change made it nigh-impossible to “select a jury that is untainted by the veritable flood of reporting on the subject”. The attorney therefore requested a delay in order to formulate a questionnaire to identify potentially prejudiced jurors.

But could this argument really hold up in court? After all, #MeToo is a broad movement; it is not targeting the defendant himself but rather speaks to the zeitgeist. It raises the question of whether jurors can be placed in an absolute vacuum, devoid of any engagement with our ever-evolving culture. And for better or for worse, social media is becoming an increasingly integral part of our lives.

From the witch hunts of yore, to today’s virtual vigilantes, we’ve always harboured a passion for giving the administration of justice a helping hand. Now, though, it seems that the public is positively champing at the bit to ‘solve’ real-life mysteries. Perhaps we’ve been galvanised by the call to actions from law enforcement on social media. Or maybe the recent proliferation of true crime TV shows and podcasts (and the rabid online fanbases that accompany them) are to blame. But before clicking ‘like’ or ‘share’ on a seemingly crucial clue, ask yourself whether the content could be fake news, and consider how your actions could impact an active investigation. A digital footprint is difficult to erase—not only do you risk causing serious reputational damage to a potentially innocent person, you could also find yourself at the sharp end of a criminal investigation.

Robert Conway is a Director in our criminal defence team at Vardags. He has over a decade’s experience advising clients who have been arrested and are subject to investigation by the police and other investigating bodies including the SFO and HMRC.