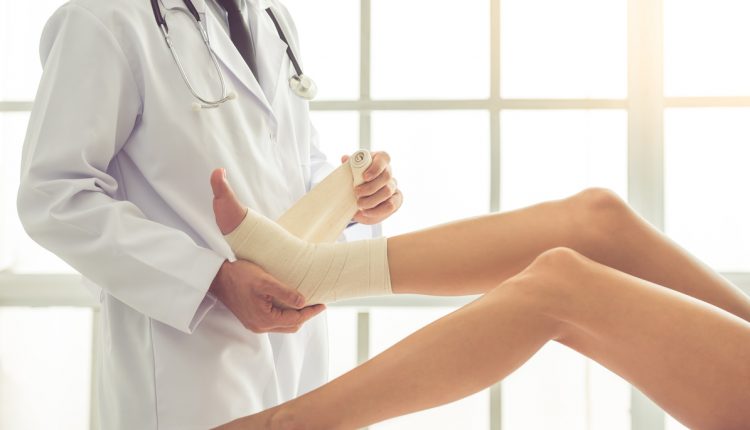 On International Women’s Day last month, a personal injury specialist called for the legal sector to #PressforProgress and address the potential for gender inequality in personal injury claims. Helena Oxley, trainee solicitor at Roythornes Solicitors, here considers the potential issues between claims for men and women and the impact these can have on calculating a claim.

Whilst arguments surrounding gender inequalities may be more apparent in other areas of law such as employment, the calculation of damages in personal injury claims for men and women is a particular issue where inequality still lies and presents a clear distinction in how they are measured.

Calculating future loss of earnings can be tricky at the best of times, but the intention of this sum is to put the injured party back in the financial position they would have been in had it not been for the accident.

The traditional approach when making this calculation is to assess the injured party’s loss per year and to multiply that figure by the number of years the injured party was likely to have worked in their lifetime. However, gender stereotypes and partly outdated assumptions can throw this method into disarray.

The fundamental problem with this calculation is that much of it lies on ‘assumption’. On the one hand, the amount for future loss of earnings is more generously applied to women, on the assumption that women live longer than men. On the other, there is then a discount applied to allow for the possibility the injured party would have stopped working regardless of the injuries. At this stage, there is a greater discount applied to women on the assumption that women will stop working to start families, thus reducing the sum awarded to women by a significant amount.

These assumptions no longer apply to the modern world and the reality that many women will return to work after having children. Whilst it is anticipated that a woman may spend more time off work, the comparatively heavy discount no longer accurately reflects the increased likelihood of a return to work (75% according to the Office of National Statistics) nor that mothers are returning to work sooner with parental responsibilities being shared more equally, which according to a report by the Office of National Statistics equates to almost 75% of mothers with dependent children.

There is also potential for gender differences relating to the calculation of a ‘care claim’. If an individual is a victim of an accident or injury and receives care from a spouse, family member or friend, a claim can be made for ‘gratuitous care’.

Gratuitous care is described as care that goes ‘above and beyond’ what might usually be expected within the client’s existing personal circumstances. One can see how what constitutes care beyond the normal expected arrangement could be subject to pre-conceived ideas of roles within the household, especially based on gender stereotypes.

Physical scarring is another key area where the calculation of compensation can potentially differ on grounds of gender. Solicitors reply upon guidelines produced by judges and barristers, and these are updated on a regular basis.

Previous guidelines made a specific distinction between genders, with the assumption being it would be more distressing for women to have scarring than a man. In the latest edition, published in 2017, this distinction has been removed. However, as these guidelines are relatively new, it remains to be seen whether judges will follow this new approach and remove any distinction when it comes to gender.

Ultimately, many of the factors that are called upon to assess the impact of a personal injury claim are no longer as straightforward as they were twenty or even ten years ago. More consideration is needed of a claimant’s personal circumstances and choices when evaluating the cost of a claim, rather than applying a broad assumption based on little more than gender.