From Tambo to Mandela: How 90s TV Inspired My Legal Career 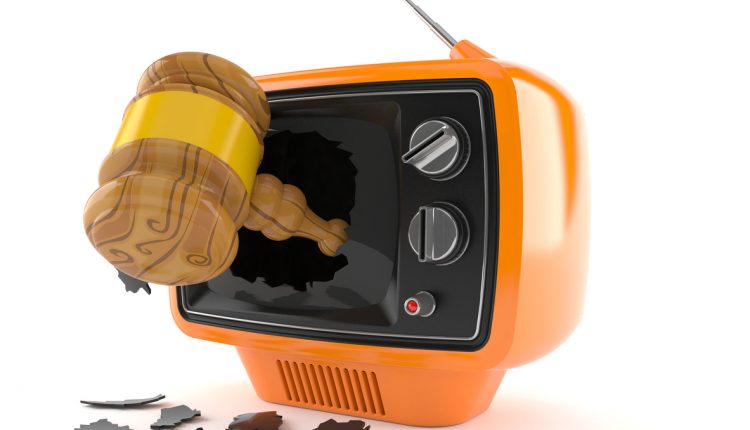 Establishing a successful growing law firm in a fast-paced environment such as South Africa is quite a feat for any savvy businessperson. No less for Mr Thulani Matiki Norman Kgomo, attorney at TMN Kgomo & Associates, who since he was young was inspired by the best. Below he discusses his perspective on the South African legal landscape, some of the principal developments over the past few decades, and his vision for a better justice system.

How have you seen the world of law change since you began practising?

I have noticed a lot of changes in law from the way pleadings have been exchanged in the past compared with now. For example, most attorneys are using digital technology as a way of doing things; communicating via email and texts is the norm, but when we started 17 years ago, we would have to physically go and deliver documents to our opponents or to our clients. This is a very important change in the way law works in Africa in the past few years. There has now been a huge shift from paperwork to digital in most law firms.

Has this made your job easier?

It has definitely made my role a little easier. Another important change that has happened over the past few years, which ties into this, is the language that is used in Court. English is now widely and mostly used between colleagues and in Court. In the past, Afrikaans was most commonly used and if you wanted to specialise in law 20 years ago, you needed to know and be fluent in it. English is now the language of record and is used in all official communications, from drafting pleadings to correspondence with colleagues and clients.

Has this affected your work and clients?

I think the shift in language has made legal work a little easier. In the past it may have been the case that another attorney would communicate in Afrikaans and you would have to respond in English, which could cause problems between colleagues and translation. But now there is a common consensus that we are corresponding in English in our written and spoken discourse, making our work much easier.

What inspired you to specialise as an attorney?

When I was in high school, I wasn’t really exposed to that much career guidance. It was not uncommon for schools to not offer any information or help in regard to future work post graduating. With a lack of guidance and limited choices in which career to choose, you had to look up to specific role models, either on the TV or in newspapers, and follow them to help decide what career to pick. I was inspired by following the lives of Oliver Tambo and Nelson Mandela, because at that time they were the people who were constantly on the news and being spoken about in the 90s. That was what inspired me to become a lawyer.

Are there any developments in the South African legal sector you are advocating for?

I am advocating for changes in jurisprudence; in the future, we could move away from the western way of doing things, in terms of jurisprudence, to also look into African customs based in certain methods. The reason for this is that some of our more traditional officers don’t correctly interpret customary law when ruling on judgement, and that is due to a lack of understanding of various, different customs in South Africa. Therefore, I am advocating that if judicial officers and colleagues could understand customary law, to easily advise their clients on what needs to be done, how things are done, certain traditions and customs, and so on …

Another issue which needs to be addressed is discrimination. No legal practitioner in our Court should face any discrimination, whether they are female, whether they are black, or younger than the rest; if you are admitted as an advocate, you should be treated and get the same respect as any of your colleagues that are appearing alongside you in Court. In some Courts, especially in smaller towns, there is still much discrimination. Senior male advocates and lawyers are often recognised and respected, but women, for example, are still not recognised as such and are majorly undermined. Young, upcoming attorneys also lack the respect they deserve.

Do you think there is a need for tighter restrictions on firearms in South Africa?

Yes, this is a very important question. If we do not have proper legislation in terms of firearm control, we may face similar situations such as those that have occurred in the US currently. I think the US is struggling to control the use of firearms, and if we do not start tightening our legislation, especially in terms of accessing firearm licences, we will face problems in the future. More so in terms of how firearms must be used and controlled by the licenced owner, because most of the time firearms are used by criminals. During investigations, we often find that firearms were taken from lawful owners, as they have been recklessly placed in cars or under their bed, not in safe-keeping as required by the authorities. Therefore, we need to tighten up these issues, in order to avoid the loss of our firearm freedoms.

What restrictions should be applied?

Legislation needs to be tighter and address: who is qualified to own the firearm and how many firearms one person can control. In comparison to other countries, it is easy to obtain a firearm licence in South Africa.

Another issue which I think is worth mentioning is the control of borders in South Africa. I think we are too flexible with our borders. We need more control over who has access to our borders. it is too easy to enter South Africa and lately, we have many illegal immigrants. although it is only a select few, of said legal immigrants, those who commit crimes we cannot trace due to lack of immigration records.

There have been many changes in legislation drafted and promulgated under president Cyril Ramaphosa; what further changes are you predicting? How do you expect this to affect your work?

I think changes will affect every legal practice. There are lot of changes coming in particular regards to issues dealing with land, and there are many amendments being made to our constitution. We must prepare, analyse and properly understand all of these changes.

Finally, what are three things you think make a good lawyer?

The last important thing I think I should comment on is that in the Courts and in the legal sphere, those involved must avoid getting into political debates, at all times, so that the Court can remain autonomous, respected and independent, without any political interference. This is very important in order to sustain our democracy. Therefore, if all lawyers could make it our second nature to enter Court without developing political debates, making neutral judgments, we will be able to build a strong, resilient justice system in our country.

Mr Thulani Matiki Norman Kgomo started his legal profession at Kryyshaar & Jordaan Attorneys in Secunda Mpumalanga province, in September 1997 as a candidate attorney and was admitted as attorney in 2000. Qualifications: (B Proc. University of the North).

TMN Kgomo & Associates consists of a number of highly qualified professional attorneys. We are recognized as one of the leading law firms in Highveld Ridge District. A high premium is placed on the personal wellbeing of our directors, lawyers and support staff. We answer to all your legal requirements and offer professional and personalized services to a wide spectrum of clients.