Forget Romance, Get a Pre-Nup 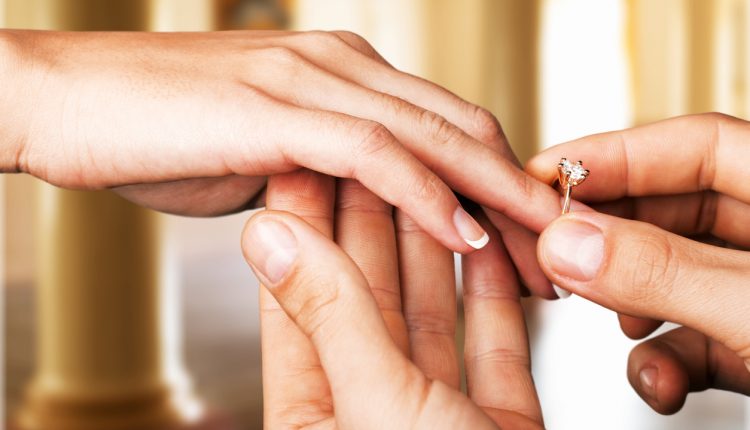 Chris Longbottom, Partner in Family Law at Clarke Willmott LLP, discusses with Lawyer Monthly that there are common misconceptions which are preventing the use of pre-nups for those in need of them most.

Pre-nuptial agreements are a sensible and important wealth management tool for those seeking to protect family wealth; so why are they still regarded as ‘unromantic’ and ‘negative’ in the UK? Why also are they seen only as something ‘the rich and famous do’?

With almost half of marriages ending in divorce it is entirely sensible to take early advice. At present, pre-nuptial agreements are not automatically binding in England and Wales; however the Court and the Law Commission have set out clear steps that should be taken for the Court to give weight to the agreement, which should be entered into freely, with a full appreciation of its terms where the agreement is deemed to be fair.

A pre-nup, whilst capable of ring-fencing assets, cannot be inherently ‘unfair’ and must meet the needs of the parties and any relevant children. A pre-nup should not just be viewed as a tool to ‘ring-fence’ assets; but rather as a blueprint of the couples finances and their plans both during their marriage and, if necessary, after divorce.

While it may be a difficult conversation to begin, especially where you are far wealthier than your spouse-to-be, it is a conversation that may well save you both heartache and costs should a divorce occur. I consider pre-nuptial agreements to be in the same category as insurance policies. Every couple insure their home against fire but do not want nor expect their home to burn down. The same can be said for a pre-nup; you should not enter into one with the expectation that divorce is inevitable but rather that you want to set out what would happen if divorce occurred.

If you have been married before, have a disparity of assets, have children from a previous relationship, are wishing to pass on multi-generational assets (such as farm land), or are contributing differently to the initial marital assets, then you should take advice as to how best protect your position.

Advice regarding pre-nuptial agreements must go hand-in-hand with sound financial planning. Imagine, for instance, a couple who have been preserving wealth or assets for a number of years for the benefit of their daughter. They would not want their hard work undone following a divorce where their son-in-law seeks to claim against the wealth provided by them and therefore they should be advised about the use of a pre-nuptial agreement to preserve family wealth and any family assets. Educating later generations as to how to protect their financial positions will go some way in the use of pre-nuptial agreements becoming far more widespread.

It may be that the couple look to link the need to enter into a pre-nuptial agreement with benefiting under a trust for instance, as a ‘family practice’. This may make the conversation between the daughter and husband-to-be far less awkward as there is a clear reason behind the pre-nup (to benefit from the family wealth together) rather than intimating that it is personal against him. It also ensures that the conversation is between daughter and her partner rather than appearing to be enforced by her parents. The young couple could go on to enjoy the family wealth for some time and the pre-nup would simply record what would happen to the family wealth and assets if they should latterly divorce. This should be a regular conversation in cases such as multi-generational farm owners.

Imagine also the scenario where friends enter into a new business venture where one is married and one is not for instance. It may be sensible for the business to seek a clause in the Shareholders Agreement to require them to have a pre/ post-nuptial agreement to protect the business from claims on divorce. Many do not consider what would happen to their business if their business partner ends up divorcing, let alone themselves. It may be that these business partners find that the legitimate business need to enter into a marital agreement may ‘open the door’ for that difficult conversation with their partner to deal with all their assets which they may be entirely grateful for.

The benefit of a binding pre-nup for a young entrepreneur looking to make their fortune cannot be stated enough. The inability for a couple to sensibly set out how assets are to be treated both in and outside the marriage can have a real impact upon the business and the individual looking to get back on their feet following a divorce.

It may also be that you simply wish to ensure that the assets you retained following an earlier divorce are protected; perhaps for the benefit of children of that first marriage. Having an early discussion as to the sensible planning for this may well put many people at ease with the though of re-marriage.

Like other wealth planning exercises and Will preparing, marital agreements (such as pre-nups) give individuals the ability to prepare and plan for the marriage and beyond. It gives individuals certainty and clarity which may well lead to openness and a stronger bond between individuals where a marriage is hoped to last but clearly sets out a fair outcome for both individuals should the marriage end.