Sweetening the Pot: Incentive or Bribery? 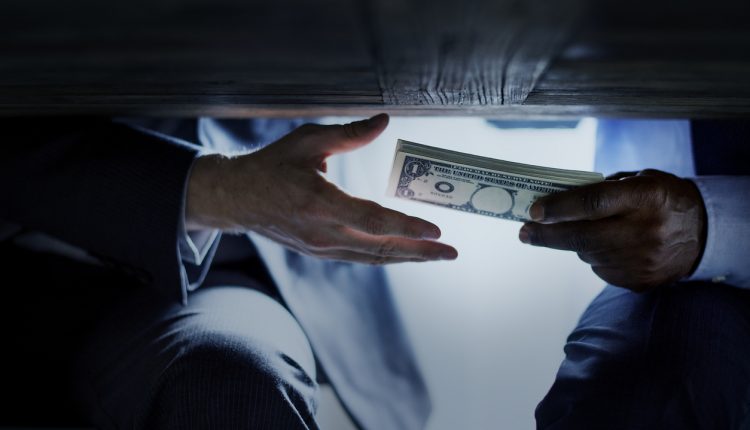 What is the difference between a positive incentive and bribe? Dennis Miralis of Nyman Gibson Miralis Criminal Defence Lawyers tells us.

“New and emerging technologies have been disrupting the way criminal activity is being conducted worldwide which in turn is impacting on developments in the investigation and prosecution of crime and therefore the way in which criminal law is practiced. This is especially so in the area of cybercrime where we see increased threats created by sophisticated malware and other areas of crime where emerging technologies are being used to facilitate traditional crime such as fraud.”

In what ways has technology impacted the criminal law sector, and what further adoptions are expected to develop criminal law proceedings in the next few years?

There is a concern that the ability of law enforcement to properly investigate and prosecute such crimes is frustrated by the anonymity of the new technologies, the international nature of this offending and the limited investigative capabilities of law enforcement agencies to respond. One response being suggested is improving the Mutual Legal Assistance regimes as means of sharing evidence regarding investigations or prosecutions of criminal suspects and strengthening the regulations surrounding the use of these emerging technologies.
The introduction of digital currencies like Bitcoin has also impacted on the criminal law sector. Despite its many benefits, Bitcoin has the potential to be misused for illegitimate purposes.  For example, the ease of use and anonymity associated with digital currency platforms has meant that criminals are able to conceal proceeds of crime. Thus, we expect increased regulation of digital currencies under AML/CTF regimes.

How do you determine between a positive incentive and bribe?

The distinction between a positive incentive and a bribe may not always be clear cut. Both provide a benefit that seeks to motivate or encourage another person to do something. Determination of whether a supposed positive incentive is a bribe invariably depends on context. Generally, bribery requires some element of dishonesty and the benefit bestowed needs to have unduly influenced an action or decision. In other words, if a person accepts a gift or reward (monetary or otherwise) which convinces them to act in a deceitful or corrupt manner, then both the bribe giver and receiver are committing an offence.   Thus, providing a reasonable level of hospitality to prospective clients in certain business transactions, for example, will unlikely amount to bribery.

However, care should always be exercised in the provision of hospitality or virtuous gifts to public officials. The GSK scandal is one such example where gifts given to public hospital officials for the purpose of persuading them to purchase GSK’s medical products in China amounted to bribery. GSK was fined $490 million USD. The case of BHP Billiton also serves as warning for bribery risks.

How common are bribes in a corporate context and what do you think should be done to alleviate bribery risks?

According to Deloitte’s Australia and New Zealand Bribery and Corruption Survey 2015, 35% of organisations have experienced a bribery and corruption incident in the last five years.[1] And whilst only 23% of these organisations were not concerned about risks arising from non-compliance with applicable bribery laws, 77% had never conducted a bribery and corruption assessment.[2] Furthermore, the Charney Research Institute’s 2015 white paper says that 35% of companies in China have admitted to paying bribes or giving gifts to officials in order to conduct business.[3]
These statistics show that businesses are unaware of or do not understand their compliance obligations under applicable anti-bribery regimes. We recommend increasing government initiatives to promote education and awareness in the private sector particularly regarding bribery risks in their domestic and/or international operations. The Australian Attorney General’s implementation of their ‘foreign bribery online learning module’ is a welcomed step in the right direction.

Are there any differences in prosecution for bribery committed internationally? Do you think restrictions could be tighter?

In comparison to domestic bribery, the lack of prosecutions in Australia highlights the technicality and therefore the difficulty in enforcing bribery offences concerning foreign public officials. There is always a concern that if further legal restraints are imposed it could potentially unduly limit the facilitation of legitimate business transactions conducted internationally. Stricter controls could also increase confusion and costs with respect to compliance obligations. Increasing funding for regulators and law enforcement, however, is recommended. Given the difficulty in enforcing bribery offences, providing law enforcement with necessary resources to ultimately detect, investigate and prosecute such crimes is a necessary long-term solution.

Dennis Miralis is a leading Australian criminal defence lawyer and adviser who specialises in complex white collar crime, including national and international criminal investigations and prosecutions, with a focus on money laundering, tax evasion, bribery, corruption, cybercrime and regulatory offences.