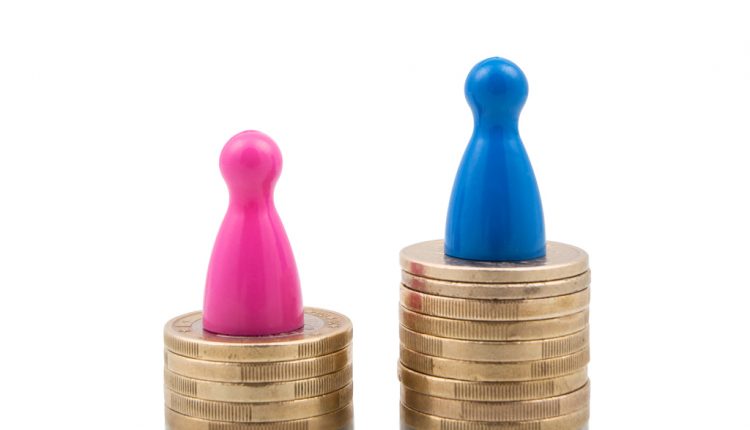 Following an uproar on gender pay gaps in the BBC at the end of last year, former BBC China editor Carrie Grace said she was “very angry” about the treatment and unfairness towards female staff in the company. Unfortunately, this is a situation mirrored far and wide, in both small and large companies. One of few countermeasures is the gender pay gap reporting scheme, which so far has seemed effective in shedding light on some of the companies of which females are affected.

This week Lawyer Monthly set out to find out Your Thoughts on the gender pay gap, posing the following questions:

What are your thoughts on the pay gap reporting scheme? Where will we see progress? What do you want for equality? Where do you want to see change? What does the law currently say about gender discrimination and reporting pay gaps?

Here’s what the experts had to say.

The disparity between what women at the BBC feel and the results of PwC’s recent report illustrates the difficulty in assessing what true ‘equality’ is.

The report states that ‘too much weight has been placed on the prominence and profile of certain individuals’. However, those very individuals form the face of the BBC.

When public facing organisations appear to value male employees more than their female counterparts, this will inevitably result in public outcry. In the end, how much female and male staff are paid individually matters.

Pay gap reporting requirements are a good thing, but it has to be recognised that it is fairly simplistic and (a) only says so much about the true picture in any organisation because the methodology required by statute can skew results, and (b) is only one consideration/tool amongst many on considering gender.

The requirement to publish publically certainly forces bigger companies to think about gender pay inequality and to include as part of business planning and take issue more seriously. For example, some companies have modelling systems built into the pay review systems so managers and those making decisions can see what effect payrises will have on companies overall pay gap.

I believe shared parental leave take up shows that the approach was flawed – parenthood isn’t something that in reality can be done in week “blocks” and I believe issues like those in my second bullet point (above) are more important in achieving gender equality.

Employees should understand why gender equality is good for the business (See Treasury’s Women in Finance report).

The latest outrage surrounding the gender pay gap for BBC workers has brought a common and very serious topic back into the headlines, and this time it is not only the BBC under scrutiny. There is undeniably still clear wage discrimination within the majority of business sectors here in the UK and across the world, and we need to do more in order to close the gap once and for all.

In my opinion, one of the most important contributing factors to the gender wage gap is the ‘gender leadership gap’ – women’s exclusion from the top levels of leadership in all sectors of the workforce. Underrepresentation of women in leadership positions is important because it significantly contributes to the gender pay gap. The highest levels of management and leadership are usually well-paid, and women seldom make it into those positions. As a result, they are also excluded from achieving a higher income and greater financial stability. Instead women should be being encouraged, and be given the same opportunities as men to progress into leadership positions. I would therefore advise women looking to progress into leadership roles to find a mentor – somebody who is more experienced and can offer advice and support – in order to climb the leadership ladder.

Not only would this help to fill the growing skills gap here in the UK, but it would increase the number of strong female role models across the business community. I believe strong female role models and mentorships are key to helping reduce the gender gap across all industries and sectors, and more needs to be done to help promote and encourage women hoping to progress into senior leadership roles.

In general, I am optimistic that we are moving in the right direction in some areas, however the gender pay gap is a frustrating symptom of many underlying issues. It is therefore vital that any plan to fight gender equality issues considers solutions to the gender leadership gap and the influence of strong female role models. Promoting female role models and the concept of mentorship to help navigate the way for future female leaders are just two solutions, but they will go a long way to closing the gap.

The pay gap reporting rule is a start, but it is not a quick fix situation, it will take time. Iceland has been reporting the gender pay gap since 2006 and although they have seen a reduction in the gap by 10%, in 2016 they were still reporting a mean pay gap of 20% (14% when based on regular earnings without overtime). As a result, they have just introduced legislation to force companies to pay men and women the same for doing the same job.

The fact that someone senior has to put their name to the gender pay gap figures, publicly, will give it the much needed attention that it deserves. In companies employing 250 or more, it is unlikely that anyone has really studied the figures. The difference between what men and women are paid are such decisions that are not made collectively but at management level, and although HR normally have visibility, and are often raising concerns, their voices do not always carry a great distance. Knowing that average figures have to be reported, it may make managers and directors think carefully about ensuring equality.

What do I want for equality? That it becomes natural for men and women to be paid the same for doing the same job, rather than something forced upon business.

I want to see changes made at the start of a child’s education, so that they understand that women are not just nurses and secretaries and there is no such thing as a ‘male dominated profession’. This will help to change the mindset at an early age.

Gender pay gap reporting reports an average across an organisation, it does not look at the pay of individuals. However, if a company has a large gender pay gap then there is no doubt that this will be used by those women who believe they have been discriminated against in the workplace – for instance in relation to promotion. They will point to the gender pay gap figures and suggest institutional sexism.

The “gender pay gap” is essentially about equality of opportunity rather than pay. The initiative probably should have been called something else, because it is incorrectly considered to be synonymous with equal pay. The reasons for the GPG are various; you have to look at the data be reference to different factors to identify the possible causes. Only once you’ve an idea of the factors that influence the GPG , can employers take steps to address it.

Not all organisations will be sufficiently motivated to close the GPG, but larger organisations that want to be employers of choice will do. Quick wins could be achieved from objectively looking at recruitment and progression opportunities to see whether any criteria are unnecessary and having an indirect effect on women progressing and introducing mentoring or sponsorship for example. Introducing training schemes that will give relevant experience to allow women to progress or return to work after career breaks will have a positive impact. Removing limitations on agile working and actively offering more flexible working opportunities will have a huge impact on retaining women or encouraging women into more senior roles, where typically the pay gap is higher.

Progress will take a few years though. Progress could be measured by a reduction in the GPG but also in an increase in women applying to work for an organisation that appears to offer, genuinely, equal opportunity.

More open thinking will nurture a culture of equality. For example, in sectors which have the biggest GPG’s, employers should ask whether they really need sector specific experience when recruiting and if so, how much? Having a requirement for significant experience can artificially reduce the pool of candidates and for women who have had a career break, or who have had difficulty getting initial experience, will find it much harder to meet this criteria.

Employers should challenge their makeup and working patterns. There needs to be a societal and cultural shift to make key employer initiatives work.

Indirect gender discrimination is possibly inherent in the causes of GPG. It’s not intentional, but an indirect impact of traditional ways of working will mean that fewer women can comply (because women traditionally have taken on caring roles – although I recognise this is changing).