Should You Choose a Boutique Firm to Represent You? 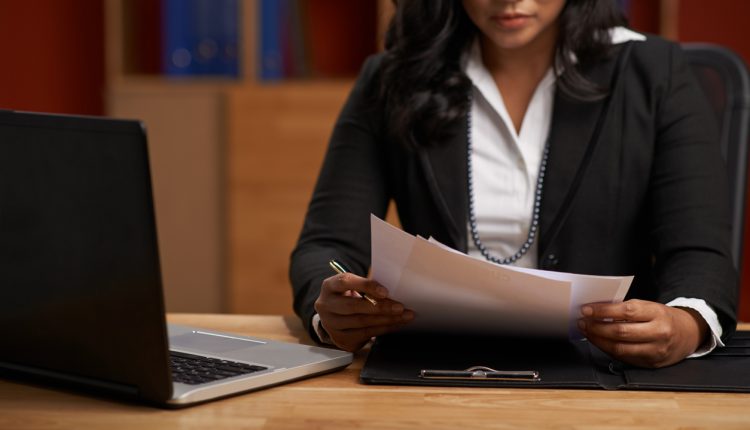 Dr Michael Scheele has an impressive background working with international companies on commercial issues. After being exposed to foreign legal issues early in his career and representing the likes of Michael Jackson, Dr Scheele quickly developed a flair for international legal issues, especially in the MENA region.

In this article, he speaks about the role of the of-counsel network, and why choosing a boutique firm, such as Legal Alliance, has its advantages.

Why did you decide to give special attention to legal consulting in the MENA region?

Essentially, the need for legal services in the Gulf region is increasing for the following reason: two processes which will determine the development of relationships with the MENA countries are taking place simultaneously. The increased pace of economic internationalisation, which is proving to be the driving force behind global growth and the transformation of the economic and state structures in those countries.

Are western companies prepared for such challenges?

The described processes require that those active in the Middle East and North Africa economies double their efforts to adapt. Some MENA countries must undergo complicated reforms, move to private ownership and develop market economy whilst being exposed to increasingly keener global competition. Western companies investing in individual MENA countries must confront varying speeds of reform, changing infrastructures and unfamiliar cultural factors, all of which complicate the choice of location.

What do you consider to be your firm’s role in giving best advice and consultation in the decision-making process?

In future, legal and strategic consultants in this field will have a truly multi-cultural bridge building role. This will differ significantly from the role of consultants advising on exclusively Western matters. It will be necessary to assist companies and institutions to reduce the insecurity arising from structural change and to build up a basis of mutual trust, despite great differences in levels of development.

Ultimately, the services of Legal Alliance’s lawyers, include legal consultation and representation which are offered to individuals, business people, companies and management.

Legal Alliance has also engaged of-counsels in other than MENA countries, such as USA, Brazil, China, Hong Kong, India and various countries in Europe. Can you explain the reasons behind this?

Legal Alliance perceives and understands itself as the gateway for other lawyers and their clients, who are looking for an access to those markets and jurisdictions, where Legal Alliance is represented by members of its international network. We help to open doors for colleagues worldwide. But it is also our ambition, not to be a “one way” street only.

Could you explain this in more detail?

Sure, there are more and more companies in the MENA countries, who are looking for international cooperation partners, be it for investments in Western countries, for technology transfer or for import. And these companies need professional legal advice in the respective western countries or in China, India or the USA to name only a few of our member states, where we have of-counsels.

Could you give us an example?

All MENA countries have a deficit in infrastructure or a need in keeping pace with necessary constructions, such as roads, houses, extensions of ports and airports. One of our clients disposes of nanotechnological innovations, which are superior to the conventional methods in products and construction. The Arab company was considering either to import the product or to form a joint venture and have a technology transfer to such a joint venture company.

What was the final solution?

How did it continue?

The results encouraged our client, to go to phase two, establishing a joint venture. This required substantial legal work, since the laws in this Arab country required a majority shareholder ship of the local partner. And the legal framework of such joint venture had to provide a legal security for our partner. Most importantly, we had to agree and implement arbitration clauses, which could and will safeguard fair and objective rulings, in case it should come to a conflict. It was essential, to cooperate with our local of-counsel, who was familiar with the laws in that jurisdiction.

Can you give us an example regarding the benefits of Legal Alliance’s service for private persons?

There is a demand from various nationals in the MENA region to get either residence permits or even citizenship in foreign countries, mainly in Europe. Likewise, there is a considerable demand from HNIW’s (those who own assets above a million Euro) to get residence permits, for example in the UAE.

We could and can assist in both cases – of course with the support of our of-counsel network.

What do you consider the most common cases, which Legal Alliance is handling, where your network is of greatest benefit?

Undoubtedly it is trade, export from Germany or other western countries to Arab countries. One of our clients, a relatively young company, is the producer of health products of dietary supplements and cosmetic products, which for some reasons have certain advantages and unique selling points compared to similar products. They first started the export to Egypt and found out that this market is exceptionally interesting. With the help of our network we could get other Arab countries interested in the same products. Being represented in these markets with a local of-counsel, the client did not need different law firms for each of the designated countries. The consulting work remained in our hand and in the hands of the respective of-counsels, where the client decided to get engaged.

The same applies to an Austrian consumer good called “Fellinger Royal”. A non-alcoholic, Halal produced sparkling wine. We assisted first in the UAE. And after a successful market entry there, this product made its way to other Muslim countries, including Iran, where we are also represented by an of-counsel.

Legal Alliance is, what you call, a boutique law firm. How did it happen or what were the reasons for you, to focus on international mandates?

My affinity to and interest for foreign countries is definitely due to the early experience as an exchange student in the USA. Soon thereafter, I graduated as an interpreter for English, became Honorary Consul for the young Republic of Seychelles (with jurisdiction in all of Germany). As a very young lawyer I had the privilege of representing Michael Jackson and other international celebrities. Also, I served as a member of the committee, which elaborated and drafted the first democratic constitution of the Republic of Albania.

In other words, international issues have been an integral part of my life as a lawyer. It gives me great satisfaction, to build or participate in building international bridges.

Can you understand or explain, why your internationally operating clients choose a boutique law firm rather than a “big player” law firm for their international transactions?

I guess, you would have to ask one of our clients, to get an objective answer. But seriously, apart from different “tariffs” we found, that the very individual and personal touch has always been decisive for the client. Let me give you an example: once we had to organise a hostile takeover of a cement company in Eastern Europe. Such actions require not only the necessary funds from the client, but a substantial trust in the discretion of the lawyer. A discretion, that can and may be better ensured with a small group of lawyers.

Dr. Michael Scheele was admitted to the bar in Munich in 1977, became member of the lawyer association in St. Petersburg (Russia) in 1991 and was licensed as legal consultant in Dubai (UAE) by the Ruler´s Court. He has advised numerous companies, which operate nationally and internationally in commercial issues as well as national and international artists in matters of media and press law. Dr. Scheele is also working as columnist for various newspapers and magazines and has published himself several popular scientific books as editor as well as author.

He studied law at the University of Munich (LMU) and Stetson University (Deland, Fla, USA) and was awarded Doctor of law 1978 (civil procedure law). From 1979 until 1989 he was accredited Honorary Consul of the Republic of Seychelles (jurisdiction Germany). Also he founded the citizens` group “Fair Press” and acted as member of the constitutional committee of the Republic of Albania.

LEGAL ALLIANCE is a firm of lawyers and tax counsellors in Munich (headquarter) Berlin and Hamburg, specialized in business law, corporate and commercial law, mergers & acquisitions, media law, (intellectual property, copyright, press), tax planning, law of financial services, insolvency law and cross border transactions. To meet the self-determined high-quality standard of professional service, LEGAL ALLIANCE employs and cooperates only with lawyers and accountants who have proved their qualifications by above average university degrees and/or doctors degree in law. All members of the professional staff speak at least one foreign language.

Wrongful And Fraudulent Trading – What Is The Difference?