Tesla Vs Top Gear: Has it Ended? 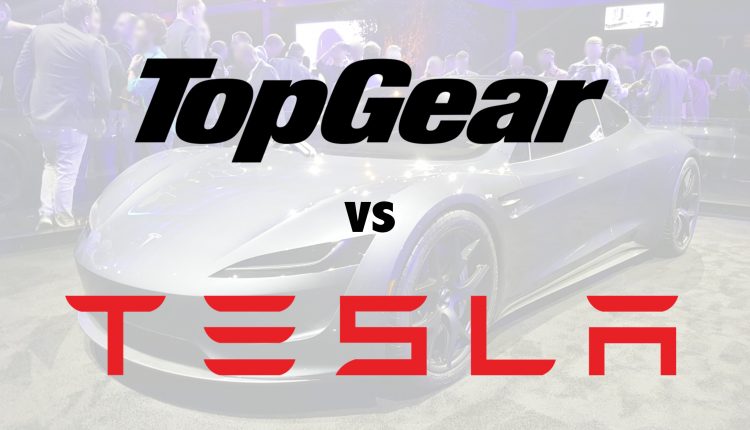 What was once just a lawsuit in progress has now become a heated motoring rivalry, namely between Elon Musk, the CEO of Tesla (also the CEO and CTO of SpaceX), and Jeremy Clarkson, a British broadcaster and journalist, star of Top Gear and The Grand Tour, renowned for his TV jargon.

It all started following a 2008 airing of a Top Gear episode on the BBC, in which hosts James May, Richard Hammond and the aforementioned Jeremy Clarkson, showed a Tesla electric car running out of power on the racetrack, overheating at a much shorter range than expected, as well as suffering from brake failure. Consequently, in March 2011, ol’ Musky (as the internet like to refer to him as) launched a libel lawsuit, supported by London libel specialists Carter-Ruck and an expert QC, against the BBC programme citing defamation and malicious falsehood. The suit claimed the scenes mentioned above were falsely staged. Elon Musk called the BBC show “completely phony”.

Here’s the Top Gear episode in question, skipped to minute 16:25.

Specifically, the claims were regarding false statements that the Roadster reached a paltry 55 miles of range on the classic Top Gear test track (compared to the 200 miles Tesla claims it is capable of) and an issue where the brakes were portrayed as ‘broken’. Tesla also accused Top Gear of staging scenes showing the crew pushing the £92,000 (at the time $101,500) electric sports car off the track for a recharge.

With the BBC proceeding with its usual behaviour when sued, to acknowledge the suit and keep quiet whilst preparing a defence, PHA media, representing Tesla, sent an email to The One Show, CC’ing Top Gear in, asking if it would like to interview a Tesla spokesperson and even take one for a ride to re-evaluate it on behalf of the BBC. A bold move by Tesla & PHA Media, really.

At the same time, in a written interview with Jalopnik, Andy Wilman, the Executive Producer of Top Gear ignored the usual BBC post-lawsuit strategy and cleared the air on some of the statements made on the episode in question. These were regarding the ‘reduced power’, range and ‘broken brakes’. He supported his statement with: “The above points will be argued over in the near future by brainy people wearing wigs, but in a layman’s nutshell, this is where we stand on the matter.”

According to The Drive, when Tesla dropped the car off at the Top Gear studios, Elon Musk says an employee spotted the script pre-filming, which included the supposed ‘breakdown’. Musk also said that looking at the onboard logs of the car used for the filming, the power had not dipped below 20% for the entire duration of filming. Musk said the ‘broken brakes’ actually corresponded to a blown fuse rather than an equipment failure. He never really addressed the overheating issue.

In October 2012, Judge Martin Moore-Bick dismissed the libel case, stating that nobody watching the programme could have reasonably likened the Roadster’s performance on the Top Gear track to how it would behave in a real-world street car setting.

However, Tesla did not back down and in March 2013 returned to court with a tweaked lawsuit. According to The Guardian however, the same judge stated that Tesla’s case didn’t indicate enough defamation to warrant a real or substantial tort, adding that “as any reasonable motorist knows, a manufacturer’s statement about the range of a motor vehicle is always qualified by a statement as to the driving conditions under which that range may be expected.”

Tesla had in fact originally presented its losses as a result of the show’s ‘false statements’ at $171,000, claiming that such defamation had “intentionally or recklessly grossly misled potential purchasers.” In a similar case just months prior, Musk quantified losses from a ‘fake’ New York Times report by writer John Broder, on the Tesla Model S, at around $100 million in stock value.

According to The Guardian, Andy Wilman said: “I am pleased that the appeal court has upheld the previous ruling and the case has been struck out. I’d also like to apologise to the judges for making them have to watch so much Top Gear.”

After the lawsuit and appeal, the fiery rivalry was eventually born. And it has pretty much been a war of words since. Here were Elon’s thoughts about Jeremey Clarkson on BBC Newsnight in 2013.

As a result of the lost suit against Top Gear, Musk definitely holds a grudge against Jeremy Clarkson. In a more recent 2017 interview with The Daily Beast, Clarkson described Musk’s actions as ‘petulant’, stating: “He sued me and lost, he appealed and lost. You go online and you read that we ‘made it up,’ that we ‘faked it’… We didn’t… You see, if anybody is going to get sued, I mean you can’t say that sort of thing. I could say all sorts of things about Musk but I won’t. Musk doesn’t like losing. Unfortunately he did twice… He’s just got sour grapes. I actually reviewed the new Tesla in the new show and in many ways, it’s tremendous.”

In the first half of 2015 Jeremy Clarkson was fired by the BBC for an ‘unprovoked’ physical and verbal assault on Top Gear producer, Oisin Tymon. Clarkson punched him after being told that what he wanted for dinner, a good old steak, was not available at one of the hotels the crew were staying at while filming Top Gear. So at least someone has reason to hold a grudge against Clarkson.

Here’s Clarkson discussing the grudge while promoting The Grand Tour, in an interview with Mashable.

According to several other interviews with Musk, it’s apparent the above remains true; Musk is 100% still annoyed at ‘anti-American’ Jeremy Clarkson. By 2017 the feud had pretty much gone from a Tesla-Top Gear matter, to a Musk-Clarkson thing. Musk told the BBC: “I’m surprised to learn Top Gear was even on the BBC. I think Clarkson’s show is much more about entertainment than it is about truth. I think most people realize that, but not everyone. I have actually enjoyed a lot of his shows. It’s not as if I hate Top Gear or anything. He can be very funny and irreverent, but he does have a strong bias against electric cars and in particular he seems to hate Americans.”

In the entirety of its four-year lifespan, less than 2,500 units of the Roadster were sold, but for the price tag it came with, and the popularity of electric cars, this was pretty good. At the time, former Top Gear host James May said: “Battery powered electric cars will soon die altogether.” It’s safe to say he was pretty wrong.

The latest Tesla-Top Gear encounter took place last December with a pretty standard Top Gear episode, featuring the most recent generation presenters as opposed to Jeremy Clarkson and co. Host and Youtube star Chris Harris took a seat in the Tesla Model P100D for a quick drag race against the Porsche 911 R, and this time round, had only good things to say about it. Here’s the video.

On the other hand, Jeremy Clarkson’s most recent experience with a Tesla electric car is currently available on Amazon’s Season 2 of The Grand Tour, where the team review Tesla’s Model X.

Perhaps the rivalry is softening, but it hasn’t exactly officially ended, and it’s more likely that this clamorous dispute is yet to be revisited.