Hands-on Experience vs. Law School: Which Is Better? 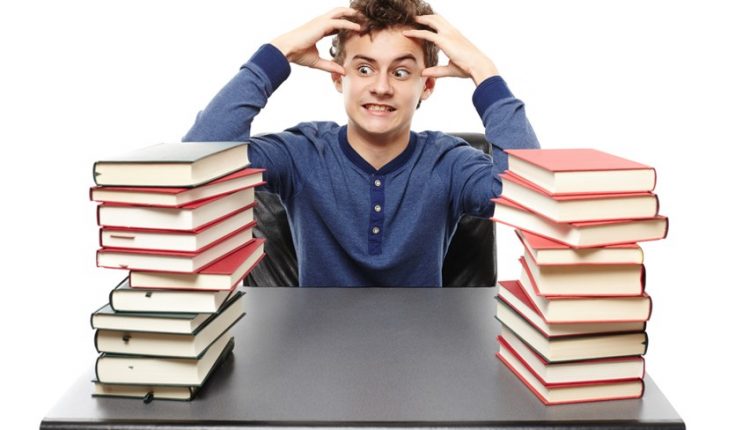 We have had the pleasure of hearing from Howard Nations, who has served an amazing career in the legal industry. He has been practising for over 50 years, and this month he speaks on his journey to specialising in law, what prepared him for his successful career, and his most interesting cases.

Did you always know that you wanted to be a lawyer?

There was never any doubt about being a lawyer. It was, I was influenced when I was nine years old; it was 1947. There was a man who used to have the little Shetland ponies; I used to go down and ride the ponies all the time and help him take care of them. Well this fellow was getting called away for 90 days of National Guard duty or military reserve duty and needed somebody to take care of his horses, and I offered to take care of them for a dollar a day, to which he agreed. When he comes back after 90 days and he said, “thanks a lot, kid”.  I replied: “Yeah, what about my 93 dollars?”  And he said, “I don’t know what you’re talking about.”

Well, fortunately I had gotten it verified with the auctioneer who ran the stables, and so I went to my grandfather who took me to a lawyer. I told him the story that this guy had promised me a dollar a day for 93 days and how I did the work and now he wouldn’t pay me. The lawyer listened to me for a while and wrote some things out by hand; we walked across the street to the Courthouse, we went in and had an immediate hearing. He said, “okay, kid, tell the judge your story.”.

The judge called the auctioneer by telephone and asked him, to which the auctioneer said: “Yeah, I heard him say that, he did promise him.” The judge awards me $93, and then he tells the auctioneer if it’s not paid by Saturday, then to sell those horses at auction and give me the money.

But what impressed me more, was he awarded me $93 and he awarded my lawyer $250. And I was thinking, “wait a minute, I worked 93 days, I got $93. The lawyer heard about this this morning and this afternoon he got $250.” I asked Ernest McDonald, who was my lawyer: what do you have to do to be a lawyer? Because I caught on really quick that it was better to be a lawyer than it was to be a caretaker for horses. But from that, I was impressed by the power of the Judge; I was impressed by the aura, the drama, the setting of the courtroom, and I was very impressed that the Judge could just resolve this whole thing. That made an impression on me that lasted, and still lasts today.

Do you feel that law school adequately prepared you for a career as a lawyer or do you think the real world experience was more beneficial?

What are the most notable or interesting cases you were involved in that you would like to discuss?

Well, there have been a lot of those.  I got involved, very early in my career, in the Candace Mossier case involving the murder of John Mossier; Candace Mossier, his wife, had been tried along with Melvin Lane Powers, her nephew, for the murder of her husband. There was a big national publicity over this case, it was huge. After Percy Foreman got an acquittal for Candace and Melvin Lane Powers, the Saturday Evening Post ran a two-part article about Candace and her nephew as being lovers. And so Candace sued the Saturday Evening Post for 83 million dollars for damage to her otherwise spotless reputation. I had the pleasure to spend an immense amount of time investigating that entire murder trial, talking to all the witnesses. That case alone kept me with the big law firm for an extra two years. I wanted to start my own, but the involvement with the Mossier case was fascinating and I couldn’t leave without finishing it. So, I stayed five years with the firm instead of three.  At the end of the day her case was dismissed but it was a grand experience that provided me with a lot of education.

One of my best accomplishments was when I tried a case against Astroworld for the design of the rollercoaster and as a result of my case seats in rollercoasters were redesigned which set a new standard of safety that was adopted by most rollercoaster manufacturers. So, we literally changed the industry and the safety of rollercoasters due to this jury verdict I got against Astroworld. In this case, we introduced into evidence a computer-generated animation of the roller coaster, and a computer-generated animation of the injury to my client. It was the first case anywhere in history that animations had ever been introduced into evidence and this opened the door for animation evidence in litigation, which has come a long way since then.

What lawyers do is very important.  The work we do individually is important, but the work we do as associations is very important. If you take the AAJ, American Association for Justice, for example, and its work in lobbying to protect the rights of individual citizens in this country is unbelievably important. In the absence of that, the tort system would have been gone by now. The tort system would have been replaced by administrative agencies and the jury trial system would be reduced to arbitration, if there was any recovery at all. And the only thing protecting the rights of individual citizens are the Plaintiffs Bar and its associations. It’s important to give back to the profession and the way to give back is by associating with other trial lawyers in organisations like this to protect the civil justice system in the country.

What do you see for the future of the legal community?

There is an attack on the criminal justice system and on constitutional principle; these attacks are being made by people with huge fortunes and access to the media and the opportunity to diminish the perception of the Bar, perception of the legal profession.

I’m concerned that the jury trials are on the way out.  If it were not for the Seventh Amendment, we would have lost jury trials a long time ago.

I’m concerned that we will no longer have the lawsuits to train our young lawyers. When I first started practicing law, we had 10 to 15 cases set for trial every Monday morning. I actually had one situation where I was in trial in two cases at the same time.

That’s the way it used to be; we just tried case after case which you can’t do anymore. It was great training as we tried every type of case. Those who want to do away with jury trials have had tremendous success in Texas. The number of jury trials in Texas has diminished just so severely that I don’t even try cases in Texas any more.

What’s your advice to future lawyers?

In this business if you put your clients first and you always do the right thing on behalf of your clients and you do it within the ethical rules and within the rules that control both our profession and our judicial system, the rewards will be there. There’s a saying that those who do good, do well. And the worst thing you can do, I think, is to focus on how much money you can make which is a tendency when you graduate from college and law school; today you have so much debt that you immediately start thinking about how to pay it off and making the most money in the fastest way. But if you focus on doing the best job you can with every single thing that’s in front of you with every individual case, and treat every client and every case as your most important client and your most important case, and do it within the bounds of ethics, you’ll do fine. You’ll do good and you’ll do well.

Howard Nations has been at the forefront of civil and personal injury litigation for over 50 years and has built a national practice focused on mass tort pharmaceuticals, individual catastrophic injuries, and complex business litigation.

Howard graduated from Florida State University in 1963 and from Vanderbilt Law School in 1966. He has three trial board certifications and has tried countless cases involving catastrophic injury, wrongful death, breach of contract, will contests, securities fraud, real estate fraud and domestic relations, among others. He also represented the accused in more than 300 pro bono criminal cases.

As a pioneer in courtroom technology, Howard was the first attorney to have computer-generated liability and medical animations admitted into evidence at trial. As a leader in education, Howard co-founded AAJ’s National College of Advocacy, and has taught advocacy-related courses in law schools for 35 years. As one of the most sought after educators in the law profession, he is widely published and has lectured to lawyers in all 50 states. Howard also pioneered the use of forensic psychological and neurolinguistic principles to persuade judges and jurors in trial.

The Nations Law Firm is a national litigation firm. We represent plaintiffs who have been injured by defective drugs, medical devices, and corporate wrongdoing. We also specialise in catastrophic injuries and wrongful death from other causes, such as trucking accidents, other motor vehicle accidents, drunk driving, elevator accidents, birth trauma, amusement park rides and other defective products.