Your Thoughts: Can Trump Ban Transgender from the US Military? 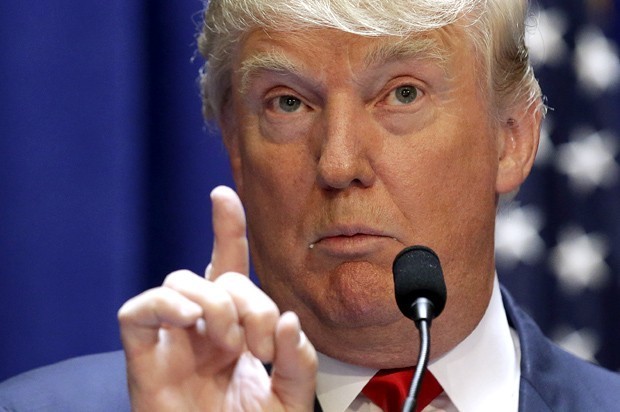 Provoking the US LGBT community, President Trump recently announced that transgender people would no longer be permitted to serve in the country’s military. This leaves just 18 more nations around the world that do not discriminate against people entering the military based on gender identity.

Of course the announcement was made via twitter, Trump’s go to press platform, after saying he had discussed the matter with generals and military experts, and concluded that transgender individuals cannot serve in any capacity due to their tremendous medical costs and disruption.

Following this news a few weeks back, Lawyer Monthly reached out to US sources and experts and heard a few of Your Thoughts on the legal and social matters surrounding this discourse, both of which offer a variant opinion either side of the coin.

This transgender issue in the military is very simple in that any individual meeting either criteria, let alone both, should not join the military:

The argument “anyone capable of serving should have the opportunity” is an appeal to emotion instead of logic and reason. The military exists to fight and win wars, and anything interfering with that ability does not belong. There are many great people with a lot to offer, but for a number of reasons ranging from medical issues to simply not the right personality, should not be in the military.

You don’t have to be in the military to serve your country, and I’m not just talking about civilian opportunities in the Department of Defense. You can volunteer or do charity work, or have a professional career helping others in education, public safety, and medicine.

President Trump’s policy-by-tweet banning transgender Americans from serving in the military is a head-scratcher – legally, as well as politically.

Federal courts have demonstrated their willingness to dismantle policies that discriminate against transgender individuals, drawing upon the Supreme Court’s decision nearly 30 years ago, in Price Waterhouse v. Hopkins. In that case, the Court established that employment discrimination for failure to conform to sex-stereotypes violates Title VII of the Civil Rights Act of 1964. In a series of recent cases, courts have applied similar reasoning to hold that discrimination against transgender individuals is illegal. This protection extends to those employed by military agencies, as we saw in 2015’s Lusardi v. Department of the Army. This line of authority raises real questions as to whether any ban against transgender servicemembers would withstand legal scrutiny.

The law, increasingly, does not tolerate discrimination on the basis of gender identity and, while there is more work to do before the LGBTQ community stands on even ground, Americans increasingly support civil rights for transgender individuals. Two new polls show that Americans strongly oppose President Trump’s regressive proposal—in fact, an overwhelming majority of adults nationwide support trans people serving in the military. And in response to the proposed ban, several major police departments across the country have encouraged transgender people who are dismissed from the military to join their ranks.

President Trump is seeking to roll back the clock with his antiquated view of transgender individuals. It’s clear that the president is out of step with where our military and the rest of our country are headed.