#WednesdayWisdom: Why Do Barristers Wear Gowns and Why Are They Black? 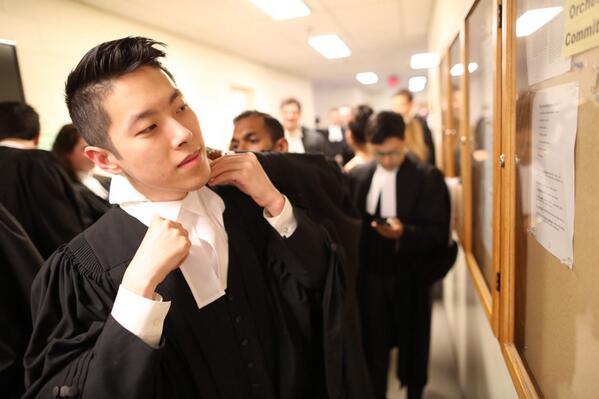 Once a month, Scott Haley, Family Practice Manager at One Pump Court brings Lawyer Monthly Wednesday Wisdom, and this time round he sheds light on the classic black robes barristers boast in their daily work.

Every parent knows the joy of spending the summer holidays with their children – and then having to kit them out with new uniforms for the start of the school year in September. Along with the wig, the main part of a barrister’s uniform is their black robe.

Up until the 14th Century, men of learning wore robes as signs of their status. While other professions and fields of academia (excluding the clergy) gradually dropped this tradition, the Bar continued wearing robes – although, back then, they were generally brightly coloured. Being fashionistas, barristers changed these gowns with the seasons; opting for green in the summer and violet in the winter. Red was worn on special occasions.

A Royal Decree was passed on courts dress – known as the Judges Rules of 1635 – which aimed to regulate the attire worn by judges. Although not subject to these formal regulations, following the death of the Charles II in 1685, the Bar entered a period of mourning and started to wear black mourning robes, complete with the pleated shoulders and tapered elbows we see today.

The modern gown also has a mysterious piece of triangular cloth attached to the left shoulder, often described as ‘violin-shaped’, which is cut in two lengthways. Its origin is obscure and there are two theories for why it is there. The first is that this was once a money sack for brief fees. According to some, it is divided in half to create two segments, one for gold coins, and the other for silver.

The second theory is that the triangular cloth is a derivative of the mourning hood introduced following the death of Charles II, in keeping with traditional mourning dress of the time. This was the cast over the barristers’ left shoulder and held in place by a long tassel known as liripipe, originally held in the left hand. This liripipe has survived on the robe today, and is now represented by the strip of cloth that hangs down the front of the modern gown.

It’s been said that the Bar is stubborn, but it’s probably safe to assume that the Bar has formally stopped mourning the death of Charles II by now. However for some reason, this fashion has continued through to the modern day.