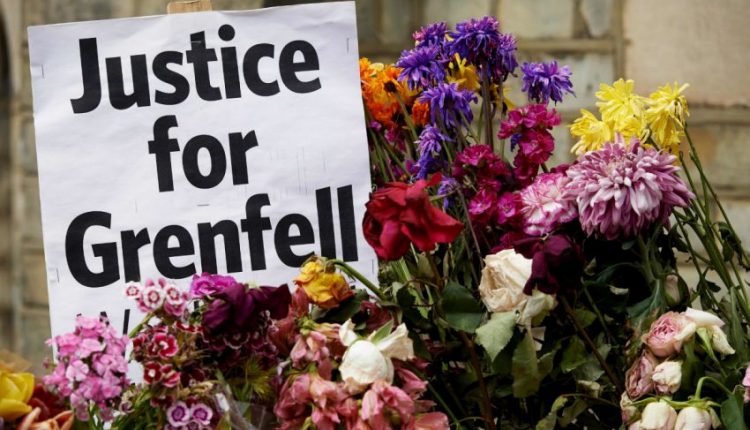 Victims on the Grenfell tower fire have still not been housed over three weeks later, despite being promised housing would be provided within three weeks. Even before the fire, Chelsea and Kensington, in London, already has the worst reputation in England for housing homeless people locally.

Lawyer Monthly asked experts to watch this video and provide their thoughts on the crisis, action taken, and the way it has been taken. In the video, a father and daughter who survived the Grenfell Tower fire explain why they have turned down the accommodation offered to them.

The primary issue is the re-housing of residents who were assured by Theresa May that this would happen within three weeks of the disaster occurring. However, the vast majority of residents still have not been re-housed in suitable or appropriate accommodation and the Government is failing its own (relatively simple) target. This may be because of housing shortages, although one gets the impression to a certain extent it is because the local Government has not dealt with a catastrophe this large and is not equipped to do so.

“From a property litigation perspective, the incident has drawn attention to a landlord’s liabilities on repair in residential property. On a tower block such as Grenfell, the landlord typically would take responsibility for repairing the structure and exterior of the property as well as various installations in the premises.

Pursuant to Section 11 of the Landlord and Tenant Act 1985, the Landlord is responsible for drains, gutters and external pipes, as well as to keep in proper and working order the installations in the flats for the supply of water, gas, electricity and sanitation. But not for the fixtures, fittings and appliances for making use of those services. These obligations apply equally to social landlords as well as private landlords and the responsibility for any failure to comply with this, falls squarely at the landlord’s feet.

If it is found that the local authority did not comply with its duties to its tenants by, for instance, installing cladding at Grenfell which was not compliant with building regulations – as well as fire regulation and health and safety standards – then there can be little argument that the residents have been failed and that legally the local authority is responsible for the devastating consequences and consequential losses of the fire.

The local authority may of course argue that their instructions to the contractor were that the cladding was to be regulation compliant and may pass liability down the chain to their contractor (who may in turn pass it to their sub-contractor).

There clearly is an enormous amount of investigation, of the evidence and then consideration of the legal issues still to take place, but the primary concern for the local authority at the moment should be to re-house the innocent victims of this disaster.

James Reed, Chairman, reed.co.uk, a trustee of the Big Give:

The response from the whole community and the wider public has been fantastic. We’ve seen incredible acts of generosity. We’re calling now for businesses to really make their mark and support our appeal. The people who have been affected by the fire have lost everything, they need our support. It’s the right thing to do.”

If we get to £3m, I’d like someone to say, “I’ll match that,” which means we would have raised £6m in total. There are people out there who have the power to do that, and we would love to talk to them. It’s an opportunity to make an incredibly generous gesture and more importantly, to make a huge contribution to relieve the suffering of those from Grenfell Tower.

There have been a number of donations from various business leaders in the local area including – Monson & Accessorize, EQ Investors, Reed Foundation, DMGT and Newhall Publishing and Cadogan, who has committed £200,000 along with other local support, such as offering accommodation to help families affected.

Glenn Armstrong, UK property expert. His book, How To Become A Property Millionaire, is due for release in October 2017 by Filament Publishing. All proceeds from Amazon book sales will go to the Grenfell Tower Dispossessed Fund:

What percentage (I assume a high one) of the people who are in need of re-housing are either council tenants or on housing benefit?

A large percentage of council housing stock has been sold under the right to buy scheme, particularly in high value areas like Kensington and Chelsea, leaving the council short on housing stock with long waiting lists for council housing. Hence, there are very few council-controlled properties available, which is why they have failed to provide within the three-week deadline. They simply do not have anywhere suitable to put the Grenfell residents within their borough.

So, what is the answer? I believe council and local housing authority (LHA) tenants should be put in private-rented properties. There are challenges though.

Commercial, market-driven rents for two-bedroom flats within half a mile from Grenfell Tower, range from £1800 to £4000 per month, or more depending on the square footage. Housing benefit (rent allowance paid by the council) or LHA rates are £260.64 per week for a one bed flat (£1129.44 per month) or £302.33 (£1308 per month) for two beds. These figures are clearly way below the commercial market rate for similar property that are available on the market to be privately rented.

In the area around Grenfell Tower, a lot of landlords do not want to rent their properties to council or LHA tenants. Indeed, most LHA tenants who are not in council housing have long been driven out of the area.

Trying to re-house people on a like-for-like basis when they want to stay in the area is going to be difficult unless the local government dig deep into their pockets to cover the shortfalls AND make some concessions to private sector landlords in the way benefits are paid. If this strategy was adopted then everyone in Grenfell seeking re-housing would be able to be given properties within half a mile, as there are more than 100 two-bedroom properties available in the area.

Several years ago, I was one of the top private providers of properties to LHA tenants in the UK and the largest in my area of Milton Keynes. A combination of rising local rents and the government changes to the way benefits could be paid direct to landlords drove me away from provide this much-needed private sector top up. I am still very familiar with how the system works.

I believe local governments should start building houses for council tenants again but they should be funded using commercial banks rather than coming from a budget that is currently not available. The rents would more than cover the interest payments and the council housing crisis status would be solved; as property prices increase so would the council’s asset base.

With the news that victims from the Grenfell tower still haven’t been rehoused it has come a surprise considering the availability of rented accommodation in London and the surrounding areas to the tower.

A quick search of Rightmove shows hundreds of properties which could be used to house these victims which would probably save the authorities from further embarrassment. As the tower was insured many may ask why the council isn’t using the insurers payout to rehouse these people in quality accommodation in a timely fashion.

We would also love to hear Your Thoughts on this, so feel free to comment below and tell us what you think!