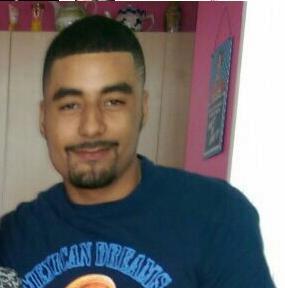 Ralston Dodd, 25, was imprisoned in 2016 after attempting to murder Jerrell Holland with three knife strikes in the back. However, after being sentenced to nine years, he walked free just months later, and nobody noticed. The criminal is now at large and unfound.

Dodd stabbed Jerrell in the back three times after an unfriendly argument, and punctured one of his lungs. Not even a year later, out of jail far too early to be true, Jerrell spotted Dodd in North London, informed the police, and an arrest warrant was issued. Dodd however, has gone into hiding.

It is believed that the crown court misheard the judge’s sentence and by mistake filled out prison forms for a nine-month sentence rather than nine years. Of course, as it was clear as day on paper, prison staff simply released him after nine months without batting an eye.

It’s not known when exactly he was released, as often prisoners are released at around half of their sentence term, but it is known that he was definitely spotted just seven months after going to jail.

The Sun claims a fried of the knifer said: “He couldn’t believe his luck. He feels like he’s won the lottery and all of his Christmases have come at once.

“He’s had to keep his head down in case anyone spots him. It’s unbelievable how it’s happened. He has a violent temperament — and now he’s out.”

Jerrell’s dad Alex, 42, demands answers from the police and prison staff, saying: “This is an unacceptable blunder by them. He got nine years for stabbing my son three times. He could have died. I held my son and thought he was going to die.

“How can this happen without anyone noticing? I can’t imagine they’d let out Peter Sutcliffe early.”

Police are now searching and pursuing the attempted murderer.