Avoiding Patent Trouble: The Importance of the “First Filing” 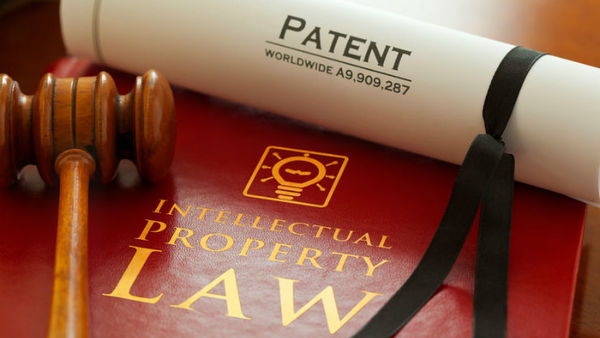 Patent rights are crucial value drivers for individuals and technology companies, large or small. We speak with George Schlich for a selection of best practice pointers under the law of the European Patent Office (EPO) on how to get the most out of patent applications, especially the “first filing” that establishes a priority date for and sets the framework for future patent rights.

Who is the most important person when it comes to getting decent patents?

Of all people involved in the filing, prosecution, grant and enforcement of patent rights, it could be argued that none are as important as the drafters of the “first filing” (i.e. the first patent application for an invention, relied on to establish the date of the invention via a priority claim in later foreign or International patent applications, the “foreign filings”). Headlines in the IP news highlight victories skilfully won in court but regardless of the skill and experience of the litigators, certain errors or omissions made by the drafters may be irrecoverable, while stoutly created rights should withstand all slings and arrows, however outrageous.

For those not expert in patent law, can you set out the significance of a priority claim linking the foreign filings and the first filing?

What factors compete with each other when these ‘first filings’ are being prepared?

The fortune of the desired patent rights will rest heavily on the combined teamwork of the inventor(s) (the client) and the patent attorney. This may be tested by tension between the needs of the client and the recommendations of the attorney when making the first filing. Often the client requires a speedy first filing as they are eager to disclose their invention. For smaller applicants, funding may be limited and therefore cost is also a factor that the drafting patent attorney must manage. With premature or inadequate first filings, however, comes the danger that the invention may develop and therefore the patent eventually granted will no longer cover the commercial product or the first filing cannot be validly amended to cover the product, resulting in an effective waste of patent prosecution costs. If a first filing is made without enough data, it could be more vulnerable to refusal during prosecution or the patent exposed to revocation after grant, resulting in a loss of protection.

How should the client / patent attorney deal with those developments in the invention?

First, such developments are to be expected. Next, it is a reality that clients will want to tell the world of their invention at the earliest possible moment, but it is really best, as far as getting valid rights is concerned, to wait. Once the hard work of submitting the first filing is complete, applicants are sometimes of the belief that they are free to disclose their invention, without implications for later foreign filings because of the link to the first filing by the priority claim. It is then very tempting to believe the invention is “safe” from one’s own disclosures by the act of the first filing. But it is not safe, because no one can completely control events between the first filing and the later foreign filings.

In order to validly claim priority from the first filing, current EPO law per decision G2/98 requires that the claimed subject matter be directly and unambiguously derived from the first filing, using common general knowledge alone. It is almost inevitable, however, that there will be some features of the invention that change. Rights may also be threatened by an intervening publication which includes a feature not disclosed in the first filing. It is therefore advisable to monitor developments to the invention that occur after the first filing. If there are important changes to the invention that are not yet covered, these should be captured in one or more “follow-up” filings. When the applicant is intending to disclose these improvements, these follow-up filings should, of course, be filed before the disclosure.

Applicants should be informed of the importance of communicating developments to their patent attorney, and preferably regular meetings should be arranged to go over any developments, paying attention even to what may seem like minor details that have changed since the first filing.

In both follow-up filings and foreign filings desired to be linked by priority back to the first filing, it is important not to change the wording or vocabulary used to describe the invention without good reason. A simple change of wording can lead to a loss in priority for a certain feature where the meaning of the wording is not identical, breaking the link. If a change of wording is required, it is recommended to retain the original wording (with the new wording added) to ensure that you leave open the option of relying on the first filing for the original wording and at least partially maintaining that link.

How does the inventor know there is enough data for a first filing?

In short, filing on a hunch will give no valid patent rights – other than in exceptional cases you will need some data. According to EPO case law, in order to validly establish priority for subject matter in a first filing, the subject matter must be sufficiently disclosed, this usually means with enough data for the claimed invention to be plausible. The EPO can be generous to a limited extent: post-filing evidence can bolster validity of the first filing but only provided it is not being used to cure a fundamental insufficiency through lack of data and is instead confirming the underlying teachings in the first filing (decision T1205/07). The need for support can vary between technical fields, for example: in second medical use patents, data should link the activity of the compound to the disease mechanism. So, don’t file on a hunch but wait, accumulate data and file when you have enough to render the invention plausible.

If the invention develops, what other options are there to protect those down the line?

Drafters of first filing should appreciate one aspect of patent examination at the EPO: that selection inventions can be patented. This gives some interesting options, one of which is to draft the first filing in a way such that there is basis for multiple combinations of one or more or all features of the invention. This should remove those combinations from being patented by the competition. Alternatively, the drafter may wish to purposefully not specify certain combinations so that these can be protected in a later application as a selection invention, with a later filing date extending the patent lifetime for the combination. This approach is of general application and commonly seen in the pharmaceutical field, where a first filing may not specifically disclose the lead compound (often as it is not yet known) but broadly encompasses it in the claims. As lead compounds have advantageous properties (which are often unpredictable based on their structure), a later filing directed specifically towards the lead compound (or a narrowly defined family of compounds) can be held as new and inventive. Drafters can decide at the time of filing whether to leave opportunities for later selection filings. As with many decisions, it must be taken there and then in the first filing.

Can you sum up the key points for our readers?

As the text of the patent application develops from the first filing file updated applications for developments, keeping track of and retaining reference to the original wording in the first filing – you might have to guarantee the link back to this for valid rights as they occur. Separately, only file when you have enough data. This latter point is on the one hand a simple statement of a desideratum, but on the other vital also to valid rights; you will have to make the call as to when the data you have means the invention is plausible. Finally, understand how the patent world (particularly in Europe) deals with selection inventions. You may have the option to choose whether to leave some or no room for extra patent filings in the future.

George Schlich MA (Cantab) is a European Patent Attorney who drafts, files and prosecutes patents covering life sciences, pharmaceutical and mechanical subject matter. He conducts inter partes Oppositions and Appeals at the EPO and represents amongst others Intellia Therapeutics in IP proceedings relating to CRISPR technology. He is a tutor for UK and European “final” patent attorney examinations and has his fingers crossed that the UK will ratify and join the UPC, Brexit or not!

Schlich is a full service patent and trade mark attorney firm specialising through its 9 attorneys in chemical, pharmaceutical, biochemical, life sciences and mechanical technologies. The firm has an active EPO opposition practice and has supported flotations on AIM and NASDAQ listings for its start-up clients.