Damages or No Damages? 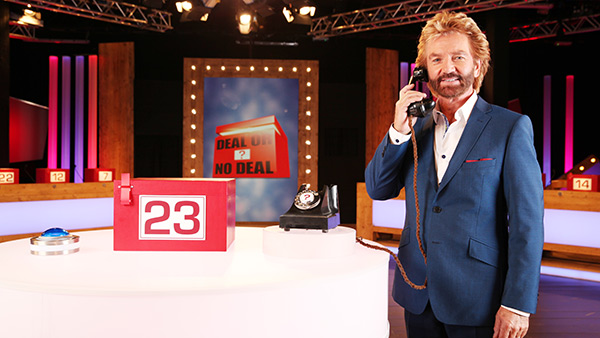 In recent news we saw that Noel Edmonds is seeking more that £50m in compensation over the HBOS fraud scandal. Here Stuart Benzie, civil fraud barrister at 2 Temple Gardens, talks to Lawyer Monthly in regard to Edmonds’ argument that HBOS and its former employee Mark Dobson destroyed his business, and the possible legal remedies in place for such damages.

Noel Edmonds, best known for hosting Deal or No Deal?, has now found himself taking on the banker. Unique, his previously successful media business, became a victim of the widespread fraud perpetrated by employees of HBOS Reading branch and a corporate turnaround company called Quayside Corporate Services, during the period of 2002-2007.

Lloyds Banking Group, which acquired HBOS in 2008, has assured the 64 fraud victims that they will receive compensation by the end of June, having set aside £100m for that distinct purpose.  However, Noel Edmonds alone values his claim for significant economic losses and damage to his reputation at £73 million.   Not leaving a lot for the remaining 63 victims

Before making any specific offers of compensation, Lloyds has stated that it is conducting a customer review. The term “customer review” may not generate happy memories for victims of the earlier interest rate swap misselling scandal. This process allowed Lloyds (and other banks) to assess the amount of compensation due to the victims of that scandal, overseen by an independent reviewer. Many customers were left disappointed as a result. The compensation offers made were often low and below what the customers believed they had lost.  Perhaps inevitably, when faced with a choice of accepting an inadequate compensation offer, or litigating against a major bank, many decided that they preferred the former.

Given the figures put forward and the comparative rarity of claims for loss of reputation (sometimes called “stigma damages”), it seems unlikely that Lloyds has any intention of paying significant compensation for the loss of Edmonds’ business reputation.  Consequently, the question arises: can a claim for loss of reputation result in a payment of damages before the courts?

The protection of damage to reputation is normally considered to be the role of defamation, but as no HBOS employee appears to have said anything that directly defamed or tarnished Edmonds’ reputation, such an action would be unsustainable. Nevertheless, it is clearly arguable that being snared in this fraud might well damage the business reputation of any of its victims.  The good news (for Edmonds) is that the application of normal contractual principles may afford a route to recovery of losses sustained in circumstances where he can prove and quantify the loss of reputation claimed.

In Wilson v. United Counties Bank,[1] a bankrupt customer brought a successful action for breach of contract against a bank: the House of Lords unanimously upheld recovery of damages for consequential loss of personal reputation. Accordingly, it appears that where damage to reputation, of a sort that would not give a right to recovery in defamation, has been caused by a breach of contract, damages for that breach should be recoverable.

The leading modern case in this area is the House of Lords decision in Malik v. BCCI[2]. The Bank, BCCI, was found to have been involved with a large-scale fraud and other criminal acts, as a result of which the claimants, both employees of the bank, lost their jobs. The employees brought successful actions against the bank for breach of their employment contracts. In the course of judgment, the House of Lords unanimously upheld the pleaded head of loss for “stigma damages”, under which the claimants claimed that their future employability had been handicapped by reason of the stigma attaching to the bank’s activities and their innocent association with them.

Noel Edmonds may well have good grounds to bring a contractual claim for loss of reputation. While establishing a breach in the face of egregious fraud might not be a great hurdle, proving actual financial loss may be a bigger obstacle to a successful claim of this type.  The difficulties with a claim of this nature may make it less likely that Lloyds will be willing to provide compensation for damage to reputation so the question is whether Noel wants to take the risk of litigation against one of the UK’s largest financial institutions.