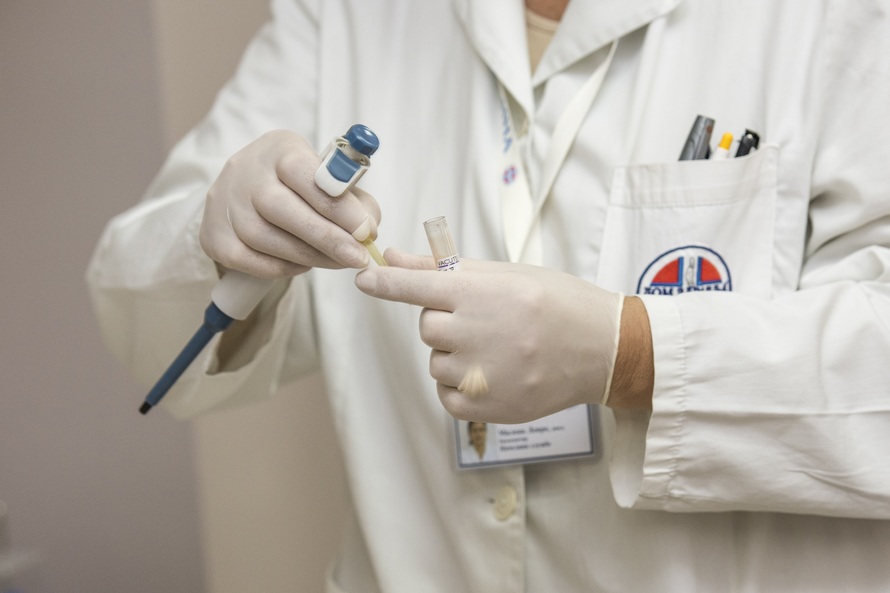 Medical negligence and product liability often come hand in hand, and in the case of vaccine injuries, complex disputes require the services of experienced and skilled lawyers. To this end Lawyer Monthly speaks to Anne Carrión Toale, Partner at Maglio Christopher & Toale, a civil litigation firm in the US, who discusses the firm’s thought leadership in this area, and touches on the ins and outs of vaccine injury claims and how they can be dealt with.

How are vaccine injury disputes resolved in the US?

During the Reagan era, Congress created a little-known Vaccine Court with the enactment of the National Childhood Vaccine Injury Act (the Act). This legislation created a no-fault vaccine injury compensation scheme which covers adults and children who have suffered adverse vaccine reactions. Many developed nations have similar programs. In the US, the Act was spurred by a rash of products liability litigation in the eighties involving the DTP vaccine, which threatened our nation’s vaccine supply and immunization rates. Under the Act, vaccine manufacturers and medical providers became exempt from liability for vaccine reactions.

Unlike most tort reform, which benefits corporations at the expense of injured consumers, the Act offered a significant advantage to the injured. Those who have suffered a vaccine injury are relieved of proving “fault” under the Act, which would typically not be possible, and instead only need prove the vaccine actually caused the harm. Vaccine reactions are generally not due to the negligence of the manufacturer, with some exceptions. Instead, genetic and environmental factors likely contribute to most vaccine reactions which are largely idiosyncratic and unavoidable. Awards are paid from a trust fund, which currently exceeds $3 billion, created by an excise tax on vaccines.

Since you became involved with vaccine litigation how have you seen the number of vaccine claims evolve?

Because so many doses of the influenza vaccination are given, I have represented numerous victims of Guillain-Barré Syndrome which is associated with receipt of the influenza vaccine. In the syndrome, the body’s immune system attacks part of the nervous system and is characterized by muscle weakness and paralysis, which can be permanent.

The addition of the influenza vaccination also significantly impacted the demographics of vaccine injured claimants. Many more adults than children are now receiving compensation under the Act, which was originally intended primarily to benefit children.

There is a lot of speculation that vaccines may cause autism, has the Vaccine Court addressed these claims?

The Vaccine Court gained national attention in the late 2000s, when an omnibus proceeding involving more than 5000 autism claims was held. In 2009-2010, six tests cases were tried alleging that autism was caused by the MMR vaccine and/or thimerosal in vaccines (a preservative containing mercury). All six test cases were ultimately unsuccessful. A similar proceeding took place in the UK.

With regard to vaccine injuries, what have been your milestone cases with the firm and what were the challenges therein?

The largest settlement I have recovered for a vaccine-inured person to date resulted in a $61 million payout over the lifetime of a catastrophically injured child who received 5 vaccines (for 7 diseases) at her 2 month-old well baby visit. Within twenty-four hours she developed a fever and seizures, suffered cardiac arrest, multi-organ dysfunction and developed severe brain damage. The money recovered will help pay for her medical care, attendant care, home modifications, and residential care once her parents can no longer care for her at home with attendants.

I have also represented a number of severely injured adults whose damages can run in the tens of millions, if they are no longer able to work and need lifetime care. What makes the high value cases challenging is ensuring that any negotiated settlement will include sufficient funds to cover the injured person’s care throughout their lifetime when their future prognosis is sometimes uncertain. Although Congress intended the vaccine injured to receive awards generously and quickly under the Act, in practice the claims are defended quite vigorously by the Department of Justice on behalf of the Secretary of Health and Human Services.

Have there been any significant legislative developments that have changed the way vaccine injuries are dealt with over the last decade?

Unfortunately, no. Several critical changes are needed to the Vaccine Act which can only come about through legislative action. From a procedural standpoint, an increase in the number of special masters available to hear vaccine cases is desperately needed. Under current law, only eight special masters decide vaccine injury claims for the entire nation. This shortage of decision makers has caused significant delays in the processing of claims, although the Court is doing all it can with available resources.

Other needed changes are an updating of the $250,000 pain and suffering cap and $250,000 death benefit, neither of which has been raised since 1986, to reflect current dollars. The time limitation to file claims should also be increased. For many people, it is too late to file a claim once they realize a vaccine caused their injury. Part of the problem is the Vaccine Act has not been adequately publicized, and many parents, the general public, attorneys, and health care professionals are not aware it exists.

Coverage for the Shingles vaccine and certain Pneumococcal vaccines which are not currently covered by the Act, is also needed. These are not recommended vaccines for children, thus they are excluded from coverage. However, this leaves many of our elderly with vaccine injuries for which they have no recourse. It may also be that the Zika vaccines in development will not be covered by the Act, but they should be.

As a thought leader, how are you currently working towards this goal?

Through our bar association of attorneys who represent vaccine claimants, we have retained lobbyists and had meetings with congressional staffers and court personnel to discuss these needed changes. Because the topic of vaccine injuries is so controversial for so many reasons unrelated to the Act, such as mandatory vaccination and outbreaks related to vaccine refusals, it is difficult to get buy-in from legislators to address Vaccine Act amendments.

What are the most common issues that arise in vaccine injury cases, and are the solutions complex?

Complex medical causation issues require medical experts from the fields of immunology, neurology, rheumatology and epidemiology in cases that go to trial. Invariably, a significant body of peer-reviewed medical literature is analyzed by these experts. The special master must then decide the case, keeping in mind that science and law have two very different concepts of “evidence” and “proof.”

What is the range of solutions or actions available to claimants in vaccine injury cases?

Vaccine injury awards can range from $10,000 to tens of millions of dollars, depending on the nature and severity of the injury. Most vaccine claims are resolved by informal settlement. Some cases are referred for mediation and other cases are tried before a special master with expert witnesses testifying as to the causality issue. There is an opt-out provision which theoretically allows a dissatisfied claimant to seek legal redress in the traditional court system, instead of Vaccine Court, but it is used infrequently.

Being a thought leader, you also write a monthly vaccine injury newsletter and vaccine injury blog; what is the scope of these and how do they help you push the boundaries of this legal segment?

My intention in publishing this newsletter is to educate the vaccine bar and elevate the quality of legal representation provided to the vaccine injured by newcomers to the field because this is a quickly growing niche practice area. In the newsletter, I analyze cutting-edge legal precedents and encourage best practices among all attorneys in my practice area.

Although every case is a sad story, and it is terribly difficult meeting with parents who have lost a child or an adult who has had life as they knew it changed forever, helping vaccine-injured people obtain compensation from the fund is challenging but very rewarding and interesting work.

What Developments Are Coming to Life Sciences?