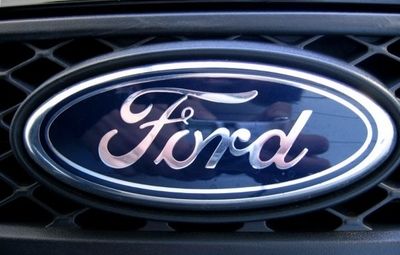 Ford recently announced its intent to have a high-volume, fully autonomous SAE level 4-capable vehicle in commercial operation in 2021 in a ridehailing or ride-sharing service. To achieve this, the company has acquired the Israel-based computer vision and machine learning company, SAIPS, to further strengthen its expertise in artificial intelligence and enhance computer vision.

SAIPS has developed algorithmic solutions in image and video processing, deep learning, signal processing and classification. This expertise will help Ford autonomous vehicles learn and adapt to the surroundings of their environment.

Ford is also investing in or collaborating with three other startups to enhance its autonomous vehicle development, doubling its Silicon Valley team and more than doubling its Palo Alto campus. The other three firms are Velodyne, Nirenberg Neuroscience LLC, and Civil Maps.

In the sale of the company, SAIPS was advised by Gil Mizrahi from the Israeli law firm H-F & Co.

H-F & Co. is a leading Israeli law firm that represents tech companies at all stages from entrepreneurs and start-ups to Unicorns and multi-billion dollar global technology companies and provides a full range of legal services in various legal practices including, among others, M&A, commercial and technology transactions, taxation and intellectual property. In the past year the firm provided tax advice in many M&A transactions, including the acquisition of REPLAY by Intel, Magnacom by Avago, Discretix by ARM, Skybox by Providence, BillGuard by Prosper Marketplace, asset purchase of Broadcom by MaxLinear, etc.

In the SAIPS-FORD transactions we provided tax services to SAIPIS, its shareholders, employees and consultants. These services included structuring the deal in the most efficient manner from a tax perspective, tax due diligence, drafting of the tax provisions in the share purchase agreement and obtaining withholding tax certificates and beneficial audit agreements from the Israeli Tax Authority for the shareholders of SAIPS in connection with the consideration that they received in the framework of the transaction.

SAIPS is an Israeli based company focusing on developing machine learning and computer vision, with technology that brings image and video processing algorithms, as well as deep learning tech focused on processing and classifying input signals, all key ingredients in autonomous vehicle tech. Following the acquisition, SAIPS, which will continue to operate under its current management as a wholly owned subsidiary of FORD, will help FORD develop the advanced artificial intelligence algorithms, which will be crucial to autonomous cars’ functioning.

Before its acquisition by FORD, SAIPS had received no external investments and SAIPS’ entrepreneurs were its sole investors.

The main challenge in the transaction from a tax perspective was the classification of the consideration received by one of the founders of SAIPS as capital gains even though it was contingent upon the future employment of such founder in SAIPS following the closing of the acquisition. In order to achieve this outcome, the share purchase agreement was drafted to comply with the criteria set forth in previous tax rulings that we had obtained from the Israeli Tax Authority in similar transactions.