The Chinese slowdown – The silver lining: transitioning to a new economy 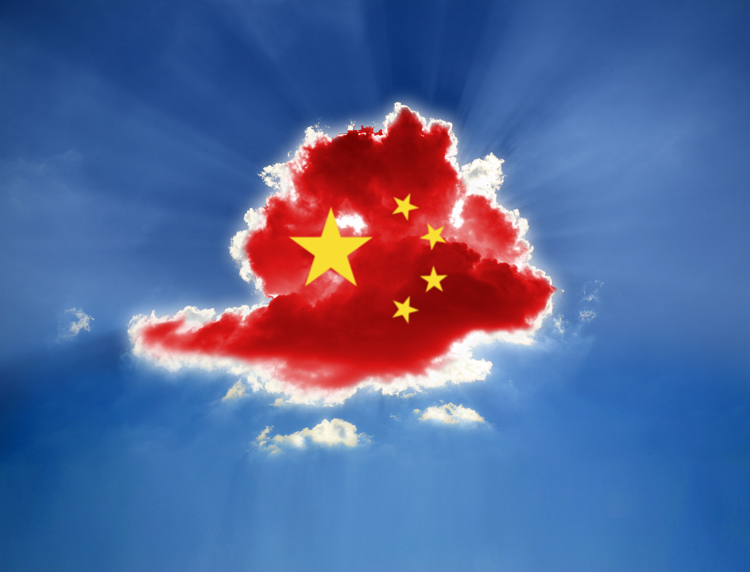 Alarmist headlines and panic warnings continue to dominate global media coverage of the economic slowdown in China. The headlines proclaim that 2015 was the worst for growth in 25 years. Words like “crisis”, “turmoil” and “disaster” have almost become synonymous with the country’s financial health.  Newspapers like The Express even say that “economists are terrified about how bad it could get”. Here we benefit from an exclusive article on this from Mike Tuffrey, co-founder of Corporate Citizenship where he advises business on strategy and sustainability. An economics graduate, he qualified as a chartered accountant and worked in the UK Parliament before founding Corporate Citizenship in 1997.

I’m an economist. But I’m not terrified. In fact, I can see a definite silver lining around the grey economic cloud hanging over China currently. With this slowdown comes a timely, significant opportunity for the superpower to set itself on a more sustainable, long-term track. By that I mean one which ultimately improves the quality of life for Chinese people, in contrast to debt-fuelled infrastructure or burgeoning foreign exchange balances.

While the vast majority of commentary has been focused on the negative financial impact of the downturn, driven by short-term thinking and the desire for quick wins, very few column inches have told the other side of the story. That story recognises that breakneck growth rates come with a downside involving – as the description suggests – breaking necks and other painful outcomes. There is an alternative.

This story starts by putting China’s growth in context, which requires coming down to earth from the hot-air hyperbole. Yes, the country’s phenomenal growth of the previous two decades has slowed, but this point was inevitable; the economy, once it had reached such a size and its working age population had peaked, as it did in 2012, growth couldn’t continue at the same pace.

Besides, China is still projected to grow at a rate of 7% (if you believe official Chinese figures, that is), which is a hugely enviable rate by Western standards. To be exact, it’s expected to hit 6.8% in 2015, a drop from 7.4% in 2014 and a slump from the average rates of 10% year on year that it enjoyed mid-boom. Whether you believe the precise figures or not, the overall picture is clear.

This less drastic growth rate gives China a chance to take stock and put in structural reforms, which will ensure a sustainable and stable future. Moreover, it will enable the country to modernise its financial system and move away from its precarious reliance on debt-driven, export-led growth to an economy based on services and consumption, therefore lifting the standard of living and more importantly the quality of life for ordinary Chinese.

So, rather than hanker after the unrealistic, unsustainable, quick-money-making rates of the past, we – not just China, but the world – need to embrace what Chinese president Xi Jinping has dubbed “the new normal”.  Not only that, if I’d been speech writing for him, as I’ve done for politicians in the past, I would have even gone as far to say that words like “slow”, “sustainable” and “stable” are not bleak and depressing; they are, in fact, the new positive.

The slowdown gives China’s damaged environment and public health trauma, suffered as a direct result of (overly?) rapid industrialisation, a chance to heal and reset. We don’t see the dark-side of soaring growth rates in the celebratory media footage of stockbrokers jumping for joy on the trading floor but it’s real and increasingly evident.

It exists in the dangerously unhealthy air pollution that is shortening life spans. It exists in the water depletion and pollution, which are contaminating fresh water sources and contributing to shortages, cancers and premature deaths. It exists in the transformation of vast quantities of China’s over-farmed arable land turning into barren desert and leaving millions homeless.

There are other signs, too, that the Chinese are running up against the limits of growth. It’s staggering to think, for example, that while China is home to a fifth of the world’s population, it only houses 7% of global fresh water sources.  Beijing is often hailed as a “supercity”, a “mega-metropolis”, the darling of China’s soaring wealth. But it endured such a severe episode of smog in 2013 that residents coined the word “airpocalypse” because it was 40 times over the safety limit set by the World Health Organisation (WHO).

The Chinese government has already started to embrace a big switch to a more viable future, where growth contributes to prosperity but with less damage and more benefit for ordinary citizens.

They have signed up to global reduction targets for carbon emissions, and are starting to close coal power stations which provide the majority of electricity. Solar is expected to be reach cost parity with coal by the end of 2016, driving a big change-over.

Moves are afoot to halt deforestation, increase agricultural output without increasing the amount of land or water used, and tackle overuse of chemical pesticides and fertilisers.

The new five year economic plan, decided at the Communist Party’s fifth plenum meeting last October, confirmed the move to rebalance the economy away from heavy industry towards services. The strong emphasis on innovation, integrating the Internet and even promoting the ‘sharing economy’ surprised observers.

Unlike Western countries, China’s sustainability crisis is not linked to mass consumption by private citizens, and this makes it easier for a centrally planned economy to make the switch to a more viable path.

Granted, the stockbrokers may no longer be jumping for joy at the change in China’s financial fortunes. The bright-side for many Chinese citizens, however, is that the country can now start to address these crucial, life-threatening issues such as water scarcity, pollution and desertification. Without the relentless pressure of economic growth, China can focus on continuing its industrialisation in a sustainable way, which supports its people and enhances lives by providing them with the basics of food and drinkable water.

But what about the rest of the world, watching on in trepidation, listening to tales of disaster touted by a headline-hungry media? The answer is not to get sucked into this hype. Rather the big question that Western companies trading with China need to ask themselves is: if even the Chinese are paying attention to a more sustainable growth model, surely we need to, too?

The advice we give our clients is to learn from others: think through what the pathway is for your business if you are to succeed in a world of nine billion people by the mid-century, all of whom need to live well and within the planet’s finite resources. For sure, you will be much more efficient, use fewer resources and less energy, and thereby create more value for your customers. You could do worse than learn from the Chinese transition that’s now taking shape, albeit away from the headlines.