Platina Partners’ Acquisition of a Majority Stake in the Boerenbed Group

Seeds of Law advised the Dutch group Boerenbed on its sale of a majority stake to Platina Partners. Bird & Bird advised the buyer. 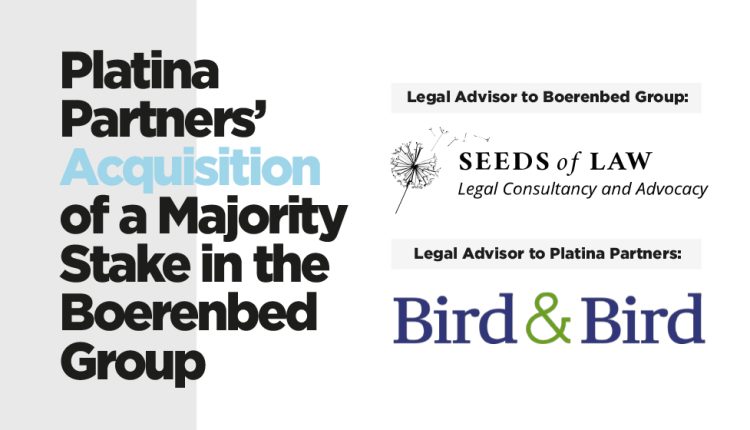 Boerenbed is a European leader of farm camping, or ‘glamping’, with brands under its umbrella including Boerenbed in The Netherlands, Un Lit au Pré in France and Featherdown in the UK.

Leo Peeters acted as lead partner for the transaction, acting on behalf of the majority shareholder in the Boerenbed Group (Holiday Home Investments BV)  – which held the business and operations of the company’s variously named operations throughout Europe – and assisting them in disposing of a substantial part of its shares to Platina, including the negotiation of shareholders’ agreements and management services agreements.

With the counsel of the purchaser, the Seeds of Law team negotiated and drafted the complete set of documentation until the completion of the transaction. Specialist knowledge regarding the leisure business was also utilised.