In a world where celebrity relationships seem more volatile than ever, one high-profile divorce has everyone talking. 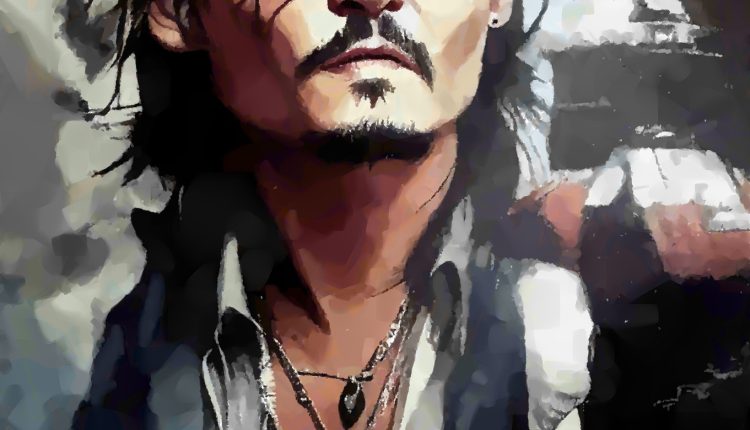 In early 2016, actor Johnny Depp and actress Amber Heard filed for divorce after 15 months of marriage. The case has since made headlines as the two have been battling it out in court.

While all the gossip may entertain the public, there are some essential things to learn from this messy situation. Here are some key takeaways from the Depp vs. Heard court case.

The case received significant public attention because both parties were celebrities. The lawsuit also generated a lot of discussion about the prevalence of domestic violence in relationships and the challenges involved in prosecuting such cases. As a result, the issue raised awareness that domestic violence can happen to anyone, regardless of social status or wealth.

The case resulted in a restraining order against Depp, who was ordered to pay $7 million to Heard. Did Depp pay the amount?

Interestingly, the answer is not clear. According to Heard’s lawyers, Depp paid the whole amount shortly after the divorce was finalized. However, Depp’s lawyers have said that he only paid $6 million, with the remaining $1 million in escrow pending the outcome of a defamation case that Heard filed against him (which she later dropped). So who is telling the truth?

It is impossible to know for sure. What we do know is that the $7 million payment was never made public, so it is likely that Depp did not pay the total amount. It is another aspect of the Hollywood stars’ messy and contentious divorce.

The Depp-Heard case was a high-profile domestic violence case that captured international attention. Amber Heard accused her then-husband, actor Johnny Depp, of abusing her during their marriage. Depp denied the allegations, but a judge ultimately found that Heard was a victim of domestic violence and granted her a restraining order.

The case sparked a global conversation about domestic violence and its prevalence in society. It also highlighted the importance of breaking the silence around the issue. Victims of domestic violence have been afraid to speak out for too long, fearing that they will not be heard correctly or face retaliation from their abusers.

Did you know that domestic violence ranks as the most common form of abuse in women? According to World Health Organization (WHO), about 1 in 3 (30%) of women worldwide have experienced some type of physical or intimate abuse from their partner or non-partner in their lifetime.

While women are not the only victims of domestic abuse (children are typical sufferers, too), the Depp-Heard case showed that society is finally starting to listen to their stories and take their experiences seriously. It is a big step up in the fight against domestic violence.

Despite Heard’s testimony and extensive documentation of the abuse, the judge in the case denied her request for a permanent restraining order. The Depp-Heard case highlights the many ways the legal system fails to protect victims of domestic violence.

For example, abusers can often use their financial resources to hire expensive lawyers who can delay or drag out proceedings. Victim blaming is still prevalent in many legal systems, making it difficult for victims to get a fair hearing.

The Depp Heard case serves as a reminder that there is still much work to be done to ensure that the legal system effectively protects victims of domestic violence.

After the dust has settled on the Depp-Heard case, there has been a renewed focus on domestic violence and the support available for victims. Unfortunately, many victims of domestic violence still face significant barriers to seeking help. It is partly because abuse often occurs behind closed doors, making it difficult for outsiders to intervene. Also, victims may be reluctant to come forward due to fears of retribution or being unsure whether someone will believe them.

Nevertheless, the Depp-Heard case has demonstrated that victims can speak out and receive society’s support. Moving forward, we should work to break down the barriers that prevent victims from stepping forward and getting the help they need.

DV Excuses No One

The Depp-Heard case is a prime example of how domestic violence can happen to anyone, regardless of social status or wealth. The Hollywood couple shared what many would consider a perfect life—they were both successful, attractive, and seemingly happy. However, behind closed doors, Johnny Depp was allegedly abusive toward his wife, Amber Heard.

The case ultimately resulted in a divorce, and it brought the issue of domestic violence into the public eye. It showed that domestic violence doesn’t discriminate—it can happen to anyone, regardless of their circumstances.

If you are facing domestic violence, please know that you are not alone and help is available. You deserve a fearless and violence-free life.

Domestic violence can occur to people of all ages, races, and socioeconomic backgrounds. It can take many forms, including physical, emotional, sexual, financial, and verbal abuse. Domestic violence is often shrouded in silence, making it challenging to identify and address.

But it is important to remember that domestic violence is never the victim’s fault. If you or someone is experiencing domestic violence, many resources are available. With the proper support, it is possible to break the cycle of violence and build a safe and healthy future.

What to Do if You’ve Experienced DV

Domestic violence can have a profound impact on its victims. If you are a victim of domestic violence, remember that it’s not a death sentence. There are various things you can work on to help you break the cycle of abuse and rebuild your life:

If you are in immediate danger, get to a safe place away from your abuser. It may mean leaving your home and staying with a friend or family member or going to a domestic violence shelter.

Should you find yourself defenseless, call the cops right away. The police can help assess the situation and provide you with protection if necessary.

If you have been harmed, seek medical help right away. Even if you do not have visible injuries, it is vital to get checked out by a doctor, as internal injuries may not be immediately apparent.

Victims should never hesitate to reach out for help. Many people care and want to see others safe and sound.

How to Identify if You Are a DV Victim

Domestic violence is when one partner tries to control or dominate the other through fear and intimidation. It can be physical, emotional, financial, sexual, or psychological abuse. If you find yourself experiencing these abuses, it is important to get help.

Some common signs may indicate you are a victim of domestic violence, including:

Many resources ready to assist are available for victims of domestic abuse, so you don’t have to suffer in silence. Need help getting a restraining order or planning to sue your perpetrator? Without question, Lawyer Monthly can help you. Contact us today and start saving yourself from a life of turmoil and mystery.

While violence can adversely affect the victims’ physical, psychological, spiritual, and reproductive health, a large chunk of the ordeal is preventable and survivable. No hope is lost after you’ve pulled through an abusive relationship. You can always start anew; repair your life and old relationships via counseling. Two key words: Rebuild yourself.

Part of your rehabilitation is regaining financial confidence. You may feel stagnant initially, but many recovered victims reclaim their lives, properties, relationships, and career after the hard blow. Building a business is a great way to keep busy while earning your way back to financial independence.

If you are a recovered victim of violence trying to start life from scratch and need business-building advice, reach out to doola today and kickstart your new journey! Doola makes starting your business as easy as 1-2-3 by providing all the services you need and getting everything done so you can focus on running your business and its day-to-day operations.

Most RecentOpinion & Analysis
By Lawyer Monthly On Oct 14, 2022 0
0
Share FacebookTwitterGoogle+EmailPinterestLinkedinTumblr