The Adoption of ADR in Ghana

Throughout the world, there is a visible shift in the legal sector as organisations and individuals opt to resolve disputes through mediation, arbitration and other means rather than through litigation. The same is true in Ghana, where the growing popularity of alternative dispute resolution is rubbing up against a generally conservative legal ecosystem. 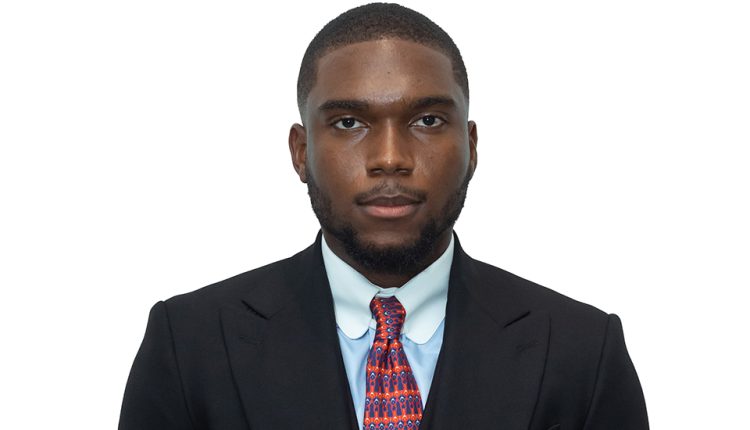 Accredited arbitrator Beyeeman Akyea divulges more on the current ADR climate of Ghana in this feature.

In brief, could you please summarise the systems of ADR available in Ghana and the processes involved?

Historically, ADR in Ghana first existed in the form of customary arbitration. During Ghana’s pre-colonial era and prior to the recent emergence of formal alternative dispute resolution mechanisms, customary arbitration was administered by the prominent natives of a clan in ‘colonial courts’ or via the extended family system.

Today, customary arbitration continues to involve the resolution of disputes according to the specific and unique cultural norms, practices, and values of each tribe; it is a well-established relic of ADR that is recognised by law and the Ghanaian legal community.

During arbitration, parties to a dispute may submit their case to a neutral third party whose role is to evaluate the arguments of each party and render a decision based on the substantive merits of the case. The neutral third party shall then issue a final decision which becomes an award that is binding on the parties. A Ghanaian High Court may enforce the arbitral tribunal’s decision through enforcement proceedings initiated by a successful party.

On the other hand, mediation, which is also known as assisted negotiation, involves parties employing the services of a neutral third party to act as a facilitator who assists the parties in resolving their common dispute. Parties can enter into a mediated agreement if mediation is successful.

Today, customary arbitration continues to involve the resolution of disputes according to the specific and unique cultural norms, practices, and values of each tribe.

Regarding negotiation, parties, either on their own or through their representatives, may convene and attempt to resolve their issues without the involvement of a third party. This is undertaken by exchanging offers and counteroffers with the aim of reaching a settlement through negotiation. In cases where negotiation is successful, the parties may enter into a negotiated settlement which may form the basis of a consent judgment that may then be formally adopted in a Ghanaian court if the negotiation is court-connected.

What role has the Alternative Dispute Resolution Act 2010 played in shaping the methods you have mentioned?

The Alternative Dispute Resolution Act, 2010 (Act 798) codified the practice of ADR in Ghana and serves as the foremost legislative framework that governs the various forms of ADR within the country.

Regarding arbitration, the ADR Act aligns the Ghanaian ADR practice with international standards by adopting provisions and principles contained in the UNCITRAL Model Law, such as the principles of separability, kompetenz – kompetenz and amiable compositeur.

Lastly, Act 798 shapes mediation by making provision for it to be used as a court-connected ADR process to enhance Ghana’s Judicial Service. Under the ADR Act and the Courts Act 1993 (Act 459), the court may refer a scope of matters to mediation. This helps to ingrain ADR within the fabric of dispute resolution in Ghana.

The Alternative Dispute Resolution Act, 2010 (Act 798) codified the practice of ADR in Ghana.

What other key statutes govern the practice of ADR in Ghana?

How have you witnessed the ADR landscape develop during your time as a practitioner?

I have particularly noticed the slow but gradual adoption of ADR within Ghana’s legal dispute resolution system. ADR was previously a side attraction reserved for unconventional pioneering practitioners or those approaching the sunset of their legal careers. However, the increasing case congestion within Ghana’s courtrooms has compelled the legal community to find an alternative to litigation in ADR.

For instance, to catalyse the adoption of ADR, the courts, in enforcing the Alternate Dispute Resolution Act, make considerable use of court-connected ADR, which is attached to all High Courts and some District Courts in Ghana.

Furthermore, to reduce court congestion, Order 58 of the High Court (Civil Procedure) Rules, 2004 (C.I. 47) mandates that pre-trial settlement conferences be held in commercial courts. This simultaneously affords judges more time to effectively handle cases which are not amenable to ADR.

In exercising their duties, responsibilities and legislative mandates, it is also noteworthy that governmental institutions employ various ADR processes. These institutions include the National Labour Commission, the Commission on Human Rights and Administrative Justice (CHRAJ), the Judicial Service, the Department of Social Welfare and the Legal Aid Commission.

The increasing case congestion within Ghana’s courtrooms has compelled the legal community to find an alternative to litigation in ADR.

These changes have had the snowball effect of expanding the ADR community within Ghana by encouraging young lawyers to proactively train in order to specialise in ADR and demonstrate their expertise through private practice and thought leadership. These developments are shifting the spotlight onto ADR in Ghana. Institutions such as the Ghana Arbitration Center in Accra, the Ghana ADR Hub in Kumasi and the Ghana Association of Certified Mediators and Arbitrators are at the forefront of making ADR more accessible and well-known to the general public.

Are there any legislative or cultural obstacles to its more widespread adoption?

ADR has become an integral part of Ghana’s legal and judicial system, providing flexible, confidential and more efficient conflict resolution mechanisms which serve as viable alternatives to traditional litigation. Despite this, there are still significant limitations that have stifled the growth and adoption of ADR mechanisms in Ghana.

In the first premise, under law, certain types of disputes are not amenable to ADR. According to the Matrimonial Causes Act of 1971 (Act 367), divorce proceedings can only be initiated in a Ghanaian court; therefore, a marriage cannot be formally dissolved through ADR. In addition, Act 798 stipulates that matters involving the national or public interest, the environment and the enforcement and interpretation of the 1992 Constitution of Ghana are not arbitrable or amenable to other forms of ADR.

These legislative obstacles define and limit the scope of ADR in Ghana. As regards culture, the Ghanaian legal ecosystem has maintained a conservative stance concerning dispute resolution, and thus litigation remains the default method for resolving legal issues.

Parties and their lawyers are typically reluctant to use ADR as a first–line means of resolving disputes. This is primarily fuelled by the negative stereotype that ADR, being a voluntary mechanism, is a waste of time and resources since parties may withdraw their consent at any time, as well as the fact that dissatisfied parties may not appeal final and binding awards[1]. This creates a general sense of unpredictability, and as a result, parties and their lawyers usually prefer the comparative certainty that traditional litigation offers.

What advice would you give to less experienced legal practitioners who may wish to specialise in ADR?

I would strongly encourage young and less experienced legal practitioners to view ADR not as a side attraction but as a primary and viable means of resolving disputes. ADR can provide effective and practical solutions to a client’s legal issues while simultaneously broadening a practitioner’s skill set and bringing professional satisfaction.

I recommend that legal practitioners who wish to specialise in ADR may reap its rewards by centring their practice around ADR and carving out a niche for themselves by undergoing the necessary training (such as the training offered by the Chartered Institute of Arbitrators) to hone their skills and become a market leader in ADR.

Do you have any expectations for how ADR will develop in Ghana in the coming years?

The future of ADR in Ghana appears increasingly promising. I anticipate that ADR will continue to grow as a practice area as individuals, corporations, and practitioners turn away from costly and protracted litigation toward cost-effective ADR.

On the current tangent, I expect that international arbitration will particularly take centre stage within the ADR practice. The world continues to experience globalisation, and Ghana’s positive economic outlook will attract trade and commerce from other global economies. This is bound to create commercial and other international disputes that will require the expertise of Ghanaian ADR practitioners to resolve conflicts and protect the nation’s economic interests.

Beyeeman Akyea is an associate at Zoe, Akyea & Co. and a barrister and solicitor licensed to practice in Ghana and in England and Wales. He is also a Member of the Chartered Institute of Arbitration and is on course to both become accredited by the New York State Bar and become a Fellow of the Chartered Institute of Arbitration. Beyeeman considers alternative dispute resolution to be a foundational practice area that has greatly assisted him in other areas of his expertise, such as civil litigation, construction and energy law and banking and finance law (fintech law).

Zoe, Akyea & Co is a pioneering, long-established and highly regarded corporate, commercial and dispute resolution law firm in Ghana that has maintained a national reputation for providing excellent full-service advice to its clients.