Between the United Kingdom’s formal withdrawal from the European Union on 31 January 2020 and the end of the Brexit ‘transition period’ on 31 December 2020, the UK government created a category of domestic legislation consisting of EU statutes that had been kept, unchanged, as part of UK law, as well as other laws that were influenced by or derived from them. These retained EU laws (REUL) covered employment law, environmental regulation, data protection, IP law and other areas. 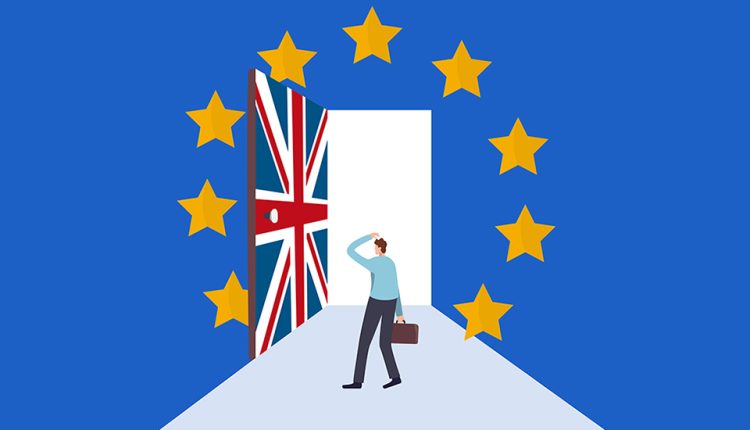 Between the United Kingdom’s formal withdrawal from the European Union on 31 January 2020 and the end of the Brexit ‘transition period’ on 31 December 2020, the UK government created a category of domestic legislation consisting of EU statutes that had been kept, unchanged, as part of UK law, as well as other laws that were influenced by or derived from them. These retained EU laws (REUL) covered employment law, environmental regulation, data protection, IP law and other areas.

The UK government published the Retained EU Law (Revocation and Reform) Bill on 22 September 2022. If enacted, REUL will lose the special status it currently enjoys and eventually become subject to revocation. Depending on the actions the government chooses to prioritise prior to this, the knock-on effects could be extensive. But how, and what would be affected?

Principles of the Bill

The intention of the Bill, per the cabinet’s statements, is to “ensure that only regulation that is fit for purpose and suited for the UK will remain on the statute book”. As such, all REUL will be revoked on 31 December 2023, or at a later date prior to 23 June 2026 if a consensus to delay is reached. Members of Parliament will need to take positive action in order to determine which elements of these statues will be codified into UK law while the remainder are ‘sunset’.

The Bill will also do away with all status protections associated with REUL, granting ministers the power to reverse the order of supremacy in law and securing domestic law as “the highest form of law on the UK statute book”. Further to this, the Bill seeks to guarantee courts greater discretion in departing from REUL case law and to recategorise all preserved REUL as ‘assimilated law’. However, rights contained in primary legislation (that is, laws passed as an Act of Parliament), such as the Equality Act, should be exempt from these effects.

Employment, Environment and Other Zones of Impact

Over 2,400 pieces of REUL are currently in force in UK law. Since its announcement of the Bill, the government has made few statements to indicate which parts of this body it intends to drop or keep should it be passed. In effect, all areas of secondary UK legislation that are defined in whole or in part by EU law are assumed to be ‘at risk’.

One of the most profoundly implicated areas is employment law. REUL laws are integral in preserving, among other rights, such as:

Also at risk are the EU-derived collective consultation requirements laid out in section 188 of the Trade Union and Labour Relations (Consolidation) Act 1992, a stipulation that trade unions are likely to fight to preserve if no move is made to preserve it spontaneously.

Additional targets include crucial environmental and rural affairs legislation, which had largely been devolved to national governments. Around 570 laws relating to habitat protection, water quality and sewage pollution could, if removed, result in a number of the country’s specially protected sites become open to development, as wildlife organisations have noted.

In effect, all areas of secondary UK legislation that are defined in whole or in part by EU law are assumed to be ‘at risk’.

Food standards, such as the required use of decontaminants on meat products and chlorine washes on chicken, also hang in the balance. Beyond the health implications of having such rules revoked, there would also be implications for exports into European markets still operating according to EU laws.

Reactions to the Bill among the legal sector have trended towards the negative. Richard Arthur, Head of Trade Union Law at Thompsons Solicitors, led the way by branding it “the biggest, and most catastrophic, demolition of workplace rights in generations”, and Scottish ministers issued an open letter to the UK government asking that the new law and its apparent abrogation of devolved powers be reconsidered.

Some analysts have expressed surprise over the Bill’s apparent transfer of legislative powers relating to retained EU law to the executive branch, and away from Parliament. As ministers will be empowered to make changes to REUL via statutory instrument (SI), which receive limited scrutiny from Parliament, such changes are unlikely to garner due challenge from MPs (only 17 SIs have been voted down in the House of Commons in the past 65 years, and none since 1979).

The possibility of certain employment-related pieces of REUL being sunset also raises issues of legality. Under the Trade and Cooperation Agreement signed by the UK and EU, both parties agreed to not to weaken their labour standards – including all fundamental workplace rights, health and safety standards, employment standards and working condition standards – below the levels that were in place in 2018. This would be contravened if any REUL measure protecting such rights were sunset without a replacement of at least equal strength and specificity.

With 2,400 REUL measures at play, there are altogether too many possible futures for this Bill to give concrete advice on how businesses ought to prepare for its effects. Either unprecedented deregulation or a return to ‘business as usual’ are both believable scenarios.

The Bill has also arrived against a backdrop of strife within the UK. September also saw the death of Queen Elizabeth II, the confirmation of Liz Truss as Prime Minister and the announcement of a ‘mini-budget’ that has prompted a dive in the value of the pound, exacerbating an already severe cost of living crisis.

With such uncertainties already looming, it is likely that the need to remain aware of shifts in employment law will prove to be an additional burden on employers – and when taken together with the government’s continued grappling with the Northern Ireland Protocol, it seems certain that investors will reconsider new commitments in the UK until some of these questions are soundly answered.

Lawyer Monthly will continue to monitor the Bill’s progress through Parliament, as well as the waves it will leave throughout the legal sphere.