The cost-of-living crisis facing the United Kingdom has come to be defined by surging energy prices. As gas and electricity bills for households and businesses soar, legal action has been launched against the country’s energy regulator while lawmakers scramble for a solution. The climate of UK politics appears to be approaching a boiling point, with effects that touch all public institutions – not least the courts. 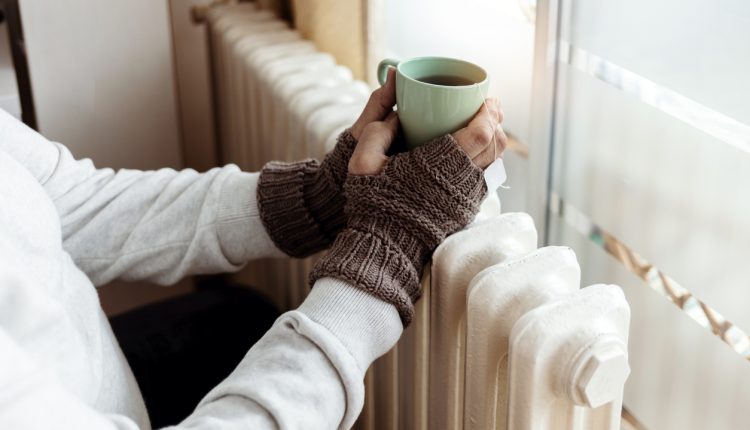 Multiple factors have converged to prompt the energy shortage and broader cost-of-living crisis. The easing of lockdown measures globally caused a surge in energy usage coinciding with worldwide inflation and a historically long winter, while many energy sources struggled to keep up with demand. Together with the ongoing Russian war in Ukraine, prompting governments to search for alternative energy sources, this has caused the price of gas to reach levels that are almost triple those seen at the beginning of the year.

Though these surging energy prices have been seen across Europe and overseas, the UK has come off worse than most, due in part to a higher-than-average dependency on gas boilers and gas-fired power stations. These deficiencies have been reflected in the so-called ‘energy price cap’. In the UK, this refers to national energy regulator Ofgem’s ability to set the maximum amount that energy suppliers are permitted to charge households per kWh of gas and electricity.

On 26 August, Ofgem announced that the annual energy price cap would rise to £3,549 beginning 1 October 2022, an increase of 80%. For those on prepayment meter – which includes many low-income households – the cap rose from £1,309 to £2,017 a year. Further increases to the cap are likely to occur on 1 January and 1 April next year, with independent energy consultancy Auxilione predicting an energy cap of £5,083 by April 2023. If this prediction becomes reality, average household energy bills in the UK will have more than quadrupled within a span of 18 months.

The easing of lockdown measures globally caused a surge in energy usage coinciding with worldwide inflation and a historically long winter, while many energy sources struggled to keep up with demand.

Of course, operating costs will also rise significantly for businesses and all manner of public utilities that do not meet the ‘household’ criteria. These costs are currently falling on private individuals, with energy producers themselves appearing less affected. Energy giant BP, for instance, posted its highest profit margin for 14 years at the beginning of August. Resultant friction as households have been faced with (in some cases) unpayable bills has contributed to a growing sense of civil unease in the country.

Climate of the Courts

Last month, Lawyer Monthly took a close look at the ongoing barristers’ strikes in the UK. Prompted by a growing case backlog in the criminal courts and a lack of adequate remuneration for lawyers working on such cases, barristers across the country engaged in a series of on-again, off-again strikes intended to draw attention to the growing strain on legal aid across the country. At the close of July, the Criminal Bar Association (CBA) had announced their intention to continue these actions until their concerns were addressed.

Far from being resolved, the strike actions have since grown more severe. The CBA voted in August to go on an indefinite, uninterrupted strike beginning 5 September, the day the UK’s new prime minister will be confirmed. 79.5% of barristers who voted supported the escalation of strike actions, with only 11.35% voting to continue existing measures and 9.11% voting for all action to cease.

In addition to strikes in the courts, a series of bus driver strikes were held throughout August over wage increases failing to meet the 11.8% true inflation rate. Rail strikes have also continued, with suggestions that workers in schools and hospitals may also engage in industrial action from September onwards. The mood of the courts and the public sector as a whole is dark, and has placed the mounting cost of living crisis (and principally the soaring price of gas and electricity) as foremost among its concerns.

The Impact on Courts

Though the bulk of national attention paid to the growing energy crisis has focused on the households likely to be affected, with estimates that 50% or even more could face fuel poverty this winter, businesses will also face a steep price for their continued activity. Schools, hospitals and care homes are among those that will be placed under pressure by heightened bills.

Courts, too, will continue to be affected by any sharp increase in energy costs. According to the Ministry of Justice, heating and electricity costs for both the magistrates’ and Crown courts have risen from £12.1 million from 2017-18 to £18.6 million in 2021-22. Although the courts’ energy consumption has decreased from around 262 million kWh to around 250 million kWh during this time, its future bills are likely to be multiplied nonetheless.

The CBA voted in August to go on an indefinite, uninterrupted strike beginning 5 September, the day the UK’s new prime minister will be confirmed.

Opposition leaders have accused the government of using condemnation of striking barristers as a ‘smokescreen’ for the energy crisis having “left taxpayers footing larger and larger bills to heat and power energy-inefficient courts and left victims waiting for justice.” The government has disputed the accusation, pointing to recent years’ reduction in courts’ energy consumption and its continued investment of £215 million to improve the maintenance and energy-efficiency of court buildings.

Following its 80% price cap increase in August, Ofgem now faces a lawsuit from the Good Law Group non-profit organisation. The group accuses Ofgem of having not provided “evidence it has carried out a proper impact assessment” of its decision prior to raising the cap, which it maintains that the regulator is legally required to do. The group also claims that Ofgem must “consider appropriate mitigation measures for the most vulnerable, including a lower social tariff”.

Good Law Group director Jolyon Maugham described the legal action as the “first of its kind”, and likely not the last. Others may soon join the action, including vulnerable adults who may be disproportionately affected by the price cap increase. At the same time, the ‘Don’t Pay UK’ movement is encouraging a million Britons to stop paying energy bills when the 1 October cap increase takes effect – a move echoing the rejection of the government’s hugely unpopular poll tax in 1990, and which may lead to a wave of litigation by energy companies if a significant number of households follow through.

Countermeasures proposed to date by prime ministerial frontrunner Liz Truss, primarily focused on cutting VAT and other taxes, have been criticised by economists for failing to address the needs of low-income families. It is expected that no new measures will be implemented before the Conservative Party chooses a new prime minister in the September vote. Until then, we can only speculate as to whether or not strike action from barristers and other essential services will prompt a significant change in direction.