While litigation may be a valuable tool for addressing disputes, its cost in time and legal fees often restricts its usefulness. Azubike Okoye shares his thoughts on mediation, the benefits that organisations stand to gain by employing it, and why it might be considered a prerequisite to other forms of dispute resolution. 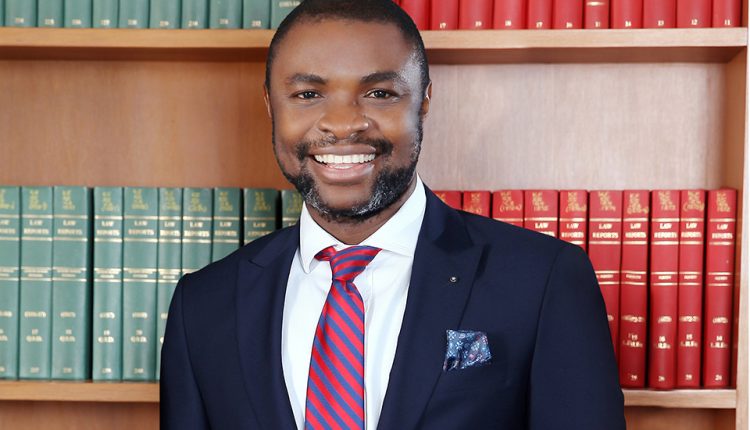 In brief, what are the typical stages of the mediation process under Nigerian law?

The general stages of the mediation procedure are typically governed by the domestic sources of law regulating mediation, such as the Lagos State Multi-Door Court Law 2007 and the accompanying Lagos State Multi-Door Court (LMDC) Practice Directions on Mediation, the Citizens Mediation Centre Law 2007, the Lagos Court of Arbitration’s (LCA) Mediation Guidelines 2011, or the parties’ walk-in process. On occasion, some state courts may have few regulations on mediation procedure, which encourages the referral of disputes before these courts to mediation and other ADR techniques.

The typical stages are as follows:

What benefits do these have to offer to organisations involved in a dispute?

The general benefit of mediation to organisations and parties is primarily hinged on the fact that it saves parties’ time and reduces huge attorney’s fees when compared with proceeding with other dispute resolution models. In most instances it preserves and occasionally enhances their business relationships. It also reduces their litigation or arbitration docket for purposes of audit.

You have recommended that mediation be treated as a prerequisite for other forms of ADR. Why is this?

The overall benefits of mediation to organisations cannot be overemphasised. It is confidential, as parties sign non-disclosure forms relating to all issues that arise during mediation. As noted above, it saves parties’ time and minimises the astronomical attorney’s costs associated with other alternative conflict resolution methods. It also enhances parties’ business relationships most of the time. I regularly see parties walk out of mediation and continue their business relationship, but I have yet to see that after litigation or arbitration.

The overall benefits of mediation to organisations cannot be overemphasised.

As a party representative who has settled a conflict via mediation in a day, I would strongly suggest that parties initially engage in the mediation process. In this case, we had spent around two years in court exchanging pleadings and other papers. Surprisingly, on the very first day the case was heard in court, the judge, in his great wisdom, ordered the parties to participate in mediation. The conflict was resolved at the conclusion of the first preliminary meeting, which resulted only on the issuance of an apology letter and a refund of a nominal court filing fees.

Likewise, I have served as a mediator to resolve a seven-year-long dispute using the parties’ walk-in method. All sides were satisfied and encouraged to explore further business opportunities.

Having acted as a mediator and a mediation representative in cases involving large organisations, how does the size of an organisation affect the way mediation is carried out?

Have you seen any significant trends or changes developing in the mediation landscape during the past decade?

Interestingly, the most important ADR legislation in Nigeria is the Arbitration and Conciliation Act, Cap. A18, LFN 2004, which applies countrywide. Arbitration and conciliation are provided for in this Act, but mediation is not particularly emphasised. Now, however, there is a law pending presidential approval that would repeal the aforementioned statute, which now expressly includes mediation. The proposed legislation is the Arbitration and Mediation Act of 2022. In addition, it aims to incorporate the Singapore convention into international settlement agreements emerging from mediation.

Can you share any other insights that you have gained into ADR during your career?

In my experience as an ADR-trained practitioner and expert, I have realised that it is more efficient and gratifying if we encourage individuals and organizations to invest more resources in preventing and managing conflicts rather than investing more money and effort in seeking to “win” them. As much as possible, disputes should be avoided rather than be allowed to occur and then settled. This realisation was due to the immense resources required and the repercussions of antagonistic relationships during and after the resolution process. You can only avoid these by recognising the potential sources of conflict and taking the necessary legal precautions to prevent them. There are a lot of seminars and conferences on methods and models to resolve disputes but there are few on conflict avoidance principles. The world would be a better place if we avoided and minimised the volume of disputes in business relationships.

How to Make Mediation Work Mediation Highlights with Marco

Consequently, our lawmakers, judiciary, attorneys, and other stakeholders should aid parties in adopting proactive measures in this respect.

Under what circumstances might it be more appropriate to forgo mediation in favor of another dispute resolution model, such as arbitration?

Not every conflict can be mediated, just as not every dispute can be arbitrated. Examples of this include disputes involving a) an accusation of a public offence; b) an illegal contract; c) tax-related disagreements. Sometimes, parties specifically insist that they do not want to proceed with mediation. You cannot coerce mediation from parties; it has to be voluntary.

Aside from the foregoing, I believe that mediation may be utilised in suitable situations.

University of Miami, School of Law

Azubike has previously worked with F.O. Akinrele & Co., a top-tier full-service dispute resolution firm led by three quintessential Senior Advocates of Nigeria (SAN) – the equivalent of Queen’s Counsel – where he rose through the ranks to be become a Senior Associate and team lead in the dispute resolution department of the firm for over a decade. During his master’s program, Azubike worked as a practicum student with an International Arbitration law firm, GST LLP in Miami, Florida.