How Has Arbitration Emerged in Saudi Arabia?

Between the 20th and 21st centuries, the Kingdom of Saudi Arabia saw considerable development in alternative dispute resolution as a means of avoiding litigation. 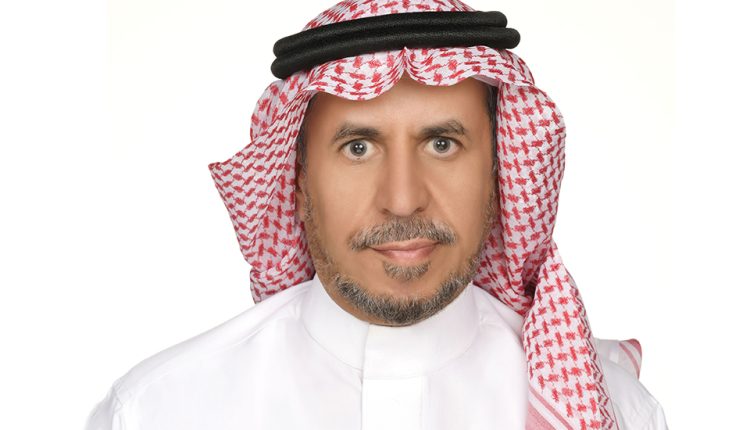 Abdulaziz Aldomaiji, independent financial consultant and Fellow of the Charted Institute of Arbitrators, shares his insights on the emergence of arbitration in this article; what is the state of Saudi Arabian arbitration today, and how did it reach this state?

Could you give us a short overview of the history of arbitration in Saudi Arabia?

We can cover the history of arbitration in the Kingdom through several points.

First: Arbitration over the dispute with Britain over the Buraimi Oasis

In the late 1940s, a diplomatic and legal conflict took place between the Kingdom and Britain over the Buraimi oases. The ownership of the oases was claimed by Saudi Arabia, the Emirate of Abu Dhabi and the Sultanate of Muscat, which were under British protection, and the dispute intensified when the search for oil began in the Arabian Peninsula. In July 1954, delegates from Britain and the Kingdom of Saudi Arabia signed an agreement in Nice to refer the dispute to an arbitral tribunal that began its work in Geneva in early 1955. In September 1955, the British representative in the arbitral tribunal resigned, realising that the tribunal’s decision would not be in Britain’s favor, and thus the process of the arbitral stopped completely.

Second: Arbitration with Aramco, whose name at the time of the case was (Standard Oil of California).

The Kingdom granted a concession agreement in April 1954 to the Greek shipping magnate Aristotle Onassis to export the oil produced in the Kingdom abroad, and here a dispute arose about the exclusive right to transport Saudi oil and its derivatives and the extent to which this concession conflicted with the concession granted to Standard Oil of California regarding oil exploration on the eastern coast of the Kingdom, As a result, an international arbitral tribunal was formed to consider the dispute. The arbitral tribunal’s ruling was in favor of Standard Oil of California, and the Kingdom’s government accepted and implemented this ruling.

Third: As a result of the repercussions of the famous Aramco case, the various means of settling disputes (other than the judiciary) went through a long stalemate that continued for several decades, starting with the issuance of Council of Ministers Resolution No. (58) dated 06/10/1963, which prevents government agencies from resorting to arbitration without the approval of the Council of Ministers. This led to the lack of clear arbitration practices in the Kingdom.

As a result of the repercussions of the famous Aramco case, the various means of settling disputes (other than the judiciary) went through a long stalemate that continued for several decades

Fourth: The stalemate in arbitration operations continued until 1982, the year that witnessed the issuance of the first arbitration law, which was followed by the issuance of its executive regulations in 1984. The means of settling various disputes other than the judiciary then entered a lull period that continued until 2012, when the Kingdom witnessed another qualitative leap in the field of arbitration. It was the issuance of a new and advanced law with which the previous system was abolished, and this law is derived in its entirety from the model arbitration system (the UNCITRAL law), but with some changes in specific articles to make the law compatible with the legal rules as a general law in the Kingdom.

Fifth: It is worth mentioning that, in 1994, the Kingdom ratified the New York Treaty on the Recognition and Enforcement of Foreign Arbitral Awards issued in 1958.

In short, what are the main regulations and legislation that determine how arbitration is conducted in the Kingdom?

Since the issuance of the new arbitration law in the Kingdom in 2012, the government’s efforts have accelerated with regard to moving towards alternatives to settling various disputes other than the judiciary, including arbitration. Among those laws and procedures are the following:

In 1994, the Kingdom ratified the New York Treaty on the Recognition and Enforcement of Foreign Arbitral Awards issued in 1958.

What risks do organisations bear when they agree to arbitration?

There are several risks surrounding the process that must be taken into account when agreeing to arbitration, including:

Are there circumstances in the construction industry where other forms of dispute resolution, or even litigation, might be better than arbitration?

Further, for contracts related to the construction industry – like any other contracts – mediation and conciliation are considered the most appropriate method for resolving disputes where a personal relationship between parties had a role in the emergence of the contract between them, as is the case in disputes between two parties to a contract that have a kinship or marriage relationship. Such a relationship should be maintained as much as possible, and alternatives to conflict resolution that lead to a rupture in this relationship should be avoided.

It is also appropriate for the parties to the dispute to resort to alternatives to litigation and arbitration, especially when the dispute is about minor matters in implementation and not of a fundamental dimension.

There are many arbitration centres scattered around the world today, and they have procedures to enable reconciliation before taking any legal action.

Please tell us about your journey into law.

My journey in law began when I obtained a bachelor’s degree in Sharia Sciences from the College of Sharia in 1980. After that, I obtained a higher diploma in Financial Control from the Institute of Public Administration in Riyadh in 1982. Through this diploma, I became familiar with a number of regulations and legislation that regulated the process of controlling public money. After that, I worked in the financial control department at the Ministry of Finance for 23 years. During this period, I had the opportunity to study a large number of regulations that regulate the work of the government in general and its financial aspects in particular. I also had the opportunity to participate in the study of several issues submitted by companies contracted with the government to implement a number of projects.

During my work at Saudi Post from 2005 to 2020, and by virtue of my direct supervision over the financial affairs sector, I worked with the legal department in preparing several defence memoranda submitted to the board of grievances in response to cases filed by a number of contractors who had contracts with Saudi Post. In February 2022, I became a certified Fellow of the Charted Institute of Arbitrators in the United Kingdom.

What do you consider your greatest professional achievement to date?

During my career in Saudi Post, many tangible achievements were accomplished:

What is Arbitration’s Relevance to the Tech Sector? How Does Dispute Resolution Work in Austria?

Can you share anything about your plans for the rest of the year?

Currently, I work as an independent financial advisor, and the plan is to transform my work into institutional work by establishing a financial advisory office specialising in providing financial advice and mediation in resolving commercial disputes.

To gain the context necessary for this interview, refer to:

Abdulaziz Aldomaiji is an independent financial consultant who is registered with the Ministry of Justice as a certified arbitrator in financial disputes. He is also is certified in the areas of arbitration and claims for local and international construction contracts, drafting of company and commercial agency contracts, and commercial arbitration. His past achievements include the procedural transformation of accounting records at Saudi Post, where he became Vice President of Financial Affairs.