How Toxic Workplace Culture Is Impacting The UK Legal Sector 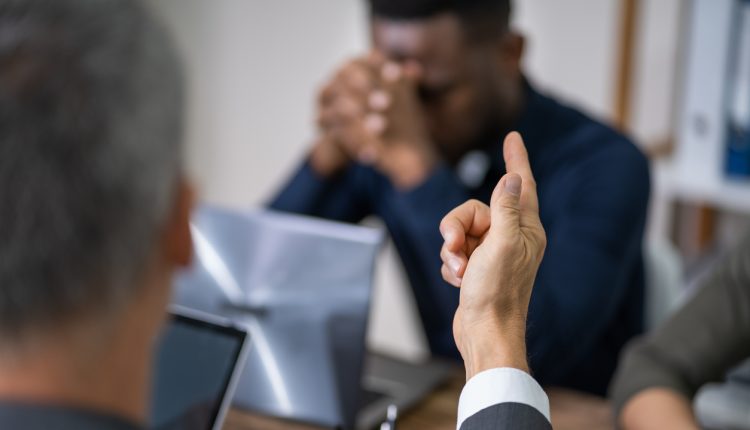 It’s widely known that organisations that put a positive employee experience at the heart of their operations thrive. The evidence has been consistently clear for a long time now; a happy and supported workforce is a productive and profitable one.

However, our research reveals almost two in five people working in the legal sector have experienced bullying, harassment or discrimination in the workplace, with more than half saying a problematic culture has impacted their mental health. This is a huge number which can’t, and shouldn’t be ignored.

Problematic workplace cultures can have a long-lasting, damaging effect on the employees directly experiencing the behaviour, as well as those witnessing it and the wider organisation.

In fact, environments where bullying and harassment thrive often experience high levels of attrition, resulting in organisations with a deep-rooted negative culture losing great talent. This sentiment can often filter through to external stakeholders, ultimately impacting the organisation’s reputation.

From employer brand and attracting new talent to investor appeal, having a reputation for toxic workplace culture can have a detrimental impact on an organisation, but what does this mean for organisations in the legal sector?

Impact of negative workplace culture on recruitment in the legal sector

As the ‘great resignation’ continues to impact organisations nationwide, combined with skills shortages which are affecting organisations across the board, including those in the legal sector, there has never been more pressure on leaders across the industry to truly understand what is important to their people.

However, it’s not just their people they need to understand. They also need to recognise what is important to potential new recruits, both now and in the future – especially given the current recruitment landscape is very much an employee’s market.

Historically, it has been relatively easy for organisations to brush scandals and reports of problematic behaviour under the rug. However, this is no longer the case thanks to the growing power of social media and employees feeling more empowered to share their experiences online.

From work-life balance to trusting their employers and colleagues, the last few years have taught employees what is truly important to them, so many are doing in-depth research before choosing where to work. In fact, almost three-quarters of those in the legal industry wouldn’t accept a job with a company known for having a toxic workplace culture. However, it’s not just the employer brand that can be tarnished by toxic workplace culture.

Having a reputation for toxic workplace culture doesn’t just impact recruitment opportunities and employer brand, it also has a direct impact on an organisation’s bottom line from both a consumer and investor point of view. In fact, our research reveals two in three (62%) say they wouldn’t buy a product or service from a company with a reputation for treating employees poorly and it’s a similar story for investors.

For this reason, the true impact toxic workplace culture has on an organisation really shouldn’t be underestimated. Our research shows there are widespread reputational repercussions of being known for having a workplace with problematic behaviour, but what can leaders in the UK’s legal sector do to tackle the problem?

From widening skills shortages, due to the ‘great resignation’ and challenges attracting/retaining talent, to declining revenues, the repercussions leaders in the legal sector could face for not taking their culture seriously are endless.

The only way organisations can reduce their risk of being impacted is by putting an end to problematic behaviour in the workplace and putting culture at the top of their agenda.

There will never be a one size fits all approach for all organisations to adhere to, however, there are steps that all leaders can put in place to ensure they’re protecting their culture.

About the author: Gemma McCall is the CEO and co-founder of Culture Shift.

About Culture Shift: Culture Shift is an impact software business that exists to lead a positive change in organisational culture. Its proprietary online reporting platform gives organisations the insight they need to monitor and prevent bullying and harassment in educational institutions and workplaces. The software allows users to report any incident safely and anonymously and access further support – enabling organisations to take a proactive and preventative approach to protect their culture. Already working with over 80 of the UK’s biggest universities, as well as a number of corporate businesses and public sector organisations, Culture Shift has a proven track record of activating change for the better and eliminating the stigma around reporting any form of harassment.

About the research: To access the full ‘reputational repercussions of problematic behaviour’ report and explore the steps you can take to put an end to problematic, visit:  https://info.culture-shift.co.uk/reputation-report