Covering the health insurance needs of one in five Americans and accounting for a fifth of the nation’s personal healthcare expenditure, Medicaid is crucial to the wellbeing of many in the US – and the elderly in particular. 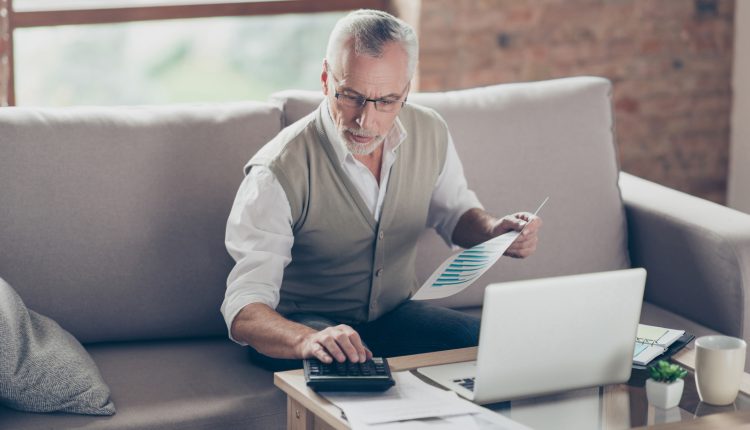 More than six in ten care home residents are covered by the health insurance program, allowing for much-needed assistance in accessing essential treatments. As such, alterations to Medicaid are necessarily a matter of elder law as well as public health.

Elderly individuals receive a range of benefits from enrollment in Medicaid, which have only grown more essential during the upheaval caused by the COVID-19 pandemic. Here, we will be providing an overview of some of the most notable nationwide changes that have come or are coming to Medicaid in 2022, and the impact they are projected to have upon senior citizens in particular.

Perhaps the most obvious effect of the COVID-19 pandemic upon elder care institutions in the US came from the death and disruption it caused in long-term and elder care facilities. The public health crisis caused an exodus of facility staff – an issue that shows no sign of abating even with similar health functions seeing a rebound.

The pandemic also brought fresh attention to the continued shortfall of home and community-based services (HCBS) for senior citizens. A majority of states reported at least one permanent closure of a Medicaid HCBS provider between February 2020 and July 2021, leading to greater recognition of the issue and the subsequent inclusion of measures to address it in the American Rescue Plan Act (ARPA) in March 2021. In addition to an increase in the federal minimum wage and other COVID-mitigating responses, the Act temporarily boosted federal matching funding for Medicaid HCBS by approximately $11.4 billion.

This matching rate increase ran between 1 April 2021 and 31 March 2022. Further progress on major HCBS support from the federal government has since stalled, with the Build Back Better Act – which proposed a permanent increase in the federal matching rate – having failed to pass the Senate. However, the Centers for Medicaid and Medicaid Services (CMS) have also issued an update to its HCBS settings “final rule”, making it clear that they will not abandon the stated 17 March 2023 deadline for compliance with its new standards for care settings and person-centric planning requirements, giving states new options for expanding HCBS and targeting services to specific populations. While this is likely to add an amount of pressure to HCBS providers, it is also likely to increase the range of programs available to individuals in senior living communities; something to watch out for as the year progresses.

The US has made some progress towards full vaccination of the populace, yet rates of vaccination have plateaued ahead of reaching at least partial vaccination of four in five US citizens. This has led to an increase in infection rates, particularly among those groups with relatively lower uptake of the vaccine – which includes Medicaid enrollees. A survey of states has shown that COVID-19 vaccination rates among Medicaid users are between 15 and 20% lower than those with commercial insurance.

A majority of states reported at least one permanent closure of a Medicaid HCBS provider between February 2020 and July 2021.

In addition to the danger that a lack of vaccination confers to an elderly population, being among those most at risk of severe health consequences or death as a result of contracting COVID-19, long-standing ethnic disparities in Medicaid coverage (with 61.1% of enrollees in 2021 identifying as Black, Hispanic, Asian American or another racial minority) has also raised concerns that slackening vaccination rates will directly impact minority communities. These risks have prompted state Medicaid programs and Medicaid MCOS to move to promote vaccination through member and provider incentives, provider engagement, member outreach and the provision of vaccination scheduling and transportation coordination services. The Biden Administration and CMS have also continued to encourage states to use ARPA funding to promote vaccination among Medicaid enrollees.

It can be expected that Medicaid agencies will continue to work with public health agencies to facilitate access to vaccines and boosters for Medicaid enrollees throughout the remainder of the year. However, it remains to be seen how far these measures will address the immunisation shortfall in the long run. With vaccines having been available for adults in the US since early 2021 and attitudes to vaccination – particularly among the elderly – seeming to have calcified during the same year, it may not be reasonably expected that a large proportion of Medicaid users will become more receptive to the offered services. Nonetheless, this will remain an area to watch throughout the remainder of 2022 as COVID-19 infection rates shift.

Lifting of the Continuous Enrollment Requirement

Under the Families First Coronavirus Response Act (FFCRA), in order to receive enhanced federal funding, states have been required to provide continuous coverage for Medicaid enrollees until the end of the month in which the US is no longer in a public health emergency (PHE). As the Biden Administration has recently extended the PHE until at least mid-July, with the potential further 90-day extensions remaining, it can only be speculated as to whether the continuous coverage mandate will remain in effect for the remainder of 2022 and into 2023. When the period ends, there will be several knock-on effects.

Asset Protection and Emergency Medicaid Qualification What Is Stark Law And What Are The Penalties For Violating It?

Continuous coverage has helped to preserve coverage for millions of people; it is projected that 22.2 million new people will have enrolled in Medicaid between the end of the 2019 and 2022 fiscal years and remained within the system, owed in large part to these provisions.  Not all of these enrollees will remain eligible when the provisions end. Whenever the PHE is concluded, a vast number will be set to lose their coverage – predicted by the Kaiser Family Foundation to range between 5.3 million and 14.2 million. There will assuredly be millions of elderly among the disenrolled, as well as other vulnerable people whose health may be put at risk. There will also be a staggering administrative task to be undertaken by Medicaid providers as millions of enrollees’ continued eligibility as assessed, likely exacerbated by churn as many whose coverage is terminated then quickly re-enroll.

CMS has taken steps to address the issue pre-emptively be requiring states to develop plans for how they will prioritise outstanding eligibility and renewal actions when the PHE is lifted. However, just over half were found to have done so as of March 2022. It remains to be seen how far states’ updated enrollment and renewal processes, extensively streamlined throughout the pandemic, will mitigate the impact of the protections coming to an end. Until then, elder law attorneys will need to remain abreast of their clients’ Medicaid eligibility and ensure that their needs are met when the time comes.

Opinion & AnalysisEditor's PicksFeatured
By Oliver Sullivan On May 31, 2022 0
0
Share FacebookTwitterGoogle+EmailPinterestLinkedinTumblr