The US Department of Justice’s 2021 lawsuit against Facebook may have long-lasting implications for American companies and immigration law. What does it mean for PERM and non-PERM recruitment practices? 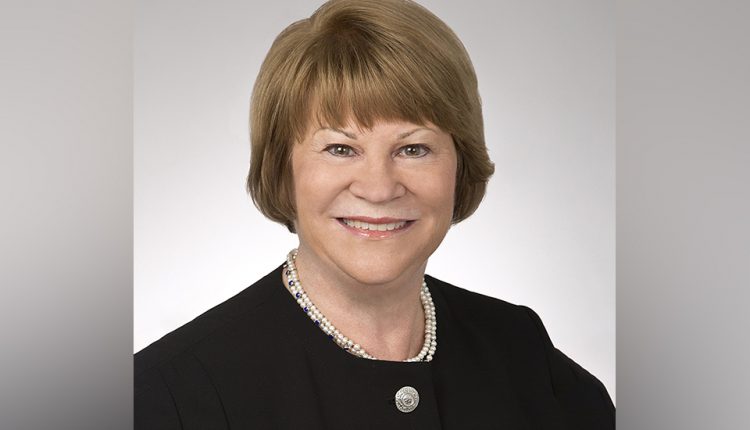 Employment and immigration compliance specialist Mary Pivec shares her thoughts on the suit with Lawyer Monthly.

In brief, please outline the background of the US v Facebook decision and the complaint it concerned.

In US v Facebook, OCAHO Case No. 2021B00007, the Immigrant and Employee Rights (IER) Section of the Civil Rights Division of the US Department of Justice sued Facebook for engaging in systemic discrimination against “US workers” in its hiring and recruiting practices related to positions it earmarked for the permanent labor certification (PERM) process between 1 January 2018 and 18 September 2019, in violation of 8 USC § 1324b (Unfair Immigration-Related Employment Practices). While Facebook’s standard recruitment practices are geared toward attracting the greatest number of qualified applicants and selecting only the most qualified among them, its practices for sponsoring temporary foreign workers for permanent employment during the covered period resulted in attracting no US workers who met even the minimum qualifications for the same classes of jobs.

Facebook moved to dismiss IER’s suit on the grounds that the US Department of Labor (DOL) held exclusive jurisdiction over the PERM adjudication process and that its alleged discriminatory practices were fully compliant with DOL PERM rules. Administrative Law Judge (ALJ) Andrea R Carroll-Tipton denied Facebook’s motion and issued an opinion holding that the IER complaint stated valid pattern and practice and disparate treatment claims sufficient to merit discovery and trial. The ALJ rejected Facebook’s contention that the PERM process was a mere “test” of the labour market and therefore permissibly different from the company’s standard recruitment and hiring procedures where the IER or private complainant alleged that US workers had been locked out of selection for PERM positions notwithstanding an employer’s facial compliance with DOL regulations.

After the IER suit was filed, the DOL served notice of intent to audit 126 of the implicated PERM cases wherein no US workers responded to Facebook’s recruitment efforts. Rather than continue litigating the IER case with no certainty as to the ultimate result or cost, the company elected to negotiate settlement agreements with both the IER and DOL containing non-admission clauses. Under these agreements Facebook agreed to change its PERM practices to conform to its standard hiring procedures, train all personnel involved in the PERM process, submit to IER and DOL monitoring over a two-year period and pay $14.1 million in civil money penalties and compensatory damages to injured US workers. Under Facebook’s separate settlement agreement with the DOL, Facebook agreed to suspend all new PERM filings for 36 months – or until October 2024.

What is this case’s relevance to PERM applications, and why has this given rise to concerns of liability for systemic citizenship status discrimination by employers seeking to sponsor foreign professionals for green cards?

The ALJ’s decision denying Facebook’s dismissal motion has upended the bar’s assumptions regarding the legality of standard recruitment and selection practices used in PERM cases and exposed attorneys to potential malpractice claims should such practices cause clients to suffer an award of civil money penalties and compensatory damages for unlawful citizenship status discrimination. Practitioners fear that abandoning standard PERM practices as Facebook has agreed to do will lead to a significant decrease in the number of PERM approvals – preventing foreign workers from advancing with green card sponsorship.

The American Immigration Lawyers Association (AILA), the specialty bar for immigration practitioners, has advised its members to notify their employer clients of the risks associated with continuing separate and distinct recruitment and selection practices for PERM and non-PERM cases and has recommended that attorneys conduct a careful risk assessment for each client by comparing past results involving similar jobs and requirements. Where disparate practices have resulted in a pattern of failing to identify and select minimally qualified US applicants for PERM jobs with requirements that yielded resumes and applications from US workers through the non-PERM recruitment practices, the risk of liability is likely high, particularly for clients filing large numbers of PERM applications annually. By comparison, where no pattern emerges from the comparison and the overall number of PERM filings per year is relatively small, the risk is much lower should the employer elect to continue following different PERM and regular hire recruitment and selection practices.

What other major case law in the US concerns corporate sponsorship of immigrant and nonimmigrant professionals? Does US v Facebook represent a departure from this?

Facebook is the first decision of its kind to find liability for systemic citizenship status discrimination against US workers under 8 U.S.C. 1324b resulting from recruitment and selection practices approved by the DOL for use in PERM cases. While Section 1324b requires proof of employer intent to discriminate, the Office of the Chief Administrative Hearing Officer (OCAHO), which has original and exclusive jurisdiction over Section 1324b claims, has recognised a cause of action for intentional discrimination in the “pattern or practice” proof model approved by the Supreme Court in the 1978 case of US v Teamsters in prior decisions – one of the causes of action pled by EIR in its complaint against Facebook. This proof model allows a complainant to establish proof of a presumption of intentional discrimination where a facially immigration-neutral employment practice (such as using different recruitment standards for the non-protected class, i.e. temporary foreign workers) results in a statistically significant adverse impact on a protected class, e.g. US citizens, US nationals, some lawful permanent residents, refugees and asylees.

Nevertheless, the ALJ’s denial of Facebook’s motion to dismiss the IER complaint is an agency decision that has not been subjected to judicial review. Unfortunately for employers and practitioners, IER touts it as definitive and will continue to follow it in investigating and prosecuting employers until it is overturned by a higher court.

In your opinion, how likely is this settlement to affect the landscape of corporate sponsorships and immigration law in the US going forward? In what ways?

Six months out from the date of settlement, it is difficult to assess whether the Facebook decision has had a significant impact on corporate green card sponsorships due to the lack of published statistics. Most of the largest corporate sponsors have in-house immigration teams who function independently of their corporate HR teams, particularly in management of the PERM process. It remains to be seen whether these in-house immigration teams will have the capital to convince higher management of the need to merge PERM and non-PERM recruitment and selection practices due to the difficulty of managing such a transition and producing the kind of approval statistics obtained where the processes were separately tracked and managed. Time will tell whether the DOL and IER will partner to identify employers whose PERM recruitment track record shows poor or no results in attracting US workers protected from citizenship status discrimination.

What advice would you give to companies looking to sponsor their temporary foreign workers for permanent residence in the wake of this decision?

Large and mid-size employers with a robust H-1B sponsorship program who typically file 100 or more PERM applications per year using different recruitment and selection procedures than those used for standard hiring would be wise to commission an independent legal assessment of their risk of systemic citizenship status discrimination claims. Such a study would examine the statistical differences in selection as between foreign national workers and US workers (inclusive of US citizens, permanent residents, refugees and asylees) and temporary foreign workers under PERM sponsorship. The results of such a study should guide the management of future PERM filings.

Ms Pivec has practiced employment and immigration compliance law since 1981. In 1966, she formed Pivec & Associates, PLLC to offer clients her experience as defence counsel in worksite enforcement law – with a concentration in compliance with the statutes and regulations governing the sponsorship and employment of foreign workers. She also consults and has served as an expert witness in civil and criminal cases involving immigration-related employment discrimination, H-1B, H-2B wage and hour and recordkeeping compliance, I-9 verification/E-Verify compliance, employer sanctions violations and penalties, visa fraud and labour certification.