The Journey of a Sino-Canadian Commercial Lawyer

For our April edition we speak with Hong Guo, who has led a storied career spanning both China and Canada. Drawing on her wealth of experience in commercial transactions, M&A and investment, she talks with us about the practicalities of advising on Sino-Canadian investments and what motivates her to try to build a better society through her work. 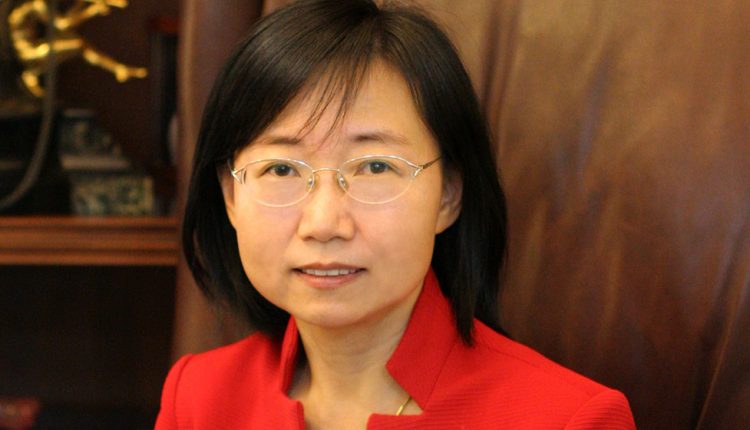 Could you please introduce yourself to our readers?

My name is Hong Guo. I am a member of the Law Society of Canada, Saskatchewan and British Columbia, and the founder of Guo Law Corporation (“GLC”) in Richmond, BC. During my career, I have had the good fortune to amass over two decades of experience in business law and, along with my team, provide a range of legal services, including corporate and commercial law, international transactions and investment, immigration law and real estate.

But life is not without its ups and downs, and good fortune does not always last. This may be especially true in a business that grew very quickly, creating opportunities for human error and the risk that comes along with needing to place trust in people who may prove to be undeserving.

On 2 April 2016, I discovered that GLC’s bookkeeper and my most trusted employee turned out to be a con artist. Orchestrating a grand theft of $7,500,000 from GLC’s trust funds, he forged cheques and fled to China while his accomplice laundered the money through a government-controlled casino before squirreling cash and casino chips off to China.

When the local police did not investigate the theft in a timely manner, I had no choice but to face the crisis head-on and, in the months that followed, flew to China countless times to catch the thieves, all the while dealing with a financial wildfire burning at home. I could have declared bankruptcy. Instead, I chose to protect the livelihood of my clients, personally bearing huge financial losses by selling my real estate assets. I managed to cover the trust funds shortfall of all GLC’s clients so that not one person suffered any loss but myself.

Life is not without its ups and downs, and good fortune does not always last.

Tell us a little about your journey into law.

It has been quite a journey. Notwithstanding the 2016 April Fools debacle, let me tell you about happier times in the nineties and my journey as a university student arriving in Canada.

I was born in Beijing to a mother who was a medical doctor specializing in pediatrics. As the oldest in a highly educated family, I was driven to excel in my studies. So, after earning a BA with a History major at Beijing University, I ended up leaving China with a scholarship to attend the University of Regina where I completed a master’s degree in Social Studies.

Coming from a metropolis of more than 20 million people, my first thought on arriving in Regina was: “Where are all the people?” The next day, my sponsor took me for a drive around his “city”. When we stopped at a garage sale, the burly proprietor greeted me kindly in that down-home Saskatchewan manner I will never forget, asking me: “Hey there, where are you from?”

I only knew enough English at the time to tell him that I just arrived from Beijing the day before and, recognising the puzzled look he gave me, quickly added, “China”. During this exchange the garage owner also noticed I had my eyes fixed on an old bicycle tucked away in the corner of the garage and asked: “So you like that bicycle?”. When I responded with an enthusiastic “Yes”, he said; “Well then, it’s yours – welcome to Canada.”

Coming from a metropolis of more than 20 million people, my first thought on arriving in Regina was: “Where are all the people?”

What initially attracted you to corporate law?

After completing my master’s in Sociology, I received a scholarship from the University of Pennsylvania to seek a Sociology PhD. However, my professors convinced me otherwise. Given my Chinese background, English language skills and contacts at home, combined with rapidly increasing Sino-Canadian investment and trade, they suggested it would be more helpful for my career development to stay in Canada and study law. I am glad I followed their advice.

After graduating with a Juris Doctor of Law from the University of Windsor, I was immediately hired by a large law firm in Regina. Regina is the Capital City of Saskatchewan, the Canadian Province which is a major exporter to China of mining products (potash), as well as food and agricultural products such as wheat.

With no practising lawyers who spoke Mandarin in Regina at that time, I soon became a treasure trove of information for my colleagues and their clients. In return, their connections throughout Saskatchewan provided me with a vast array of professional opportunities and the benefits of an entirely new business network.

As a result, I gained specialised legal expertise in corporate law, including a myriad of business and real estate transactions such as intellectual property, branding, M&A and export trade.

But despite many new friends and colleagues throughout Eastern Canada, I decided to move west. Combined with Chinese immigration opportunities facilitated by the BC Busines Immigration Program (“BCPNP”), the increasing trade between China and Canada began pulling me towards Canada’s Pacific Rim Province of British Columbia. It was time to take my career to another level in Vancouver.

Located on Canada’s west coast, I foresaw niche possibilities to build trans-Pacific links focused on the economic and cultural exchanges between Canada and China and opportunities to provide legal services which were not addressing the needs of many Chinese-Canadian clients.

With no practising lawyers who spoke Mandarin in Regina at that time, I soon became a treasure trove of information for my colleagues and their clients.

I was absolutely right about the need to develop cross-cultural understanding between Canada and China, because the moment I set up shop in the business center of the thriving South Vancouver suburb of Richmond – in the heart of one of the most concentrated Chinese diasporas in the world – clients began flocking to my modest storefront office.

What are the practicalities of Sino-Canadian Investments that you had to consider?

Canada is a Common Law nation and the legislation which governs corporate investment in Canada comes under by the Corporations Act. However, as a result of our Chinese-Canadian clients’ lack of familiarity with local business laws and culture, the sectors of investment I ended up focusing on most tended to follow the most pressing investment concerns and interests of my clients – namely their risk comfort thresholds and their desire to make safe investments which were secure.

Consequently, investments in real estate were on top the list. However, their investment desires also varied across the board: i.e. investments in commodities. And thanks to the practical experience I gained in Saskatchewan, I was able to immediately begin handling the full gamut of legal matters so that word of mouth allowed me to gain the trust of many new clients throughout the community within weeks of my arrival on the west coast. By filling these needs efficiently, the growth for GLC continued and was so explosive that, while my first “storefront” office was no more than 500 square feet, I needed to expand to a larger office of more than a twice the size within a year.

But even then, with the number of my employees growing from five to more than 20, I could not resist acquiring a spacious 10,000 square foot second floor office in a building across the street in 2013 to make room for the future growth of GLC. Located in the most prosperous business centre of ​​Richmond, with a move-in date of July 2016, GuoLaw was on its way to becoming one of the largest Chinese law firms in Canada.

What is the Legal Landscape of the Mining Industry in 2022? What Are Canada’s Immigration Issues?

Life was good until the grand theft of April 2016 changed everything. But no matter the struggle, life goes on and, as a legal professional, I remain fully committed first and foremost to supporting my community and furthering worthy causes by contributing my legal expertise and volunteering as a counsel for many local and national organisations.

Do you have a philosophy or creed that you work by?

While my philosophy is to serve, serve, serve, my creed is best summarised according to the teachings of the political activist, social critic and moral philosopher Mencius (372–289 BC), as follows:

Human nature is righteous and humane – and has an innate tendency towards goodness – pending that human nature is nurtured in a positive environment. Conversely, bad environments tend to corrupt the human will.

Hong Guo is the founder and director of Guo Law Corporation. She has gained extensive experience in working with the Sino-Canadian business community, predominantly on commercial transactions in mining, energy, IT, natural resources and real estate. Her achievements in advancing Sino-Canadian business relations were recognised in 2002 by the People’s Republic of China.

Guo Law Corporation is based in Richmond, Canada. The firm’s staff comprise both native Mandarin and native English speakers, enabling the team to communicate effectively and precisely with all of their client group. Their services focus primarily on corporate and commercial transactions, particularly M&A and investment. In its vision statement, Guo Law Corporation states that it aspires to “become the region’s most reputable Sino-Canadian focused corporate law firm”.