How Will the Invasion of Ukraine Shape Global Trade?

Beyond an end to the “post-war order” and its immense humanitarian cost, the Russian invasion of Ukraine has seen unprecedented levels of sanctions raised against the aggressor. What does this mean for Europe and for international trade agreements? 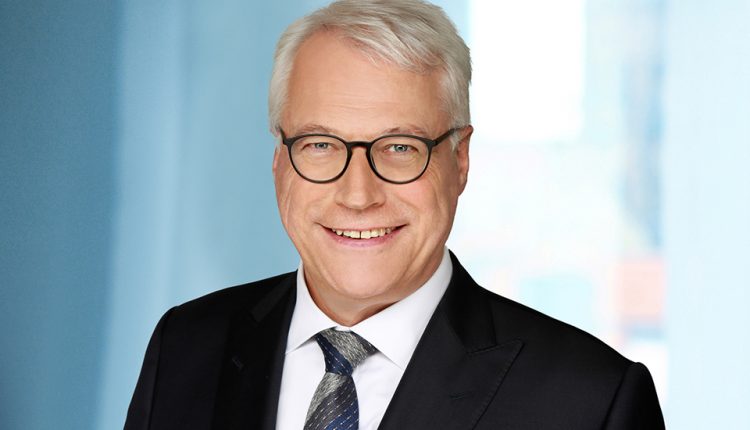 AWB founder Hans-Michael Wolffgang shares his insight in this article.

The Russian invasion of Ukraine and ensuing sanctions levied against Russia have thoroughly shaken the global economy. What have been the most tangible effects on international trade thus far?

The attack, which violated international law, destroyed the post-war order, including the policy of détente in Europe. German policy at least was determined by the guiding principle of “change through trade” and assumed after the fall of the Berlin Wall that all states in Europe were united by the common interest of peaceful coexistence. This is how the growth of the European Union into an economic union, which increasingly became a political union, can be understood.

The core pillar, however, is the common economic basis. Within the European Union there is the internal market. With other European states there are either free trade agreements or strong economic ties. This also applied to Russia, at least until the war began. German companies invested in Russia; Russian companies invested in Germany and all of Europe. Unfortunately, that is over. German companies are withdrawing from the Russian market. Due to the economic sanctions against Russia or against Russian persons or organisations, the European market is now closed to Russian companies.

Numerous states in America and Asia have also introduced economic sanctions against Russia. Therefore, the Russian war against Ukraine not only affects European security and the economy, but the entire global economy. Trade and cooperation with the Russian economy is also coming to a standstill in these countries.

We have already witnessed sanctions placed on Russian coal and the ending of Nord Stream 2. Is it possible that an oil and gas embargo may be on the cards?

In many countries, the energy supply is dependent on oil and gas imports from Russia, but to varying degrees. This is especially true for Germany due to its long-standing low-priced and reliable supply of oil and gas from Russia. Trust in peaceful coexistence has made Germany dependent. An embargo would hit our own economy hard and make the now urgently needed investments in military security more difficult for state budgets. Whether an embargo would be effective is also questionable, as Russia will still find other buyers for its raw materials.

Do you foresee any further developments in global trade as the war continues and new sanctions are imposed?

Due to the economic sanctions against Russia or against Russian persons or organisations, the European market is now closed to Russian companies.

This applies to the European Union’s trade policy, which aims to combat the effects of climate change and achieve sustainable international relations, for example through bilateral free trade agreements. The current warlike events in Eastern Europe have hijacked the discussion and attention of politicians and the population. The long-term problem of climate change has been lost from view. Worldwide, though, this problem must be seen and solved.

The RCEP is the most populous and economically strongest free trade agreement. Through the membership of the People’s Republic of China, it has the greatest global weight and will influence the entire world economy. It creates the world’s largest production area and sales market. Neither the American nor the European economies can keep up with it.

If we look at the parties to the individual free trade agreements, we see that some countries are involved in different free trade zones at the same time. It will be interesting to see how the multiple memberships will affect the development of the agreements. For example, FTAs regularly aim to harmonise technical standards. Conflicts are therefore to be expected if there is no agreement on standards that apply in the same way in different free trade areas. Conflicts are also to be expected with regard to sustainable environmental protection policy. Some agreements provide for sustainability clauses (for example USMCA, CPTPP). The RCEP lacks such a clause.

What should internationally operating companies prepare for in the near future?

It is to be feared that Russian policy is not only aimed at neutralising Ukraine, but also at destabilising security policy in Europe. I therefore expect sanctions against Russia to last longer. Economic relations with Russia will therefore not be possible for a long time.

22% of Law Firms Fail to Check Clients Against Sanctions Arbitration, Russian Sanctions and the Spectre of Sovereign Default

All the more reason for all internationally active companies to make an effort to be represented in the economically interesting markets. Due to the different free trade agreements, however, this can mean that global sources of supply, supply chains and sales markets become more difficult. It may mean that companies have to become more regionally oriented. Sourcing, production and sales will be regionalised. Technical and economic synergy effects will be lost as a result. However, I do not see the end of globalisation, but rather a shift towards glocalisation. Due to local or regional peculiarities, internationally operating companies will adapt their products to the respective local or regional conditions in terms of raw material procurement, design, technical standards, manufacturing process and marketing.

Hans-Michael Wolffgang is the head of AWB, which offers specialised advice in the areas of customs, export control, value added tax and excise duty for internationally active companies. The boutique firm advises companies of all sizes and industries in these specialised areas. After many years of working as a university lecturer and judge, Hans founded AWB in 2005 together with colleagues from his consulting practice. AWB now has 35 advisors in its offices in Münster, Hamburg and Munich. Its team includes tax advisors, lawyers, economists and former customs and tax officials, as well as specialists from business and academic teaching who now use their extensive knowledge at AWB for the benefit of internationally active companies.