Arbitration, Russian Sanctions and the Spectre of Sovereign Default

The Russian invasion of Ukraine has led to a seismic shift in business relations as foreign companies in Russia seek to distance themselves from the nation. 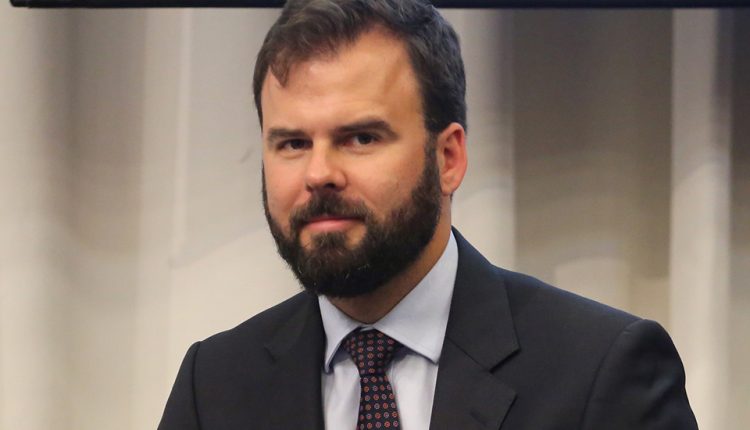 The still-developing situation is ripe for disputes disputes, bearing similarities in some cases to force majeure claims brought during the COVID-19 pandemic. Arbitration and disputes specialist Tomas Vail expands on the event below.

Russia’s illegal and catastrophic invasion of Ukraine has led to further sanctions and businesses winding down their operations in Russia. Whilst Russian businesses are considering arbitration and other measures against foreign counterparts who cease performance of their contractual obligations (both in Russia and abroad), foreign companies are equally considering investment treaty arbitration and commercial arbitration against Russia and Russian state entities, including in respect of an impending sovereign default.

As the EU considers a ban on energy imports from Russia amid calls to more generally reduce dependence on Russian energy (Europe gets nearly 40% of its natural gas and 25% of its oil from Russia), Germany suspended the certification of Nord Stream 2, the $11 billion natural gas pipeline, leading the Swiss-based company behind Nord Stream 2 (a wholly owned subsidiary of Russian state company Gazprom) to fire all of its 106 local employees.

According to energy commentators, halting Nord Stream 2 could lead to investor-state arbitration under the Energy Charter Treaty. The Nord Stream 2 project has already seen ECT claims arising out of the EU gas Directive Amendment of 2019 that impacted new gas transmission lines. That same year, Gazprom’s subsidiary took action against the EU itself for breach of the ECT, alleging that the project had been disadvantaged as a result of the new onerous rules. Incidentally, in line with the widespread refusal of law firms to represent Russian clients, the counsel team in the 2019 ECT claim has recently ceased to act in the Nord Stream 2 arbitration and the tribunal has suspended those proceedings at the claimant’s request.

The current situation resembles the Vattenfall case: after the German Parliament imposed the phasing out of nuclear power, Germany suspended the certification of two nuclear power plants of the Swedish state-owned energy company, resulting in its filing of a €7 billion ECT arbitration (ultimately settling for €1.4 billion).

According to energy commentators, halting Nord Stream 2 could lead to investor-state arbitration under the Energy Charter Treaty.

Just as Nord Stream 2 illustrates the possibility of Russian-owned companies bringing arbitration claims against foreign states, Russian businesses have legal options in response to foreign partners who have ceased doing business in and with Russia.

For example, Vitol Group, the world’s top independent oil merchant, will reportedly cease trading Russian crude oil and products by the end of 2022 and will not enter into any new Russian crude and product transactions. Italy’s Eni announced its withdrawal from the Blue Stream pipeline between Russia and Turkey, Shell and Exxon are pulling out of Sakhalin projects, BP is abandoning its stake in Rosneft and Norway’s Equinor also plans to exit Russia. In contrast, Hungarian Prime Minister Viktor Orban has rejected calls to suspend a $14 billion expansion of Hungary’s Paks nuclear plant conducted by Rosatom (which is itself now being considered for additional US sanctions).

Some foreign businesses may argue that it is no longer tenable for them to continue performance of contracts in light of the political environment and the growing sanctions regime. Indeed, it is likely that similar issues as those raised by the COVID-19 pandemic will arise, namely claims of force majeure, illegality, frustration and impossibility of performance. However, not every business withdrawal is sanctions-related and Russian businesses may well invoke arbitration clauses to recover losses from any contractual breaches.

A number of countermeasures are being developed in Russia in response to the business withdrawals noted above. Draft legislation has been introduced before the Russian Duma on the external management of foreign subsidiaries intending to leave the Russian market (a de facto nationalisation), with the possible sale of such assets at public auction and the state acting as the buyer if there are no applicants. The draft law also provides for a company’s forced liquidation or bankruptcy.

Other recent developments in Russia include a presidential decree imposing restrictive currency controls, such that payments for gas deliveries to “unfriendly” countries must be made in Russian roubles and buyers must set up multiple currency accounts: Gazprombank receives the payment in the foreign currency, buys roubles on the Moscow exchange and deposits these funds into the buyer’s roubles account in order to pay Gazprom in roubles. This sets the stage for potential disputes (such as gas price review arbitrations) as these requirements, including the foreign buyer being unilaterally subject to potentially unfavourable exchange rates, are unlikely to be consistent with existing gas supply contracts.

Some foreign businesses may argue that it is no longer tenable for them to continue performance of contracts in light of the political environment and the growing sanctions regime.

Of particular interest in relation to contractual claims arising from newly imposed currency requirements is the March 2022 decision by the English Commercial Court in RTI Ltd v MUR Shipping BV. In response to 2018 sanctions imposed on RTI Ltd’s parent company (in relation to OFAC’s 2018 sanctions against Mr Oleg Deripaska, Rusal and others), MUR Shipping BV invoked a force majeure clause on the basis that it would be a breach of sanctions to continue with performance, including in respect of RTI’s payment of US dollars to MUR as required under the contract. RTI argued that sanctions would not interfere with cargo operations and that as a Dutch entity, MUR was not a “US person” caught by the sanctions. RTI also proposed to effect payment in euros rather than US dollars. The contract specified that a force majeure event required that “it cannot be overcome by reasonable endeavours from the Party affected”.

The arbitral tribunal found that while sanctions had an impact on RTI’s ability to pay MUR in US dollars, MUR’s case on force majeure failed as it could have accepted RTI’s proposal to accept payment in euros.

The Court upheld MUR’s appeal and set aside the arbitral award, holding that the reasonable endeavours provision did not require MUR to accept non-contractual performance or to accept payment in euros instead of US dollars.

Moreover, in the realm of public international law, Russia has bilateral investment treaties with over 60 states (including BITs with Sweden, Netherlands, the UK, Italy and Ukraine), which may give rise to arbitrations against Russia for breach of these BITs, including in relation to expropriation via forced asset sales, liquidation or bankruptcy. Investors have had success in bringing such claims against states, even on behalf of companies already in liquidation.

Compounding these potential claims is the risk of another set of claims arising from the spectre of a Russian sovereign default, and the potential for investor-state claims such as those previously levied against Argentina. Russia recently faced two payment deadlines on bonds sold to foreign investors with a combined interest of nearly $650 million. Under the terms of the bond contracts, Russia was supposed to have made the payments in dollars. However, citing the severe sanctions preventing it from accessing its more than $600 billion in foreign exchange reserves, Russia made the payments in roubles.

As a result, credit-rating agency S&P Global announced on 9 April 2022 that Russia is now in a “selective default” (when a borrower defaults on a specific payment but makes others on time) with a full default increasingly likely. Russia has fifteen bonds outstanding, including those held by major hedge funds and asset managers such as Invesco and PIMCO, that are denominated in dollars and euros, altogether worth around $40 billion – and much of the debt was registered in the UK and is governed by English law.

For example, following ICSID arbitration under the Italy-Argentina BIT, in 2016 Argentina reached an agreement with about 50,000 Italian creditors holding $900 million in defaulted bonds to settle the creditors’ claims. Other high-profile examples include a series of ICSID claims by banks against Croatia and Montenegro arising from the Swiss central bank’s decision to abandon exchange rate controls in 2015, and losses incurred from subsequent legislation compelling the conversion of franc-denominated loans into euros.

In a similar vein, in an ICSID arbitration under the Germany-Sri Lanka BIT, a tribunal found that Sri Lanka had breached its obligations under the BIT not to expropriate Deutsche Bank’s investments (arising from the suspension of payments under, and termination of, an oil hedging agreement) and awarded damages in the region of $60 million plus interest, and $8 million in respect of legal fees.

To conclude, Russia’s illegal invasion of Ukraine has led to a historic wave of sanctions which impact businesses and supply chains around the world. We can expect that claims (including both investor-state and commercial arbitration claims) will be brought both by Russian businesses against foreign counterparts who cease performance of their obligations, and by foreign companies against Russia and Russian state entities – particularly in light of an impending sovereign default.

Tomas Vail is recognised as both a leading arbitration practitioner and a leading practitioner of investor-state arbitration. Prior to founding VDR, Tomas spent a decade working in international arbitration groups at both White & Case and Freshfields Bruckhaus Deringer. He regularly represents both states and investors in investment treaty arbitration proceedings under the ICSID and UNCITRAL rules and is a native speaker in both English and Russian, in addition to being fluent in French.

Vail Dispute Resolution is an innovative disputes practice founded by Tomas Vail in 2019. From its London headquarters, the firm provides high-quality disputes advice at an affordable cost, allowing for greater flexibility and bespoke solutions for each matter – including fixed fees and alternative funding solutions where appropriate.