Had An Accident While Uninsured? A Lawyer Can Help You Out

Nearly all states in the US require some form of auto insurance. If your state doesn't require you to have one, you must be prepared to pay for any injuries or damages caused by your vehicle out of pocket. 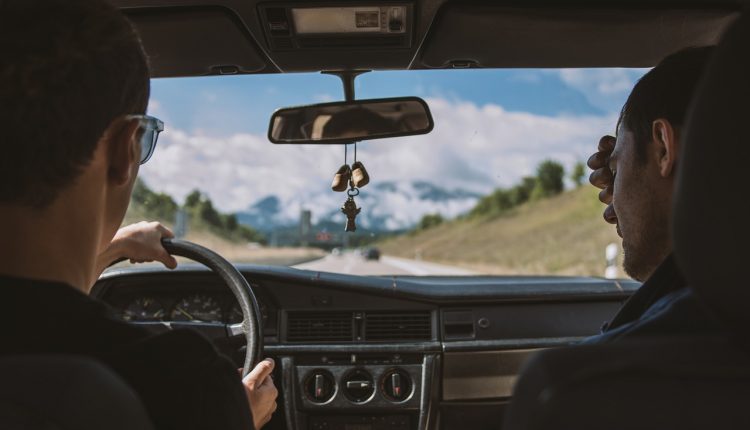 Getting Into An Auto Accident Uninsured

The severity of the consequences depends on your location, who was to blame, and the extent of harm caused. In any case, being in an auto accident without insurance won’t be easy – which underscores the importance of hiring a car accident attorney. Get help from a motor accident lawyer when you’re involved in a car crash uninsured. They will analyse your case and advocate for the best outcome possible.

Legal Consequences In The Tort States

Most jurisdictions require you to have a minimum auto insurance coverage. Driving without it, even if you haven’t caused an accident, can result in serious problems. The following are some of the consequences of driving without insurance:

Again, these punishments apply only for not having insurance. Things escalate if you are involved in a collision. If you’ve been in an accident and are at fault, you’ll be fined for driving uninsured and will be financially responsible for any damage caused.

The other driver may sue you, forcing you to pay all legal charges out of your pocket. If you lack the financial means, the courts may authorise them to reclaim those costs via wage garnishment, which implies that the money you owe will be deducted directly from your paycheck.

The total cost of causing an accident can be as high as thousands of dollars – which are way higher than your savings from dodging to pay insurance.

Consequences In The No-Fault Insurance States

There are currently 12 no-fault insurance states (Florida, Michigan, New Jersey, New York, Pennsylvania, Hawaii, Kentucky, Massachusetts, Minnesota, North Dakota, and Utah), which require drivers to seek compensation for damages and losses from their insurance carrier regardless of the cause of the automobile accident.

And so, if you caused an accident in any one of these states, you won’t be liable for the damages or injuries caused – unless the injuries/damages you caused are significant or serious under the state’s severity definition, or when the expenses exceed a particular amount, for instance, $20,000. Still, this doesn’t imply that you are in the clear; you may incur penalties or costs for driving uninsured.

Virginia and New Hampshire are currently the only two states that don’t require drivers to get auto insurance. Nevertheless, in order to drive uninsured in Virginia, you must pay a $500 fee to the state’s Department of Motor Vehicles. Additionally, in both jurisdictions, driving without insurance still leaves you financially liable for any damage or injury you cause.

Essentially, if you are the driver at-fault in a collision and you lack insurance, you will be responsible for any injuries or damage you caused. Depending on the collision’s severity, you may also be required to notify the state’s Department of Motor Vehicles. Also, you risk getting your license revoked and facing other serious consequences.

When The Other Driver Caused The Accident

If the other party is to blame and you lack your own auto insurance, there can be certain limits on what you can get as compensation. Several states including Alaska, Iowa, California, Kansas, Michigan, Louisiana, North Dakota, New Jersey, Oklahoma, and Oregon, have the “No Pay, No Play” rule, which limits the amount of compensation you receive.

According to this rule, if a person lacks the necessary car insurance that could fully compensate another driver, they shouldn’t be allowed to claim total benefits from other driver’s insurance, when they’ve been a car accident victim.

In a nutshell, considering the complexity of this matter, it’s best to hire a car accident attorney to help identify loopholes and reduce the severity of your potential penalties.