As we wait with mingled dread and anticipation for what new developments 2022 will bring, it is a good time to look back on the key events of the months gone by. 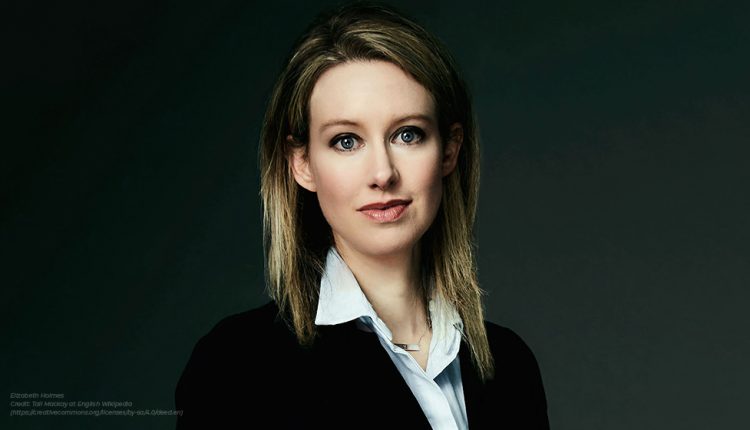 In no particular order, the following are a selection of the legal stories that captured the most public attention and press coverage in 2021.

Senate Bill 8, or “SB 8”, was signed into law by Texas Governor Greg Abbott on 19 May. The self-dubbed “Heartbeat Act” barred abortions once cardiac activity has been detected within an embryo, which typically occurs within the sixth week of pregnancy – sooner than many women realise that they are pregnant. The bill also made no exceptions for pregnancies resulting from rape or incest.

While similar restrictions have appeared in proposed anti-abortion legislation before, what commanded greater media attention was SB 8’s unusual empowerment of private citizens, rather than law enforcement, to sue any individual who performs or “aids and abets” an abortion outside of the six-week limit, recovering their legal fees and a minimum of $10,000 from the defendant should they succeed. By removing the involvement of state officials from the bill, this stipulation has restricted the legal recourse of abortion providers who would ordinarily have sued the state to keep such a law from taking effect.

The law, which came into effect on 1 September, garnered widespread praise and condemnation respectively from anti-abortion and pro-choice camps in a firestorm that gained international attention. Particular outrage has been generated by SB 8’s alleged violation of the 14th Amendment of the US Constitution, which guarantees a “right to privacy” that has long been interpreted as protecting a pregnant woman’s liberty to choose whether or not to have an abortion. Groups such as Planned Parenthood have vowed to keep fighting the law, with US Attorney General Merrick Garland and other parties taking legal action against the state.

The latest development in this story came on 10 December, as the Supreme Court declined again to block SB 8 but ruled that Texas abortion providers could challenge the law in a lower court. With further challenges to Roe v Wade set to be heard by the Supreme Court in 2022, it is anybody’s guess how abortion rights may soon be shaped in the US.

Groups such as Planned Parenthood have vowed to keep fighting the law.

The Trial of Elizabeth Holmes

Theranos, a blood testing start-up founded by Elizabeth Holmes in 2003, was once renowned in Silicon Valley. The company claimed that its “Edison machine” lab instruments could detect conditions such as cancer and diabetes quickly and from a few drops of blood, without the requirement of a needle. If it proved to be as reliable as Theranos assured investors, the technology promised to revolutionise the $74 billion blood testing industry. Excitement surrounding the product propelled the company to a $9 billion valuation by 2014 and established Holmes as one of the youngest “self-made billionaires” in the US.

A year later, Theranos came under widespread scrutiny following the publication of an explosive report from the Wall Street Journal, which found that the start-up had allegedly been collecting samples through traditional means and diluting them to be analysed in machines built by other companies rather than its Edison device. Theranos dissolved in 2018 and 37-year-old Holmes was charged with wire fraud and defrauding patients. She pleaded not guilty to the charges, each of which carries up to 20 years in prison. Holmes’s defence team argued that she fully believed all alleged misrepresentations of Theranos’s technology and claimed that controlling behaviour on the part of her ex-partner, Ramesh Balwani, “erased her capacity to make decisions”.

This case is one that Lawyer Monthly has been following closely since the summer, and is notable for the number of high-profile individuals it has entangled. Holmes was able to secure more than $900 million in funding from the likes of media tycoon Rupert Murdoch, US Treasury Secretary George Schultz and America’s richest family, the Waltons. At its height, directors on the Theranos board included Henry Kissinger and future US Secretary of Defence James Mattis. Owing to this background and the enduring loyalty of Holmes’s supporters, the case has also captured the public imagination to a significant extent. Holmes has been the subject of a book, an HBO documentary and an upcoming film and TV series, and has not lost all of the celebrity she once enjoyed while appearing on the front covers of Forbes and Inc. magazine.

At its height, directors on the Theranos board included Henry Kissinger and future US Secretary of Defence James Mattis.

Holmes’s three-month trial reached its conclusion on 3 January 2022 as a jury convicted her of three counts of wire fraud and one count of conspiracy to commit wire fraud. Holmes was found not guilty on four further counts relating to defrauding patients. However she is ultimately sentenced, the case is a landmark moment for Silicon Valley and a stark window into the darker side of its start-up culture.

The Extradition Case of Julian Assange

A late inclusion in this round-up, the case of Wikileaks co-founder Julian Assange and two governments’ attempts to have him extradited has been evolving gradually over more than a decade and saw some significant movement this year.

Assange became a household name in 2010 after Wikileaks published a series of leaks by former US Army soldier Chelsea Manning about the Afghanistan and Iraq wars alongside the release of more than 250,000 US diplomatic cables that would come to be known as Cablegate. Following this event, which would result in Manning’s arrest and conviction on charges including espionage, an arrest warrant was issued for Assange for two separate sexual assault allegations in Sweden. After denying the allegations to Swedish police he returned to the UK and was granted bail. After a legal battle resulted in a court ruling that Assange should be extradited to Sweden – which he feared would lead to his extradition to the US, where he could face charges over the publication of government files – he sought sanctuary in the Ecuadorian embassy, where he would remain for seven years until his eventual eviction and arrest by the Metropolitan Police in 2019.

The sexual assault charges against Assange have since been dropped, but the charges levied against him by the US Department of Justice have been revealed to include 17 counts of espionage and one instance of computer misuse, wherein he is alleged to have conspired with Manning to crack a password on a Department of Defence computer. Should he be convicted on all counts, Assange will face a maximum possible penalty of 175 years in prison.

The outcome of this case and its significance are the subject of sore debate. Assange describes himself as a political refugee and other whistleblowers have argued that his US case could set a precedent with dire implications for press freedoms and First Amendment rights. Meanwhile, detractors have argued that the publication of illegally obtained information without redacting named individuals is dangerous and should not be counted as journalism.

In a decision on 10 December, the UK High Court ruled that Assange can be extradited back to the US after receiving a raft of reassurances from the US government that he would not be subject to “special administrative measures” and that he could, if convicted, apply to be transferred to a prison in Australia, his country of origin. Assange’s lawyers have since launched an appeal to the Supreme Court, though expert consensus holds that this is unlikely to succeed. We will remain poised to see the new direction this long-running case takes, whether that will be in the UK or the US.