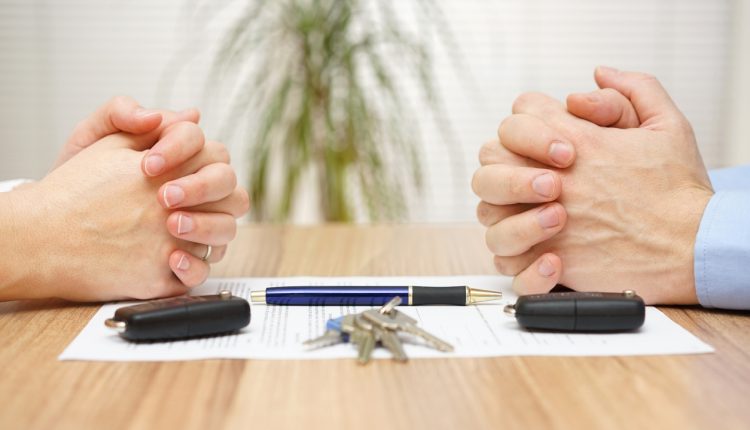 As the financial world sees renewed speculation that the world’s largest private equity firms may soon float on the public market, in A v M [2021] EWFC 89 a High Court judge has given what is only the court’s second-ever detailed ruling on how private equity partners will need to share carried interest payouts with their former spouse following divorce.

It is well-established in English law that, on divorce, the court’s starting point will be that the financial fruits of the marital partnership – including resources generated by the parties’ efforts during the marriage – should be shared equally, but that there is no right to share in the product of work carried out after the divorce. (Ongoing spousal maintenance payments from future income are frequently ordered in cases of need, where the recipient is unable to meet their outgoings from other resources).

Applying these principles to carried-interest is not straightforward. Carried-interest (or “carry”) is paid to private equity partners where a fund’s performance exceeds a pre-determined return; typically the partners retain 20% of the profits, divided between them in accordance with a partnership agreement. Carry is often their most significant form of remuneration.

A private equity fund might have a five to ten-year life. As carry payments tend to be paid out in a fund’s later years, but reflect the fund’s performance throughout its life, it is not possible simply to say that payments received after divorce only reflect the product of post-divorce labour and so should not be shared. So, what approach does the court take?

In the 2013 case of B v B [2013] EWHC 1232 (Fam) (in which the author represented the wife), the judge took a broad discretionary view. The husband had provided detailed schedules weighing the work required at each stage of a fund’s life, illustrating how much of the work had taken place prior to separation, and converting that into a percentage figure showing the proportion of carry proceeds said to be “marital”. By contrast, the wife argued for a broader approach that recognised carry receipts as a product of the husband’s efforts which were part of a continuum stretching back into the marriage. The judge did not adopt the husband’s mathematical approach, but went with an instinctive approach to fairness, and awarded the wife 50% of the husband’s carry in a fund nearing the end of its life, 20% of the husband’s carry in a fund around the middle of its life, and none of the carry in a fund begun shortly before the parties’ separation.

Departing from this, the judge in A v M, Mr Justice Mostyn, took a formulaic approach. In this case, the husband had interests in two funds. Fund 1 had been established in October 2016; investment of €187m had been raised, almost all of which was now invested, with the fund’s term likely to end in March 2026. Fund 2 was established in October 2018; this was a bigger fund with investment commitments of around €323m, of which around half had been invested, and had a term likely to end in June 2028.

The judge held that the marital element of the carry (i.e. the proportion which would be shared) should be calculated linearly over time; there would be no weighting of the work required at different stages of the fund’s life. The judge essentially provided, by way of a formula, that the proportion of the fund’s anticipated life, starting from its establishment, which fell prior to the date of trial would be the proportion of the husband’s carry which would be considered marital and shared equally. Note that it is the date of trial, rather than the date on which the parties separated, which marks the endpoint of the receiving party’s sharing entitlement.

On the projected figures used by the judge, the wife’s carry receipts would be €5.5m and the husband’s €21.7m. The “relocation” meant that if Fund 1 performed worse than expected, and Fund 2 better, the wife would lose out, and vice versa – but this was a price the judge considered worth paying to limit the duration of the financial nexus between the parties.

Additionally, the wife had argued that because she would continue to contribute to the family as the primary carer of their 12-year-old child, she should receive an enhanced share of the husband’s carry, essentially arguing that because her childcare contributions would continue, the period during which she should be entitled to share in the husband’s remuneration should also continue. The judge “emphatically” rejected this argument, describing it (perhaps controversially) as “completely unprincipled”.

The judgement brings welcome clarification to the approach to be taken to the division of carry following divorce. The mathematical approach adopted generates more predictable outcomes than the previous, discretionary approach, which should assist parties in reducing their legal costs. Furthermore, with the growing use of nuptial agreements, couples are increasingly taking control of how they would wish their assets and income to be divided in the event of separation, including for resources such as carried interest, reducing the prospects of litigation on divorce.

About the author: Richard Kershaw has been a partner at Hunters Law since 2003, and advises on a wide range of financial and child related disputes arising on the breakdown of a relationship.

4 Steps To Take Before Getting A Divorce