Below, we hear from Richard McMeeken, partner in Morton Fraser’s commercial litigation team, who takes a closer look at litigation in Scotland and the trends we can expect to see play out in 2022. 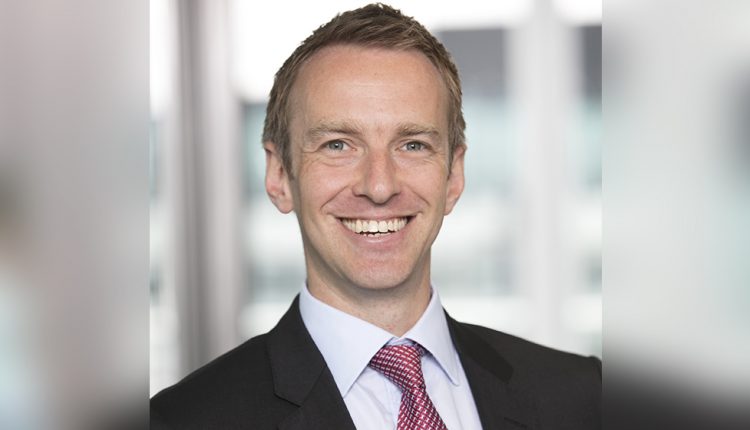 The legal market in Scotland has changed over the last year, although perhaps not to the extent that anyone would have predicted. Firms have, in general terms, coped well with remote working and are beginning to cope well with hybrid working too. Traditional streams of work have been maintained and while some practice areas, such as insolvency and restructuring, have been quieter than anticipated, that has not had a significant impact on the bottom line. So, what can we expect in 2022?

Insolvencies will rise – even if we do not experience the “tsunami”

We can expect an increase in insolvencies. We have been warned for some time about a “tsunami” of insolvencies that is about to hit our shores. But the tsunami has not materialised and it is now doubtful that it ever will. There are several reasons for that.

First, the protections put in place by the Corporate Insolvency and Governance Act 2020 were extended, and while they were relaxed in September there are still good protections in place for debtors, particularly in relation to commercial rent. The increase of the financial threshold for winding up to £10,000 is also prohibitive for a lot of creditors.

Secondly, the downturn in the Scottish economy was, for the first time, supply-driven as a consequence of supply being forcibly cut off by government measures. Initial experience seems to be that the reintroduction of supply has been met with demand and the survival of companies that were perhaps expected to fold. However, if restrictions end as planned on 31 March 2022, then an economic shock is still possible in some sectors, particularly in retail, and companies who were on the brink before March 2019 may be the first to fail.

Directors’ duties will be put under the microscope

The position of directors will be highlighted in 2022. While the wrongful trading suspension was looked at as an important measure, in practical terms, it is unlikely to have had a huge impact on directors’ liabilities because that remedy concentrates on inadvertent behaviour.

If restrictions end as planned on 31 March 2022, then an economic shock is still possible in some sectors.

There are, of course, numerous provisions in the Companies Act 2006 and the Insolvency Act 1986 which deal directly with deliberate conduct by directors (such as sections 212 or 213 of the 1986 Act on misfeasance and fraudulent trading respectively). Directors also have common law duties and if their conduct is not caught by legislation then it may still be a fraud at common law.

There was also no suspension of the Secretary of State’s powers to disqualify directors under the Company Directors Disqualification Act 1986 and the Rating (Coronavirus) and Director Disqualification (Dissolved Companies) Bill, which ensure that directors of dissolved companies who have exploited government-backed loans granted during the pandemic will not be absolved of liability. Taking early advice will be crucial for corporate officers who are concerned about their position as companies and third parties will start to take action in 2022.

Climate litigation is likely to start taking place in Scotland

Class actions are now well up and running in Scotland (known as group proceedings) and it will be interesting to see whether the climate change litigation, which we have seen across Europe and North America over the last few years, will now come to Scotland. There is a good chance that it will, particularly with COP26 having been held in Glasgow in November, which highlighted Scotland as a leader in environmental matters.

Taking early advice will be crucial for corporate officers who are concerned about their position as companies and third parties will start to take action in 2022.

Investors are also getting involved: claims by groups of investors seeking to hold companies or directors to account for failures to disclose material climate change risks may gather pace. Of course, whether Scotland becomes a jurisdiction of choice for climate litigation will depend partly on the domicile of the polluter. However, the cost of litigating in Scotland is not high compared to neighbouring jurisdictions and the streamlined process involved in group proceedings may see climate litigation becoming a feature of the Scottish legal landscape in 2022.

Contract disputes will not disappear

While new types of litigation may arrive in the next year, the more traditional disputes are going nowhere – disputes surrounding the interpretation of contracts remain a significant part of the work of the commercial court in Scotland.

The tension that exists in Scotland is between a purposive approach to contractual interpretation or an approach which elucidates the words of the contract. There should not, of course, be any such tension and understanding the mutual intention of the parties to a commercial contract involves an objective exercise of the kind repeatedly set out by the Supreme Court.

However, the application of the relevant principles in Scotland has not been consistent. Cases such as Hoe International v Andersen & others 2017 SC 313 and Ashtead Plant Hire v Granton Central Developments 2020 SC 244 seemingly still place too little emphasis on the contractual terms and too much emphasis on a purposive approach, with commercial common sense being liberally relied upon.

In recent months, however, the Scottish commercial court has started to retreat to a more defensible position with the judgment in Dragados (UK) Limited v DC Eikefet Aggregate AS [2021] CSOH 117 reflecting an important change in the right direction. It is expected, and indeed hoped, that this move in the right direction will continue in 2022.

Finally, virtual court hearings are likely to become a permanent feature of the Scottish litigation landscape in 2022. The extent to which they will be is currently open for discussion, but proposals suggest that they will be far more widespread than many in the profession hope. It is hard to see why clients would be denied their day in court and substantive hearings such as debates, proofs and appeals ought to be conducted in person.

Anecdotally, judges have commented that party litigants in family cases have expressed their distaste at having decisions about custody of their children, for example, made over a Webex call. People want important decisions to be taken in open court, having had an opportunity to put their best case forward. Finding the right balance in the coming year will be crucial for the proper administration of justice in Scotland.

Richard McMeeken is a partner and solicitor advocate in the commercial litigation team at independent Scottish law firm Morton Fraser.