Preventing Underage Marriages In The UK 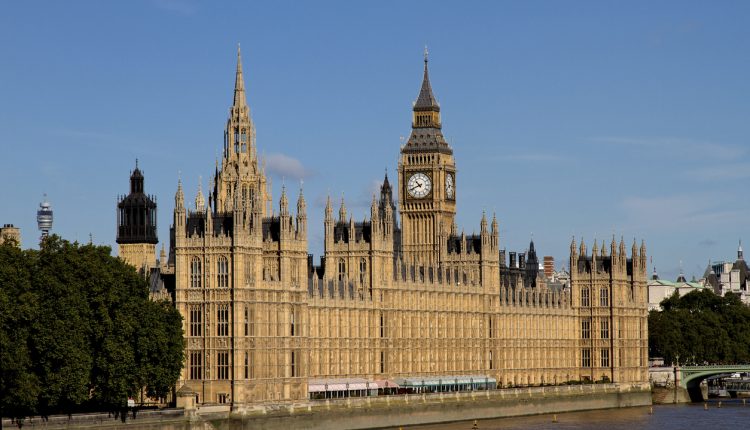 On 19 November 2021 the Marriage and Civil Partnership (Minimum Age) Bill passed its second reading in the House of Commons, marking further progress in a long campaign to raise the minimum legal age for all marriage in England and Wales to 18.

The Private Member’s bill, introduced by Pauline Latham MP and which has cross-party support, seeks to bring an end to the increasingly anachronistic and unsustainable position that allows young people aged 16 and 17 to be legally married, even though they are still legally considered to be children.

The current law dates back to the Marriage Act 1949, which specifically refers to the marriage of a child requiring the consent of the child’s parent or guardian. The minimum age at which a person could marry was previously set at 16 years old under the Ages of Marriage Act 1929, but children aged 16 and above could legally marry.

Both pieces of legislation would undoubtedly have been seen as, and intended to be, progressive and introducing safeguards for children at the time but, as the former Lord Chancellor and Secretary of State for Justice, Robert Buckland, speaking in the debate in support of the current bill said: “the mechanism of parental consent, which we all thought was a good safeguard, has sadly become a vehicle for abuse.”

In 2008, with the Educations and Skills Act, the government legislated to increase the age at which young people could leave learning to age 17 and, with effect from 2015, to age 18, recognising the importance of educational and vocational training for young people’s life chances. Campaigners to end child marriage highlight that the reality for many young people who are married from the age of 16 is that they lose those intended opportunities for education, employment and personal independence, with some also suffering physical and mental health issues, often connected to domestic abuse and early pregnancy. Organisations working with children who have been entered into child marriages report the survivors as experiencing life-long harm.

The provision for parental consent within the Marriage Act 1949 legitimises many child marriages in England and Wales at this time.

There is existing legislation to criminalise forced marriage, where the child (or indeed adult) does not consent, but this requires evidence of coercion or undue pressure to marry and fails to take account of the power imbalances in parent-child relationships, which may prevent the child from either being able to voice their unwillingness to marry or in some cases to recognise that they are entitled to have that voice. If a 16- or 17-year-old does not openly object to their marriage, and their parent or guardian consents, then it is legal.

The existing laws, however, apply only to registered ceremonies. There is no current legislative provision to restrict unregistered, religious marriages to any age limit, the only available prohibition against such marriages being they must not be forced. While it is known that the legal marriages of 125 children under the age of 18 were registered in 2019, there is no way of knowing how many children are entered into unregistered, religious marriages, but estimates suggest the figures are significantly greater.

It is for this reason that the Marriage and Civil Partnership (Minimum Age) Bill, in addition to amending existing legislation in relation to registered marriages, proposes to make it an offence for a person to aid, abet or encourage any child under the age of 18 to enter into any form of marriage, and will also make it an offence for a responsible person to fail to protect a child from entering into any form of marriage.  Either offence would be punishable by up to seven years imprisonment.

While the proposed law to raise the minimum age of marriage to 18 will only apply to England and Wales, the Bill crucially aims to deter parents who may consider taking their child abroad to be married by extending the criminal offence of child marriage to marriages performed abroad by treating them as having taken place in England and Wales.

UNICEF defines child marriage as “any formal marriage or informal union between a child under the 18 and an adult or another child”. In 2016, UNICEF and the UN population fund launched a joint initiative to tackle the problem of child marriage globally. The UK government provides support and funding to the programme, and as recently as the 16th of November 2021, the Foreign Secretary announced a further £18 million of new funding to the programme as part of a pledge to drive global initiatives to end violence against women and girls, including an end to child marriage. And, yet some point out the inconsistency and double standards in the UK government’s position in seeking to lead the way on the issue in the circumstances when its own laws still allow children aged 16 and 17 to be exposed to the consequences of child marriage at home.

While the UK has also committed to achieving the UN’s sustainable development goals by 2030, one of which is to ‘eliminate all harmful practices, such as child, early and forced marriage’, it undoubtedly weakens its own authority to champion and progress this outcome until it is no longer possible for a child to be legally married, at least in England and Wales (it will fall to the devolved governments in Scotland and Northern Ireland to decide whether to introduce similar legislation). It is hoped that the enactment of the Marriage and Civil Partnership (Minimum Age) Bill will address this anomaly.Having passed its second reading, the bill will now progress to the Committee stage for further consideration.

About the author: Nicky Hunter is a Partner at Stowe Family Law.