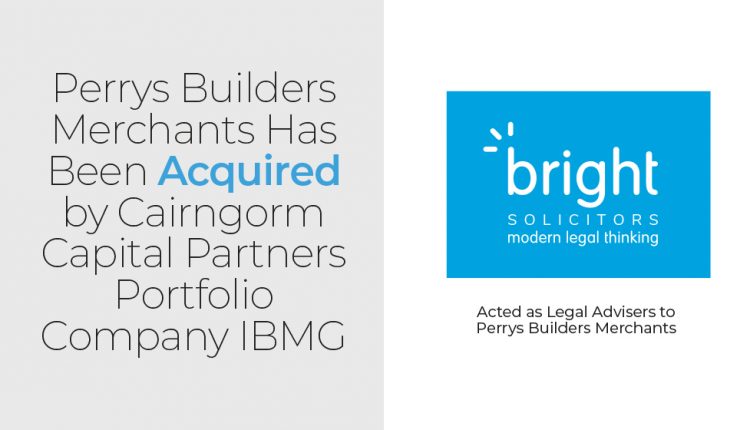 A one-branch builders’ merchant established in Plymouth in 2000, Perrys supplies a broad range of materials to trade and retail customers in and around the city.

This acquisition fulfils a long-standing objective for IBMG’s South West division to extend the presence of its counterpart, RGB, in Plymouth and provide it with a platform for further growth. Perrys will become part of RGB, which was itself bought by Cairngorm in March 2021, with founder Mark Periton slated to retain his position in the business while working alongside RGB managing director Andy Gamble. The acquisition also advances IBMG’s broader strategy of developing its divisions through a combination of acquisition, new site development and organic growth.

Perrys was advised on legal maters by Bright Solicitors. The team was led by partner Matt Cook, with input from the firm’s commercial property department, headed by Georgia Jones. Matt Cook remarked that he was excited for Perrys, as the transaction followed several aborted sales of the company. He added that IBMG was keen to retain Perrys’ services.

Perrys was also advised by Sheppard Accountants on accountancy matters. IBMG was advised by Wilson Partners on financial due diligence and tax aspects.