Trade secrets are always among the most highly valued assets a company possesses. But how can companies with high employee turnover rates keep them safe? Flavia Stefura, senior associate at MPR Partners, answers our questions about trade secrets and security below. 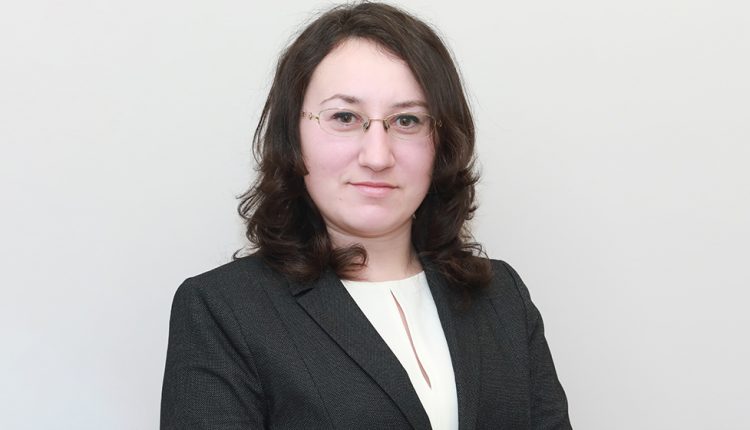 Why are trade secrets especially vulnerable at the beginning and end of an employment relationship?

Trade secrets represent information that is not generally known or accessible to the normal circle of persons who deal with that kind of information. It is commercially valuable, or it gives a competitive advantage because it is generally not known. For something to be protected as trade secret, reasonable security solutions must be put in place by its holder. Therefore, an essential characteristic of trade secrets is that they must be protected from outsiders.

Both at the beginning and at the end of an employment relationship, trust between the employee and the employer is the main issue that puts trade secrets in jeopardy. And sometimes, when the employment relationship is ending, trust has been broken by at least one of the parties. Without trust, there is a near complete absence of loyalty between the parties, which may lead to leaks of an employer’s documents, objects, materials, etc. to third parties.

Looking in particular at the “gig economy”, what issues could a business encounter when it frequently hires new employees, from a standpoint of both protecting its own trade secrets and avoiding encroaching on others’?

According to a report released by cybersecurity company Deep-Secure following a survey in 2019, more than half of respondents (59%) reported that they had taken company information from a corporate network or device. The reasons vary, although personal gain and being paid by a third party seem to occupy a prominent place.

Frequent rotation of employees tends to prevent employee loyalty from developing. Employees who are disloyal to their employer are more likely to resort to leaking trade secrets to competitors.

Both at the beginning and at the end of an employment relationship, trust between the employee and the employer is the main issue that puts trade secrets in jeopardy.

Another factor that may be considered is that frequent changes of workplace give employees less time to internalise the company’s trade secret protection policies. Sometimes, a new employee is overloaded with information during the first days of work and then left to navigate the company’s rules and policies by themselves.

As an employer, one should avoid employees who are willing to bring the competition’s unlawfully acquired trade secrets. These persons will likely do the same with the new employer’s trade secrets when the next opportunity arises.

How can these challenges be foreseen and prevented ahead of time?

Employers can take appropriate steps to safeguard their trade secrets. Such steps include, for example:

However, aside from robust protection measures, such as the ones described above, employers should also use soft skills in relation to their employees so that relations do not become strained and employees have no incentives to harm their business.

As an employer, one should avoid employees who are willing to bring the competition’s unlawfully acquired trade secrets. These persons will likely do the same with the new employer’s trade secrets when the next opportunity arises.

What effect has the pandemic-induced spike in remote working had on the protection of trade secrets?

The pandemic has caught many companies off guard with respect to ensuring that the devices that employees work from at home maintain the same or a comparable security level of compared to the ones they use at work. Many employees had the chance to use their own unsecured and/or unmonitored devices.

This situation created more opportunities for trade secret leaks. On the one hand, employees have had less supervision and therefore could more easily misappropriate files and documents, and on the other hand, criminals have had a better chance to exploit vulnerabilities in the companies’ IT defences.

Do you expect these problems to grow more significant as hiring practices shift?

A 2018 study by the European Centre for International Political Economy estimated that currently 55 billion euros are lost annually to cyber espionage. Moreover, 289,000 jobs are at risk because of valuable information leaked to other states in emerging economies. The same report shows that by 2025, the equivalent of one million jobs will be at risk.

Remote work connects even more devices to the internet, and therefore the opportunities for exploiting IT services vulnerabilities will only increase in the following years. Exacerbating this is the decreasing global engagement of employees with their work.

The trade secret landscape, therefore, will remain challenging for both small and large firms to navigate in the years to come.

Are there any other notable challenges in the modern trade secrets landscape?

One of the most challenging issues with respect to the use of trade secrets by employees is the situation where such trade secrets become integral to the employee’s skill and experience.

The Directive (EU) 2016/943 of 8 June 2016 on the protection of undisclosed know-how and business information (trade secrets) against their unlawful acquisition, use and disclosure expressly provides that it will not be used as ground for limiting employee mobility, especially limiting employees’ use of experience and skills honestly acquired in the normal course of their employment. One such difficulty lies in that it is often difficult to separate trade secrets from skills of the employee.

Moreover, the Directive does not stipulate if and whether the former employees can use or disclose a previous employer’s trade secrets which said employee has acquired in a lawful manner. Therefore, this type of use and disclosure of trade secrets remains a matter for the national laws of the Member States. This in turn creates additional uncertainty and costs for employers.

MPR Partners is an international firm with offices in London and Bucharest. It offers expertise in business law, tax and insolvency law across the EU and beyond, and its teams are highly ranked by numerous prestigious legal directories, including The Legal 500, Chambers & Partners and Lexology Client Choice.

Flavia Stefura is a key member of the advisory department at MPR Partners, being primarily involved in IP, data privacy, competition, consumer protection and M&A matters. Bringing a wealth of experience from her work on behalf of reputed international law firms present on the Romanian market, Flavia is also versed in corporate and commercial, employment, regulatory as well as administrative matters. Recently, she also received the Intellectual Property Award of Excellence during publishing house Finmedia’s Top Lawyers’ Gala 2021.