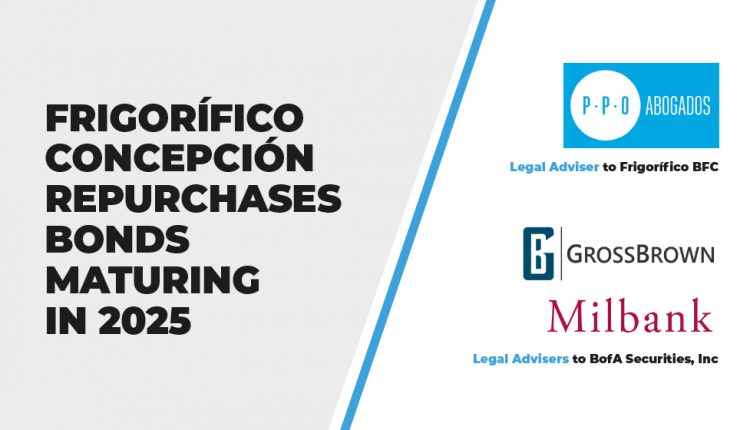 Frigorífico Concepción, Paraguay’s second-largest meat producer and exporter, has returned to the international market with a debt issue for $300 million. The bonds, guaranteed by its Bolivian subsidiary Frigorífico BFC, registered a coupon of 7.7% and mature in 2028. The company also launched a simultaneous offer to purchase its senior secured notes with a coupon of 10.25% and maturing in 2025 for $155.7 million of an outstanding capital of $161 million. The company obtained the consent of 96.71% of bondholders to execute the proposed amendments to the notes. Both operations concluded on 21 July 2021.

Asunción-based Estudio Jurídico Gross Brown and New York-based Milbank advised BofA Securities as Sole Book-Runner and manager in the issuance of the new bonds under Rule A and Regulation S of the United States, and dealer manager as in the repurchase. Cleary Gottlieb Steen & Hamilton advised the issuer and PPO Abogados advised the guarantor, Frigorifico BFC.