Werthein Group was advised on the successful transaction by Pollonais, Blanc, de le Bastide & Jacelon, among other law firms. 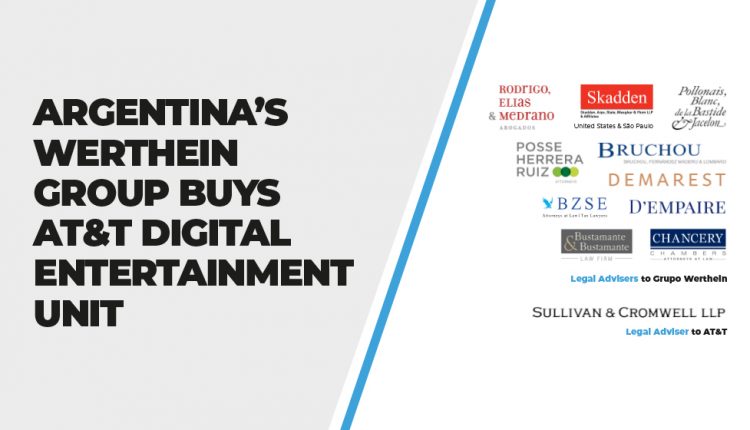 The Argentina-based Werthein Group acquired Vrio, a business unit of US media giant AT&T. Vrio provides live and on-demand digital entertainment services in 4K format for 10.3 million subscribers across 11 countries through Directv Latin America, SKY Brasil and Directv GO. The company’s assets are made up of satellites and transmission centres, and it has 9,000 employees.

This deal does not include Vrio’s broadband business in Colombia or AT&T’s stake in SKY México. The total cost of the negotiation was not disclosed, but AT&T reported losses of $4.6 billion for the asset under negotiation, $2.1 billion of which was accounted for by foreign currency translation adjustments. AT&T will continue to support Werthein Group in the context of billing, infrastructure and software over a period of between one and three years. For Werthein Group, the deal represents its return to the telecommunications business, in which it formerly participated through Telecom Argentina. The transaction, which remains subject to customary conditions, is expected to close in early 2022.

The Pollonais, Blanc, de le Bastide & Jacelon team was led by Associate Ranjana Rambachan who acted as Legal Counsel for conducting the due diligence, advising on and filing of regulatory applications, general areas of corporate and commercial and intellectual property advice and all other areas of legal advice associated with the transaction in Trinidad and Tobago.